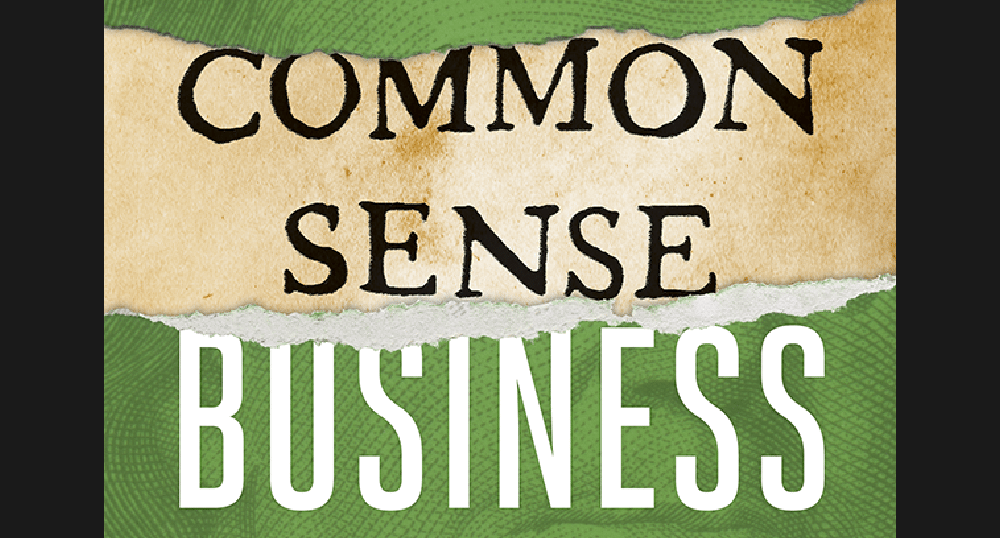 The authors endeavor to bring back “prudent behavior, framed by common sense,” which they say has “largely left both the business vocabulary and the parlance of everyday thinking in economics.”

And that is a shame, as Malloch writes in the introduction.

“We think it must be rediscovered in order to reorient business toward a better future where human flourishing is sustainably at the center of enterprise,” he writes. “It can again be habituated in good business practices and systems, and it is our intention not only to restore prudence to its rightful role but also to provide a rationale—complete with case-study illustrations and helpful tools—that can begin to move companies back in this right and good common-sense direction.”

Today, common sense is often abandoned in a blind attempt to maximize profits as quickly as possible. Common-Sense Business shows this mindset to be detrimental and unsustainable. The authors argue that common sense dictates that businesses be oriented over the long term toward the common good.

Malloch and MacMillan draw on recent research, history’s greatest minds, and their own successes to explain that ethically driven business is both a moral and financial necessity. Many groups across the political spectrum, from Occupy Wall Street to the Tea party, have become disillusioned with today’s business structures, thinking only the “global elite” or the “1%” truly benefit. Malloch and MacMillan show that businesses run on common sense principles inure to the benefit of everyone, from their employees to the communities in which they operate.

The authors, friends of long standing, form a dynamic team. While both have practical experience, Malloch is more the theorist and MacMillan a business practitioner at the highest level. Chairman and CEO of Global Fiduciary Governance LLC, a leading strategy and thought
leadership company. Theodore Roosevelt “Ted” Malloch conceptualizes and executes some of today’s most dynamic international projects. He has served in the US State Department and was president of the World Economic Development Congress sponsored by CNN, where Lady Margaret Thatcher dubbed him a “global sherpa.”
Whitney MacMillan is the former chairman and CEO of Cargill Corporation, the largest privately held firm in the United States in terms of revenue. Cargill has a work force of some 200,000 and scores of suppliers. It’s a model of a vertically integrated companies global business.

Common Sense Business has the potential to transform how companies are run and restore the public’s faith in capitalism as a solution to many of society’s problems. It’s a must-read for business owners, entrepreneurs, students, and businessmen and women in all sectors of the economy.