Get ready to run “Wild in the Streets”—Bon Jovi has a new album. The album hasn’t been released yet, but according to a tweet sent out May 25th, the album is complete. 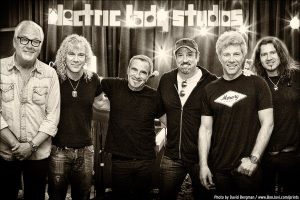 In August of 2015, Bon Jovi announced that they were splitting from Mercury Island Records. But there are rumors that they’ve reconciled.

The album, This House Is Not For Sale, was intended to be released in March, but had to be pushed back. It’s now set for release this coming fall.

This will be the second album without Richie Sambora, who officially quit the band in 2014, after skipping out on the previous tour. When asked about Richie quitting, all Jon had to say was “He’s quit. He’s gone. No hard feelings”

Once the album is released, a world tour will follow. Until then, we’ll just “hold on to what we’ve got.”