“Of Gods and Men” and Secular Europe

Home Movies “Of Gods and Men” and Secular Europe 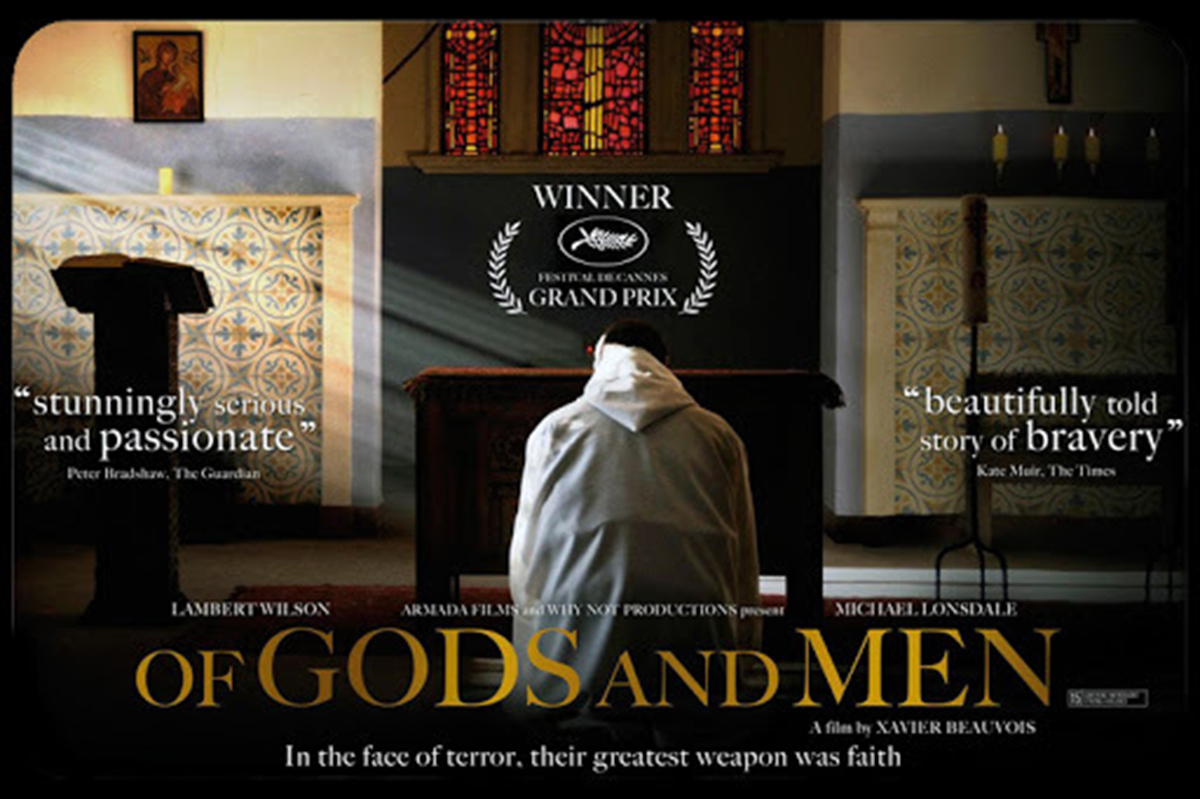 “Of Gods and Men” and Secular Europe

European filmmakers are turning their attention to religion, and producing some great works of art.

By any measure, Europe over the past forty years or so has become a vastly more secular place, certainly in comparison with the US. How strange, then, that just within the past decade, European filmmakers have produced some extraordinarily fine works with religious themes, works that make powerful statements about sanctity and martyrdom, sin and redemption, even about monasticism and pilgrimage. Most remain unknown to Americans, even to those Christians who would surely cherish them. I will highlight a couple of the most glorious examples.

By far the most significant is the 2010 French film “Of Gods and Men,” directed by Xavier Beauvois, which has a claim to rank among the finest religious works of art of modern times. The film is rooted in fact, telling the story of the Trappist monks of the Algerian house of Tibhirine, seven of whom were murdered in 1996 – probably by Islamist guerrillas.

It’s painfully easy to imagine how such a film about Christian heroism might have been made in Hollywood’s classic era of the 1940s. Think of Henry Fonda’s Catholic priest in the 1947 film “The Fugitive,” who could not enter a room without heavenly lights and angelic choruses. None of these elements, of course, features in “Of Gods and Men,” which describes a group of elderly and very human monks, who have simply decided that their divine calling demands that they remain at their posts until the very end.

“Of Gods and Men” won international accolades, and was respectfully reviewed by US media. Far more obscure though are some smaller and equally thoughtful pieces, the minor gems of recent years. One such is the “Letters to Father Jacob” (2009), directed by Klaus Härö. The film was a Finnish production, from one of Europe’s most radically secular nations. It depicts Leila, a tough and cynical convict – a murderer, in fact – who is paroled to serve as the secretary of a blind parish priest living alone. The setting is Lutheran, although to an untrained eye, most of the trappings seem wholly Catholic.

At first, she hates the task and despises the foolish old man. Increasingly, though, she is astonished to see the huge volume of mail that he receives daily, which consists entirely of requests for prayer and advice. Father Jacob is an intercessor, a man whose prayers have so often proved effective, and who cheerfully gives away his life savings to help an abused wife. Again without the shmaltz of classic Hollywood, this is a magnificent portrayal of modern-day sanctity. Ultimately, it is also about how Leila finds her highly improbable path to redemption.

By no means all recent films offer such positive messages, and modern European cinema has a very strong anti-clerical tradition. Plenty of films depict Christian believers as foolish or fanatical. But even some of the more cynical features offer a rewarding message. One such is Jessica Hausner’s “Lourdes” (2009), which describes the pilgrimage of a woman who suffers from multiple sclerosis. She believes she is granted healing, although the film is ambiguous about the nature of her experience. You can read “Lourdes” in many different ways, and it offers many images of crass religious commercialism and simplistic piety. At the end, though, you genuinely feel that you better understand a place like Lourdes, and the dreams and wishes that drive people there in their millions.

When you begin a film, you can normally identify its genre easily enough, and that gives you an excellent idea of how it will proceed. Trust me, you don’t have to stretch your mind too far to figure out what is going to happen at any given moment of “Guardians of the Galaxy.”

Prediction, though, is futile when you are exposed to a Danish film like “The Monastery: Mr. Vig and the Nun” (2006), directed by Pernille Rose Grønkjær.

Here’s the plot, which is entirely a true-life story. Jørgen Vig is a cranky retired professor, and lifelong celibate, who lives in a semi-ruinous Danish castle. For no apparent reason, he decides to donate the castle to the Russian Orthodox Church, with a view to founding a convent. Sister Ambrosia is the Russian nun who arrives, with several fellow-sisters, to assess the feasibility of the scheme. The film concerns the contorted relationship between professor and sister, as this smart and highly practical nun tries to make the best of a disastrous situation.

Haven’t we seen a plot like this unfold a thousand times? Well, no, in fact, never.

At first, we might be tempted to regard the film as a freak show, a bizarre encounter between incompatible characters. Only gradually do we realize what is actually at stake, as the convent project seems doomed to fail, and Ambrosia might be the only nun determined to work through to the bitter end. And then you realize what she wants, the point on which she will not yield. However many years it takes, she will stay with Vig until the end, until she has ensured that he finds salvation. Much like “Letters to Father Jacob,” the film becomes a truly moving spiritual study.

Watching such films, we may wonder just why so many come from Europe, and indeed from the most secular corners of that continent. Are these film-makers drawing on centuries of accumulated spiritual capital, or does their work suggest the existence of rising religious yearnings among Europe’s artists and intellectuals? However we resolve that question, these works of art thoroughly deserve our attention.

There is so much more to religious film than “Noah.”

Philip Jenkins is a Distinguished Professor of History at Baylor University and author of The Great and Holy War: How World War I Became a Religious Crusade.