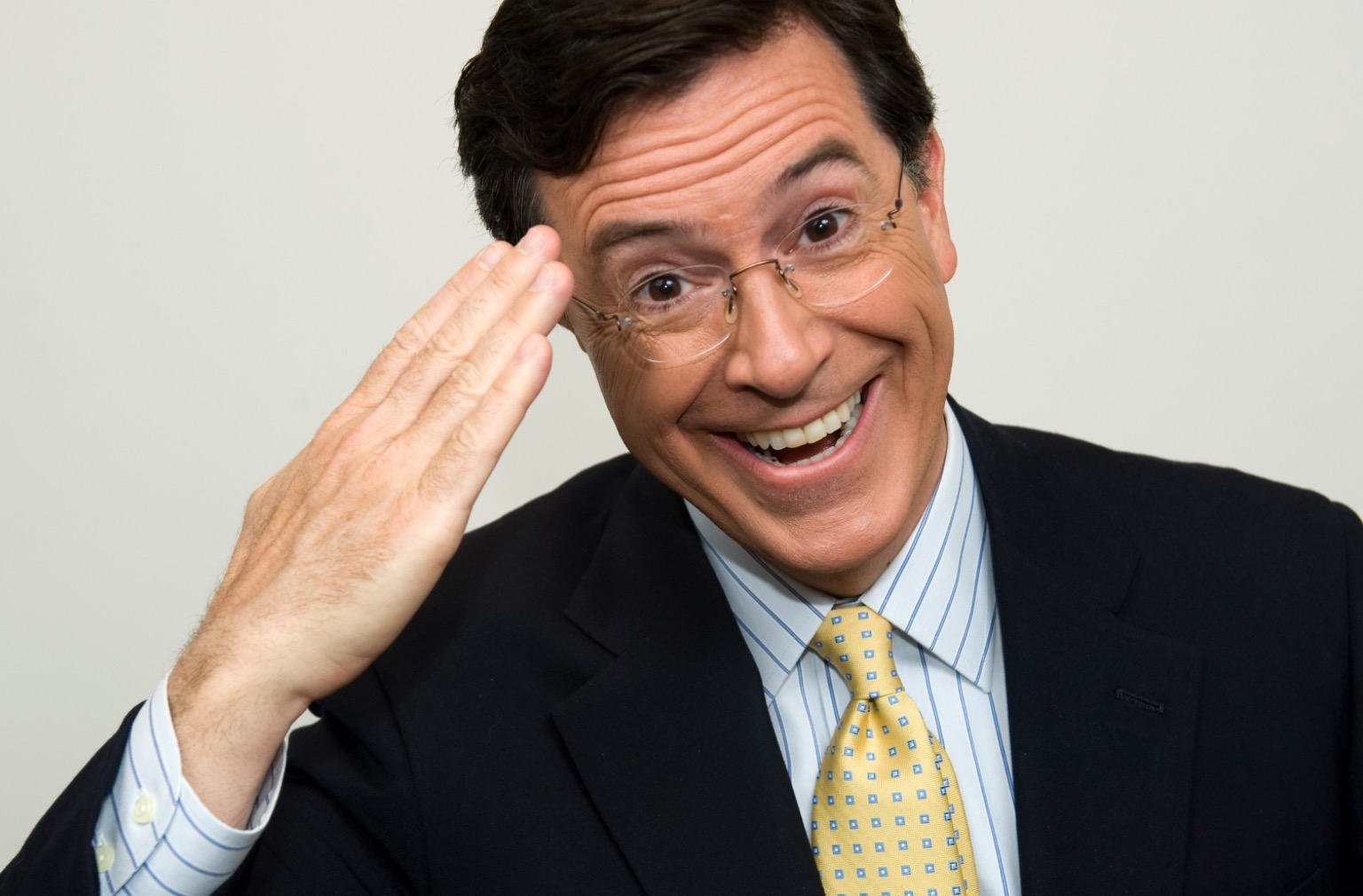 Stephen Colbert, host of CBS’s The Late Show, is responding to backlash for a joke directed at our President that was perhaps a little too unseemly on the Tuesday, May 2nd broadcast of the popular late night show. And if it wasn’t unseemly, it certainly seemed somewhat homophobic to many. Twitter is blowing up over the incident spawning a #FireColbert campaign this week.

Here is the monologue in it’s entirety:

I want to go on the record here. I have always been a fan of Stephen Colbert, especially when he hosted The Colbert Report on Comedy Central. I was also a fan of Jon Stewart from The Daily Show. Both shows could hammer a politician pretty good, but the hammering was non-partisan. Democrats and Republicans alike took their share of political ribbing. Political satirists and comedians have always taken liberties with politics and politicians, as they should, and they make us laugh all the time.

However, this monologue was particularly vicious. It was divisive, insulting many, infuriating others. It was personal — through and through. And I have a problem with that. And even Colbert admitted during his rant that his comments were made in defense of a friend who had been insulted by President Trump. Colbert referred throughout the monologue to Face the Nation Host John Dickerson’s interview with President Trump.

His comments, however, were received with less than friendly support from his audience and viewers. Twitter immediately started blowing up over the incident. 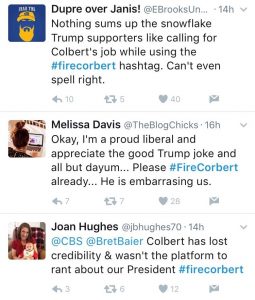 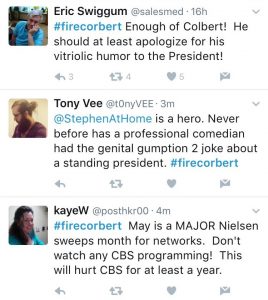 According to a Bustle news thread, Wednesday’s taping of the broadcast shows a slightly backpedalling Colbert in response to the backlash. An advanced transcript of the broadcast provided by CBS has Colbert stating he “would change a few words” in his previous statement.

“While I would do it again, I would change a few words that were cruder than they needed to be,” Colbert said, referring to his previous comment that “the only thing [Trump’s] mouth is good for is being Vladimir Putin’s c–k holster,” which many called homophobic. “I’m not going to repeat the phrase, but I just want to say for the record, life is short, and anyone who expresses their love for another person, in their own way, is to me an American hero. I think we can all agree on that. I hope even the president and I can agree on that. Nothing else. But, that.”

Colbert and CBS are somewhat transparent here. While attempting to assuage and mitigate the damage, it’s not exactly an apology. And sometimes people just want an apology.

CELEBRITY NEWS: Jimmy Kimmel also had a political message on Jimmy Kimmel Live when he announced the birth of his son. He was very emotional as he described his second child was born with heart disease. The talk show host said his new son, named William “Billy” Kimmel, successfully underwent open heart surgery at 3 days old. (Read full story here.) He also praised President Obama for making it possible for babies, children and adults alike to have access to health insurance regardless of pre-existing conditions.

Here she is lighting up the screen:

AT THE BOX OFFICE: The top movies at the box office may surprise you.

TECH NEWS: Using your iPhone calculator just got easier. Let’s admit it. You’re doing some simple calculations, hit the wrong number and groan. You clear the entire summation and begin over, carefully hitting each number exactly this time. I’ve done this 100, no, clear the calculator, 110 times myself.
Well all I had to do is swipe left or right and this easy hack deletes your last number. Swipe again, delete the next number!
Here’s how we learned this little frustration-saving step.

According to TeenVogue, we have a 19-year-old Baylor University student named Jazz Johnson to thank for this little know easy fix.

“Reading through a Reddit thread from 2014, Jazz discovered that you can backspace on the iPhone calculator simply by swiping left or right, BuzzFeed reports. In a video posted to his Twitter, Jazz demonstrates the newly discovered hack and in the process stuns iPhone users everywhere.”