The Uncompromising Comedy of Red Skelton 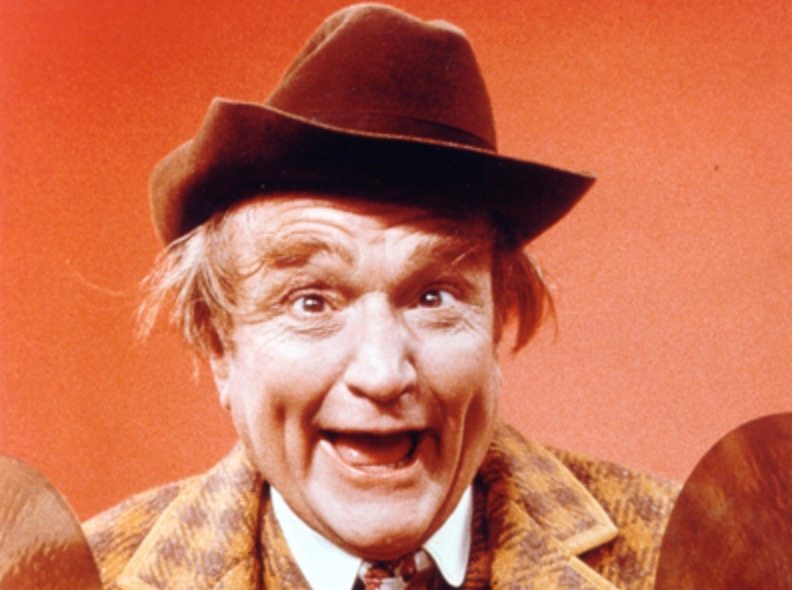 The Uncompromising Comedy of Red Skelton

Almost 20 years ago, America lost one of her premier and most legendary comedians, Red Skelton whose career spanned 70 years. He was a pioneer, establishing a benchmark of excellence in comedic entertainment. And when comedy began to evolve in the 1970s to more provocative and boundary-pushing topics including colorful and even extreme language, Skelton stood firm to his integrity and to his own brand of family-oriented comedy. He was uncompromising, and sadly, even though he still had a hit television show, it was cancelled, and the vintage acts of Red Skelton passed into legend. 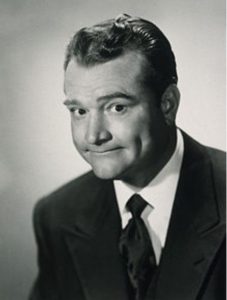 His act had been in public view since 1923, when he began developing his comedic and pantomime skills at the age of 10 and joining a traveling medicine show. He graduated to burlesque and vaudeville in 1934. His radio career began in 1937 when he appeared on The Feischmann’s Yeast Hour. That led to his hosting Avalon Time in 1938 and then The Raleigh Cigarette Program in 1941. It was during this time he was creating many of his characters he would incorporate into his sketches.

Skelton made his film debut in Having Wonderful Time opposite Ginger Rogers and Douglas Fairbanks, Jr. in 1938. He went on to have starring roles in number of musical and comedic films including Ships Ahoy (1941), I Dood It (1943), Ziegfeld Follies (1946) and The Clown (1953).

By 1951, The Red Skelton Show made its television premiere on NBC. It seemed Skelton had found the perfect home for his comedic sketches and funny routines in 1954 when CBS picked the show up. In 1962, CBS expanded the show to an hour-long variety show and changed the name to The Red Skelton Hour. It was a good marriage.

“At the height of his career, Red Skelton’s radio comedy show rivaled Bob Hope’s, and his mastery of mime and clowning instantly made him a Hollywood star. His rubbery makeup, rusty hair, and quick wit also earned him a hit TV series for CBS in 1951, resulting in three Emmy Awards. Skelton even considered fellow redhead comedienne Lucille Ball a close friend.”

Looking back, it’s hard to deny the impact Skelton had on comedy and on the entertainment industry as a whole. My only memories of the show were of my older sister, mother and father watching the show every week. I was only a baby, but my sister remembers. She recently said of Skelton’s show, “It was great comedy. When you look back on it now, it seemed to represent a time of innocence in America.” 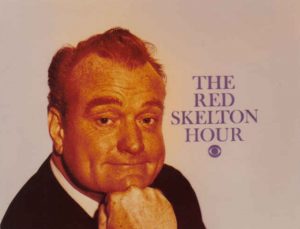 CBS cancelled The Red Skelton Hour in 1970, thusly ending the 16-year marriage. The regularly televised comedy of Red Skelton came to a permanent end in 1971 when NBC, which had picked the show up for a final season, finally cancelled the gentler art of this now television and comedic genius.  It not only broke the hearts of many of his long-time fans, it broke the heart of this clown too.

Stephanie Nolasco reported for Fox News that Skelton’s widow admitted that he was deeply saddened by CBS’s decision to cancel his show:

“He was heartbroken when CBS let him go because of demographics, and that was because of the change in comedy at the time,” his widow Lothian Skelton told Fox News on the occasion of the 20th anniversay of her husband’s death. “He moved on to NBC for a half-hour show. And although the shows were good, the ratings weren’t quite the same. In a half hour, he just couldn’t be the way he used to be. So in 1971, he decided to do personal appearances, whether they were in nightclubs or universities. He was easily doing 70 concerts a year…He lived a good, solid, all-American home life…That extended Red’s life, and for that I will always be grateful.”

“CBS, believing Skelton’s vintage acts just couldn’t resonate with younger viewers, cancelled his show in 1970. Saddened, but unwilling to change his gentler comedy, Skelton retreated to a quieter life until he passed away at age 84 in 1997.”

Red Skelton was the last of a generation of comedic clowns and slap-stick artists. His name will forever be linked to the likes of Buster Keaton, Laurel & Hardy, Charlie Chaplin, Groucho Marx and Charlie Chase. I think a quote from Red Skelton himself truly sums up his life’s work:

“If by chance some day you’re not feeling well and you should remember some silly thing I’ve said or done and it brings back a smile to your face or a chuckle to your heart, then my purpose as your clown has been fulfilled.”

However, a friend of mine remarked that one of his favorite things he’s seen Red Skelton do is the Pledge of Allegiance. Here it is.