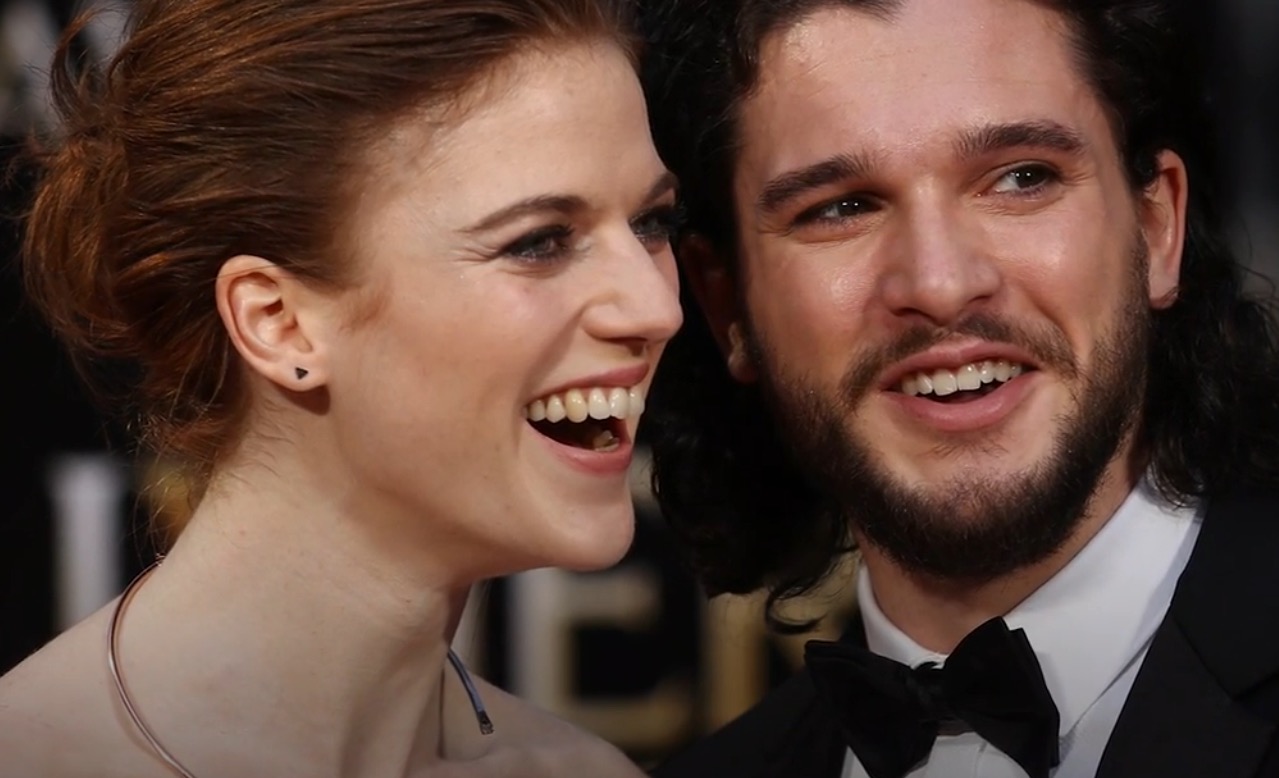 There is a whole lot of off-camera drama happening with some of our favorite Game of Throne stars. In fact three of the GOT actors have recently become engaged including Kit Harington and Sophie Turner — though not to each other! Sophie Turner, 21, announced her engagement to boyfriend Joe Jonas, 28, on Sunday. The couple, who have been dating less than a year, announced their exciting news through coordinated Instagram posts which shows the beautiful engagement ring Jonas gave Turner. Turner’s caption merely reads, “I said yes!”

Turner made her professional acting debut at the age of 15 as Sansa Stark when HBO first aired the fantasy television show Game of Thrones in 2011. Unlike most GOT characters, Sansa has been resilient, and Turner will continue in the role when the last season airs, hopefully in 2018 or possibly 2019. For those of us who are fans, all we can say is, finally, Sansa is getting a great husband! The role has brought the actress international recognition. She made her film debut in Another Me in 2013. She also plays a young Jean Grey / Phoenix in the X-Men film series. While the couple’s romance has been for most part very private, there have been glimpses since they began seeing each other last fall.

The news comes hot on the heels of the engagement between long-time GOT couple Kit Harington, 30, and Rose Leslie, 30. The couple made their announcement through The Times last month. For GOT fans, it’s the happy ending Jon Snow and Ygritte always deserved!

English actor Christopher Catesby “Kit” Harington, studied drama while starring in the National Theatre’s adaptation of War Horse. His film debut was in Silent Hill: Revelation in 2012. He was also in the romantic historical film Pompeii in 2014. He’s been in a number of other films including MI-5, a British spy film in 2015.

However, Harington has risen to prominence playing the embattled hero Jon Snow in HBO’s GOT. He has received much praise for his performance, and, in 2016, he received a Primetime Emmy Award for Outstanding Supporting Actor in a Drama Series. In 2017, Harington became one of the highest paid actors on television earning £2 million per episode. Rose Eleanor Arbuthnot-Leslie, known professionally as just Rose Leslie, is a Scottish actress who won a Scottish BAFTA for Best Acting Performance for her role in New Town. Though she rose to fame playing Gwen Dawson in the PBS drama series Downton Abbey, she is probably best known for her role as Ygritte, Jon Snow’s love interest on GOT. She currently stars as Maia Rindell in on the CBS All Access legal and political drama The Good Fight.