Folk vs. Country: What’s the Difference? 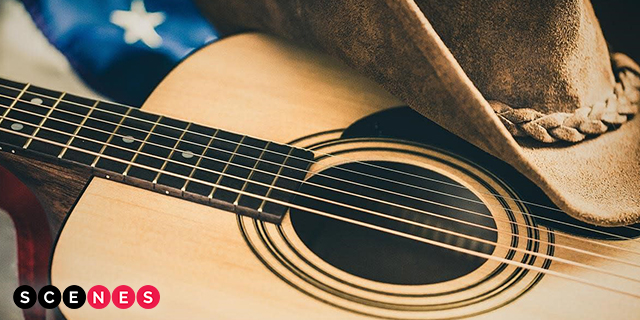 Folk vs. Country: What’s the Difference?

“You’ve got a song you’re singing from your gut, you want that audience to feel it in their gut. And you’ve got to make them think that you’re one of them sitting out there with them too. They’ve got to be able to relate to what you’re doing.”

Anyone who follows Americana music probably saw the recent news that Jason Isbell and his wife, Amanda Shires, decided to return their Country Music Association memberships as a result of there having been no John Prine tribute at this year’s awards ceremony. Certainly, the decision to exclude the late Prine (as well as Billy Joe Shaver and Jerry Jeff Walker) was likely much more complex than will be presented here. However, suffice it to say, it feels like a good jumping off place in a discussion of what, if anything, constitutes the difference between folk music and country music.

In fact, I was sitting with my dad when the news about Isbell came on. Both of us are enormous John Prine fans, but whereas we, too, would be totally content to see tributes to him on every TV broadcast ad infinitum, we agreed that we both saw Prine “as more of a folk singer than a country singer.” What does that mean? Definitely John Prine is among the rare artists who, having penned some country hits in his legendary career, undeniably blurred the lines between the two genres. Though it’s easiest to just place him under the blanket classification of Americana, for the sake of completely subjective and admittedly pretentious argument, if forced, I think most would assign him to the folk rack at their local record store. 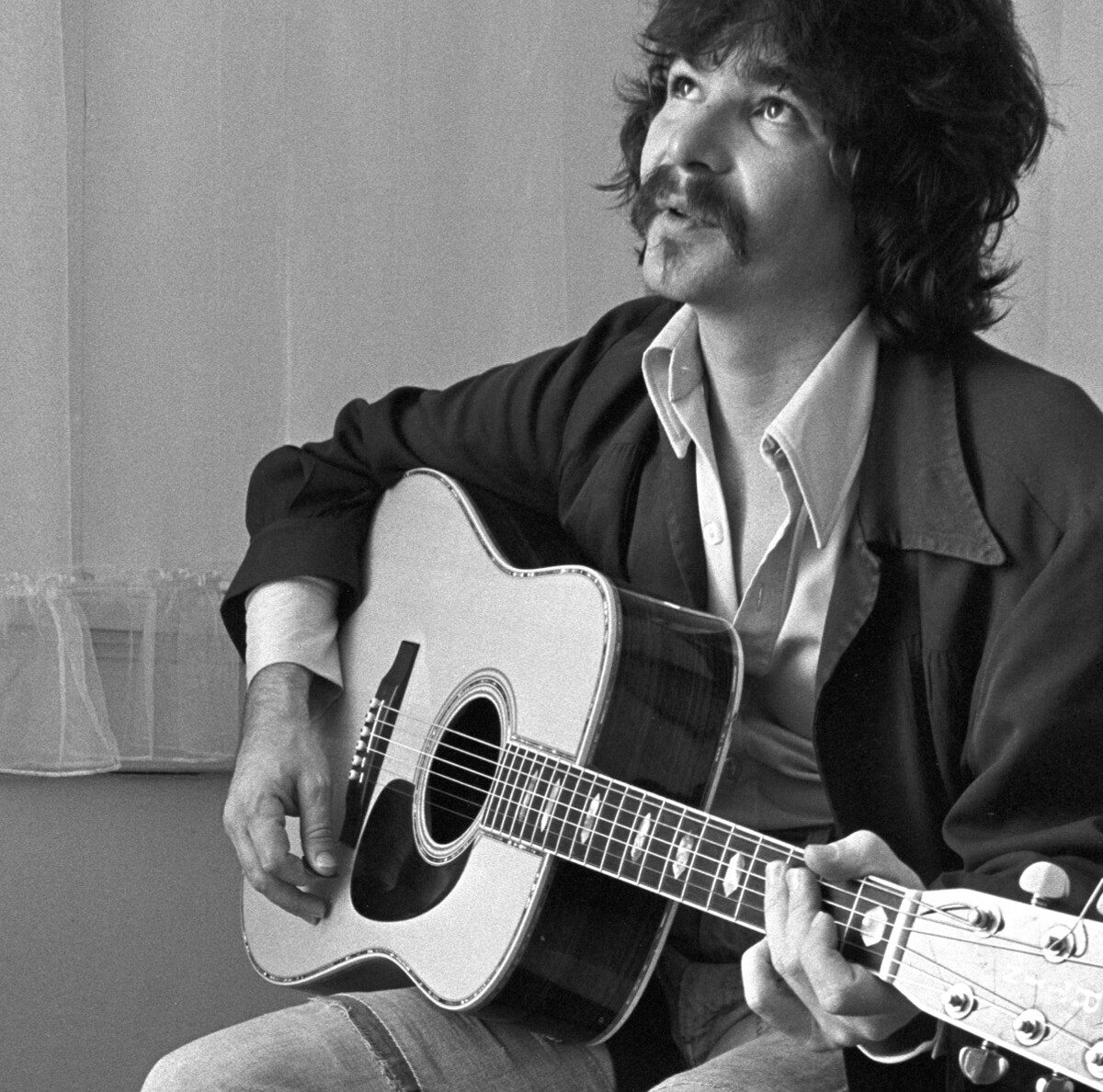 This conversation really got me thinking. As someone who is an avid lover of folk and country music, as well as a professional Americana singer songwriter myself, I guess I’d never really thought too hard about the difference. If nothing else, hopefully this article will just be a fun exercise—an illustration of my own personal thought process as I’ve mulled over the question. Moreover, my hope is that this basic exploration might just leave us all with a better appreciation of two incredible and important genres, which have come to make up the soundtrack to millions of lives and to narrate the greater story of common humanity.

So before we begin on my personal take on where the line between the two genres is found, I invite you to play a simple game with me. I’ll name a few artists, and all you have to do is decide whether you think of them as folk or country. There is no right or wrong answer, and I’ve purposely chosen artists that make that line especially indistinguishable—you’re welcome! The point is, there does seem to be an unspoken distinction, even on artists that seemingly cover both sides of the equation. Let’s begin: 1) Johnny Cash; 2) Emmylou Harris; 3) Bob Dylan; 4) Hank Williams, Sr.; 5) Woody Guthrie; 6) Willie Nelson; and 7) Steve Earle.

One final disclaimer: this article is only intended to be food for thought. From a strictly creative perspective, to get hung up on where a song or an artist falls on the genre spectrum is usually to miss the forest for the trees. Further, it is completely subjective. I hope if you’re reading this, you’ll consider offering your own definition between the two, because as we will see, there might be no real difference at all—and yet, the above game proves that many of us do differentiate, whether we realize it or not. Finally, it would take hundreds of thousands of words to even begin to do justice to the rich and expansive histories of either genre, so here we are just scratching the surface—and, as you’ll see, even that can get a little tricky.

So what is the the difference between folk and country music? Is there a difference? 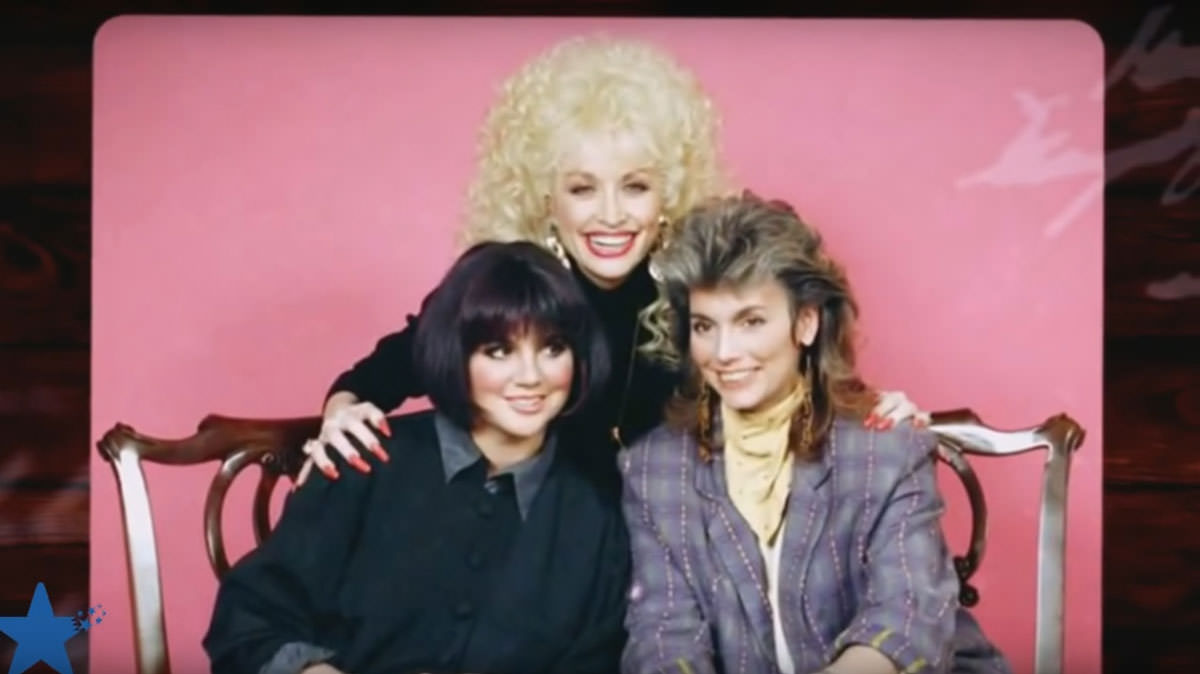 Maybe the most difficult aspect of distinguishing between the two genres is in attempting to properly define either one. For example, in its most basic sense, folk music isn’t even genre specific. It simply refers to: music that is culturally representative of a specific subset of people—or more basically, music of common people with its emphasis placed on preserving the traditions and stories of its community. In many cases, folk songs we still hear today can be traced back hundreds of years, and, though often they have been readapted to reflect the times of their performer, they represent an important bloodline that runs throughout the greater human story.

As Kim Reuhl puts it, “The term “folk song” covers a vast array of musical styles, from traditional country and western to Cajun and Zydeco and Appalachian music to the songs of the urban diaspora. Academically and within the tradition of American folk music, a folk song is one that uses traditional melodies and/or modes to speak on a particular topic.” She goes on to point out that though folk songs aren’t always topical or meant as socio-political commentary, many of the artists that we have come to associate with the folk singer archetype were, indeed, protest singers—i.e., Woody Guthrie, Pete Seeger, Bob Dylan, Joan Baez etc. Each of these artists utilized traditional melodies and forms, while altering the lyrics to speak to the intense political climates of their eras.

In other words, country music is a form of folk music, but folk music isn’t always country. One issue here, therefore, is that, with this loose definition, it becomes almost impossible to point to any music that isn’t in some way justifiably folk. For example, rap music, in the way that it often explores the harsh realities that have plagued our inner cities and Black communities, while also frequently sampling or referencing other songs, is also a folk tradition. There is no definitive beginning to folk music, and its reach is as vast and diverse as humanity itself. Thus, going back to our earlier game, we are still left with the question of what it is we base our differentiation between a “folk singer” and a “country singer.”

Country music, on the other hand, does have a generally agreed upon genesis: The Bristol Sessions. On July 24, 1927, Ralph Peer, a representative of the Victor Company, posted an article in the Bristol (TN) News-Bulletin that read, “The Victor Co. will have a recording machine in Bristol for 10 days beginning Monday to record records — inquire at our store.” The Victor Co. had already released the music of one local family, The Stonemans, to massive success. It was proof to the label that traditional, Appalachian music—in this case played on instruments that Ernest “Pop” Stoneman handmade for his family—was marketable; so marketable, in fact, that it had netted the working class family $3600 in 1926—three times the national wage.

When this latter point was included in the local newspaper days later, Peer and Victor got their wish: legions of local performers, most of them common, impoverished laborers singing songs that had been passed down in their families for generations, lined up for their chance at a better life through the burgeoning traditional music market. What resulted was one of the single most important cultural events in the history of American music. Out of the yearlong Bristol Sessions, came the discovery of legendary artists such as The Carter Family and Jimmie Rodgers, and the widespread distribution of this new genre of “hillbilly music” with the help of radio stations like Nashville’s WSM and its Grand Ole Opry (called the WSM Barn Dance until December 1927).

What’s important to note in this discussion is that most of those early performers were playing traditional folk music. In fact, A.P. Carter of The Carter Family actually went around to local families and collected their songs to perform—many of which he retooled with lyrics suitable to his life and his era. In other words, country music was actually founded on a unique distillation of traditional folk music brought to the US by immigrants from Europe, Africa, and Latin America; a perfect example of this is found in Jimmie Rodgers’ trademark yodeling technique, which finds its origins in the traditional music of Switzerland.

That being said, as country music became increasingly marketable and new artists from primarily the American South began joining the fold—each with their own variations on the song forms—gradually the genre began to mold into its own unique style. Suddenly, there was a foundation on which artists like Hank Williams, Sr. or Woody Guthrie could utilize tradition to explore their own original creative voices. Interestingly enough, these two artists, who are not so radically different sonically, could be seen as the definitive archetypes for the country singer and folk singer respectively. Their primary difference comes in the themes they chose to focus on. Whereas Williams is known for his timeless songs of love, loss, and self destruction, Woody is better known for his cutting social commentary.

Therefore, just as these two artists drew from the same well of traditional inspiration, both the genres of country and, what we now think of as, folk, began to differentiate from one another as variations on the same source material just with different thematic emphases—and different audiences to which they were being marketed. Over time, the lineages continued to individuate in a similar fashion, as country became perhaps the primary voice for working class, rural Americans and folk focused more heavily on socio-political issues such as war, civil rights, and workers rights, and spoke more specifically to Americans living in urban areas—best illustrated in the folk movement of the 1960s.

Of course, dozens of examples to the contrary can be found, and these characteristics are by no means the be-all or end-all on either genre, as through the years both have evolved into countless permutations and experimentations—sometimes to the dismay of its traditionalists (see: Pete Seeger’s outrage at Bob Dylan going electric at the 1965 Newport Folk Festival).

Therefore, perhaps the easiest way to think of folk and country music is as sister genres, two sides of the same coin, each founded on similar ideals: being representative of the common communities and cultures they serve; being music that can be played on front porches as well as on stages; and celebrating and intentionally building upon the lives and creations of those who came before.

Thus, though we can sit down and somehow assign most artists to one category or the other, that mostly results from the way in which each genre has been marketed (or not marketed) by radio stations and record labels over the years. Out of that classification, folk music and country music has, at times, diverged on what production decisions are “acceptable” within its craft—i.e., the level of complexity in its lyrics, the sparseness of its instrumentation, and the proportions at which it implements the various roots genres.

However, the two genres have always been nearly inseparable at heart. Just as Johnny Cash and Bob Dylan shared a mutual admiration; just as there would likely be no Simon & Garfunkel without The Everly Brothers; and just as every kid who ever picks up an acoustic guitar is undoubtedly strumming right along with Mother Maybelle Carter, whether they realize it or not.

All of that to say, we all have our own opinions on where an artist like John Prine might fall on that nearly indistinguishable line between folk and country, but at the end of the day, what matters is that each genre, at their center, celebrate the same thing: the belief that man’s greatest triumph is in his willingness to see himself in the ever growing, unbroken circle of all who came before and all still to come—“by and by, Lord, by and by.”