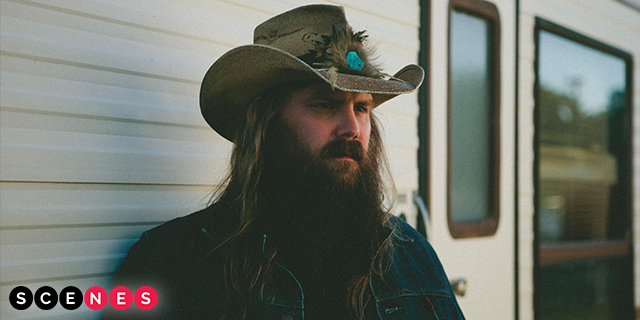 Country star Chris Stapleton, who has garnered praise for his edgy spin on the more traditional side of the genre, blew through an electric performance of his new song “Devil Always Made Me Think Twice” on Stephen Colbert’s Late Show.

Stapleton and his band performed the song from a studio, delivering a blistering rendition of the song from his latest album Starting Over. The singer/songwriter has garnered critical praise over recent years for his take on the country music genre, and even went viral after a performance with Justin Timberlake a few years ago.

Stapleton’s album recently debuted at number one on the country music charts, marking the first number one debut for the artist in his career. It also landed at number three on the Billboard Top 200, and the title track is on the Hot Country Songs list at number seven.