SCENES Media Co-Managing Editor Elizabeth Kennedy Ryzewicz sits down in an exclusive interview with her friend and film director, Brian Baugh, and they talk about Baugh’s life and beautiful forthcoming feature film, The World We Make.

SCENES: You have so much work and history there.

BRIAN BAUGH: That’s right—I kind of feel like I live here and I work in L.A. [Laughs.] There’s nothing like Los Angeles for me in terms of my own history, the density of long term friends and my work relationships there… I will always maintain those friendships and I will work with my colleagues there for my whole career. And Nashville is a really impressive place, I am really enjoying collaborating with people in the growing vibrant film community here. Right now I am finding inspiration [here in Nashville]… where I live is where I write, because who knows where you’ll be directing.

SCENES: That’s a good point… because your productions are not just day shoots anymore…

BRIAN BAUGH: Casting is usually in L.A., and post-production is rarely where you shoot, anyway.

SCENES: I grew up in L.A. and I have friends with wonderful families there- but it can be hard, as an artist, to raise a family there… and it’s not getting easier.

BRIAN BAUGH: We are thankful our kids got to experience some childhood there… our connection to Nashville is more about my personal life and family than about my job, at this point. Really, Nashville has vibrant artistic community, and it’s an exciting city.

SCENES: What part of Nashville are you in?

SCENES: Franklin is amazing. And booming! The schools are so good and the downtown is adorable.

SCENES: I know I love it. OK, focus up, back to movies: To Save a Life, a drama about teenage suicide, and I’m Not Ashamed, about heroic Columbine victim Rachel Scott, are both pretty heavy. Both beautifully done, too. Would you say were you ready for a romance?

BRIAN BAUGH: Right after both of those projects wrapped, I immediately wrote a comedy— a cathartic way to get out of the thickness, to get into something lighter. I mean, those were important movies and they say something about our culture and where we are, as a country, and I’m really proud of the depth of both of those films, but yes, I’m definitely ready to work on something not as heavy, more pure entertainment, where people are not left with such a heavy feeling.

SCENES: Totally makes sense. And both films had a big impact. After To Save a Life, I remember there was a big movement online for anti-bullying and depression and anxiety support among teens, right? And it was towards the beginning of social media stuff.

BRIAN BAUGH: Yeah, that was 2010 and we had 1/2 a million followers at the time—that was really unexpected. A bunch of people wrote into the website and there were really touching stories- almost like thank you’s- over 5 or 6 thousand stories from people all over the world.

SCENES: Really powerful. And you got really close with your cast on that set?

BRIAN BAUGH: Oh yeah, I’ve become close to the cast on everything I have directed- I can’t see it any other way. It’s so personal. It really is like a great summer camp experience – so many great memories- everyone coming together and you work so hard, there’s a bond that forms there and it’s a special experience.

SCENES: And for something important. And you wrote on both those films, too, right?

BRIAN BAUGH: I was a writer on To Save a Life and The World We Make… but I love directing the most. I’ve written over a dozen screenplays now and feel like I am getting better at that and have been able to practice. The dream as a director is to get offered a project with a perfect script – but that is rare. Writing is so painful and difficult, and it’s often the director’s responsibility to help with that. I believe, when possible, every director should adjust the script, make a pass to adjust it to their strengths and vision. You want to shape it to make it the best version for who you are as a director.

BRIAN BAUGH: A good friend of mine, producer Kim Carpenter, talked to me about the film, and it was set to shoot about 4-5 miles from my house…

BRIAN BAUGH: Yeah, we got a lot of bang for our buck, the locations were beautiful and we had lots of equestrian experts nearby who helped with the horses

SCENES: Stunning location for a romance.

BRIAN BAUGH: Definitely, and I was really compelled to go against convention and do an interracial romance that was set in the heartland because its getting more and more common and just with some of the racial issues that our country is facing, I was really excited to be a small voice with that and get people to think about how they treat other folks and how they treat other people that look differently. I was excited to do something about the harmful assumptions people make, and do more of a millennial take on it— showing the small things we do that could potentially hurt other people… but it’s not something that takes over the movie, overall, the film is a fun romance. Working to achieve your dreams—that’s the dominant theme. At the core, the film is about what it looks like to identify your dreams and the persistence and perseverance that it takes to make your dreams a reality.

SCENES: When can audiences see the film?

BRIAN BAUGH: We just locked picture and are just now entering into final stages of post, and we’re working on the music.

SCENES: The trailer is phenomenal, the footage is gorgeous. Sam Sullivant did a great job with the cinematography.

BRIAN BAUGH: Sam is a good friend, another L.A. to Nashville guy. He is awesome.

SCENES: Any advice for up and coming filmmakers? After all, one of the main themes of The World We Make is to follow your dreams…

BRIAN BAUGH: The best thing is always to get out there and do it—it’s so much easier now than it used to be. And of course, everyone everywhere can always try writing. What separates the people that make it is that they are willing to put in the work. They have the discipline and desire to just keep trying. I would also say to experiment, a lot. Experiment and learn and grow as an artist—at the end of the day, it’s really about who is willing to work the hardest— it’s typically not an overnight process. I don’t see any easy roads.

SCENES: That’s the truth. Brian thank you so much. We are all excited to see your newest film…

Stay tuned in mid-2019 to see Brian Baugh’s beautiful new film, The World We Make, and until then, check out other Baugh classics To Save a Life and I’m Not Ashamed. 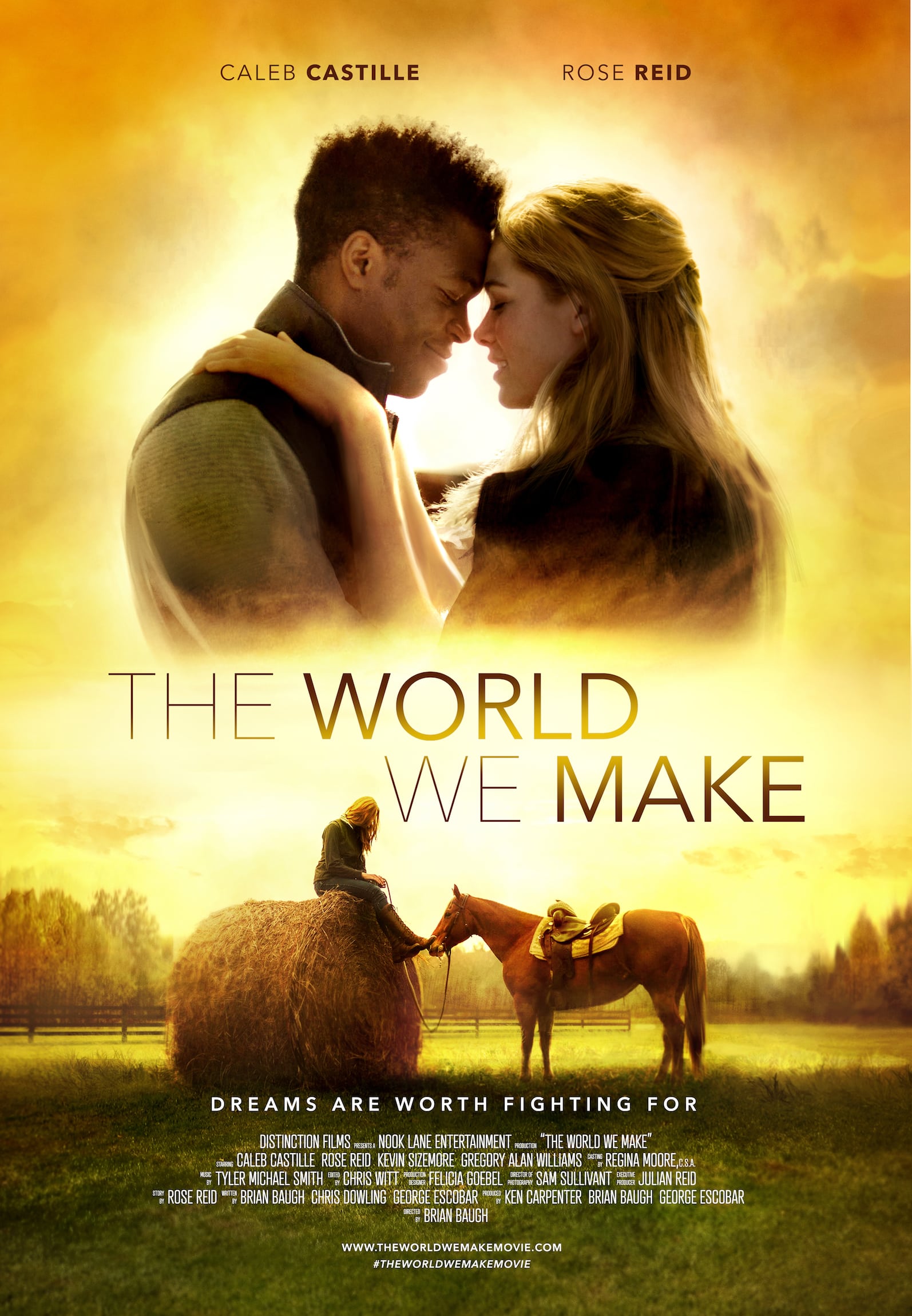