“Rectify”–One of the Best Dramatic Series Ever

Home Feature “Rectify”–One of the Best Dramatic Series Ever 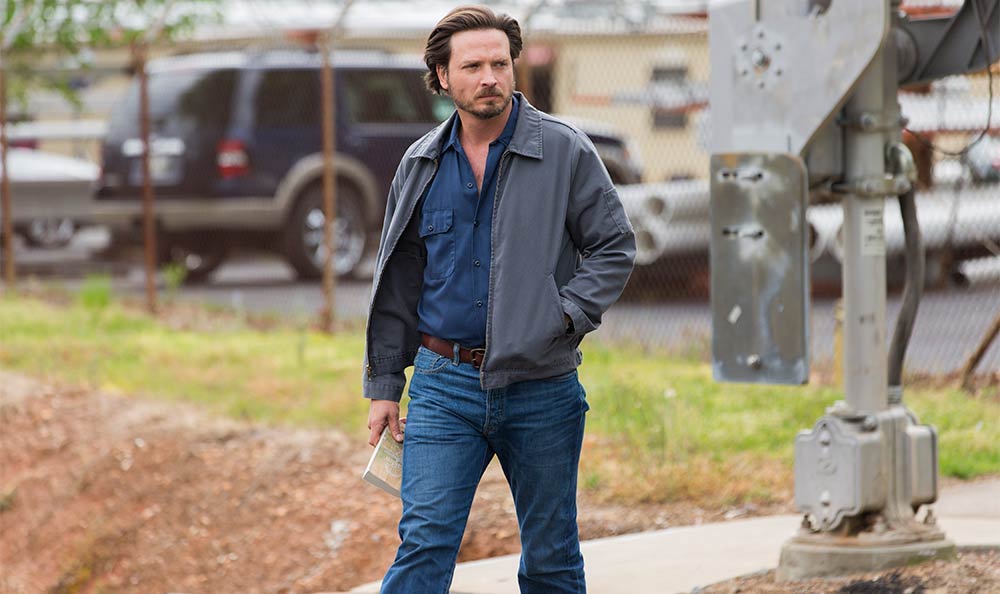 “Rectify”–One of the Best Dramatic Series Ever

The Sundance Channel series Rectify works for many of the reasons that television series–at least in America–usually don’t work. It is slow-paced, artistic, lacks gratuitous violence and is generally written and acted with an affecting sense of realism.

Fans of the series point to their appreciation of the deep psychological battles that its main character Daniel Holden (Aden Young) and his family undergo.  Daniel escapes death row after his sentence is commuted three times on a technicality. Convicted for the murder of his girlfriend when he was just 18, Daniel has spent twenty years—the entirety of his adult life—in jail. And the sheriff who originally led the investigation aims to lock him right back up. Daniel has a formidable defender in the person of ace attorney John Stern (Luke Kirby) who also happens to be dating his sister.

The crux of the drama lies in the fact that no one seems to remember what happened on the night of the murder, and the townspeople are all more or less convinced of Daniel’s guilt. In one ethereal episode, one of the boys who was with Daniel on the night in question returns to the scene of the crime and commits suicide: guilt? Was he—or another friend who accompanies him that day –the real killer? No one in this series is actually going to tell you, and that’s the beauty of Rectify. Rectify isn’t just that rare series where both “sides” get fair play: we come to understand not just the harm that has been done to Daniel’s family but to that of the dead girl’s family equally, as well as to the whole town that has been grieving ever since.  More interestingly, we never really find out what is going on in character’s heads or in events from the past—we experience them the way one might experience them in real life, left to guess, to doubt. It’s kind of revolutionary.

Take Daniel himself.  He is an unlikely subject for a television portrayal because he–like many people in real life–defies easy stereotyping.  He is a remarkably bright guy who reads throughout his jail stay and inspires his African American cellmate to face his upcoming death–unlike Daniel, the latter is executed. He visits the friend’s mother after his execution. But Daniel also seems borderline autistic (or something similar, we never find out) and that makes his reaction to things–from the murder of his girlfriend down to being raped in jail and then beaten after he gets out—almost undecipherable. He takes off on long seemingly aimless walks and pulls apart the family kitchen down to the floorboards when he misunderstands his mother’s wish to renovate.  He is, to put it simply, one odd fellow. Not only does he not defend himself physically when he is beaten up, but he purposefully chooses not to identify his attacker to spare him being prosecuted.

Why does Daniel not identify his attacker? Is it because he understands the grief that the latter—who happens to be his murdered girlfriend’s brother—has undergone as well? Or is it simply to avoid wreaking more needless havoc in his small Georgia small town? Or is he perhaps guilty of the crime in question? For the first two and half seasons, we simply don’t know.

The character of Daniel’s mother–virtuous and forgiving; his sister , played by Abigail Spenser—clever, cynical and gorgeous and dedicated to Daniel to a point of almost self abnegation; and of his step brother Teddy (Clayne Crawford) , a red-blooded business minded yahoo of sorts who wants to take over the family business and abuses his religious wife Tawney Talbot (Adelaide Clement) are all layered and fascinating. Tawney admits that she cannot figure out if her attraction to Daniel was purely out of empathy—or perhaps it was physical as well? Or was it propelled by the treatment she experiences at her husband’s boorish hands? Her inner struggle with her own need to believe and the authentic goodness that emanates from her make her a truly fascinating, deeply layered character.

Rectify is also one of the most textured depictions of small town-America, small Georgia in this case, a place where everything from unapologetic white trash, to tried-and-true working class to a few wonderfully bright and liberal denizens seek in spite of tragedy and obvious economic downturn to somehow co-exist.

More reasons to watch Rectify: a scene in season one where Daniel visits a skate park with his younger brother provides one of the most beautifully shot scenes in recent TV memory: young men at play, angle against angle, shape against, shape, limb against  limb: the slow-motion sequence manages to be beautiful without being exploitative, violent or sexual. And at the heart of the series lies the mystery of what really happened one warm summer night to a young girl, on a rock in the deep Georgia woods. Rectify is one part tragedy, one part cop drama, one part American Gothica. And towards the end of season two Daniel does some remembering of his own which brings the series to a surprising climax. It may be a bit slow for some folks to handle–but for those who find the pacing to their liking, it’s a once-in-a lifetime treat.