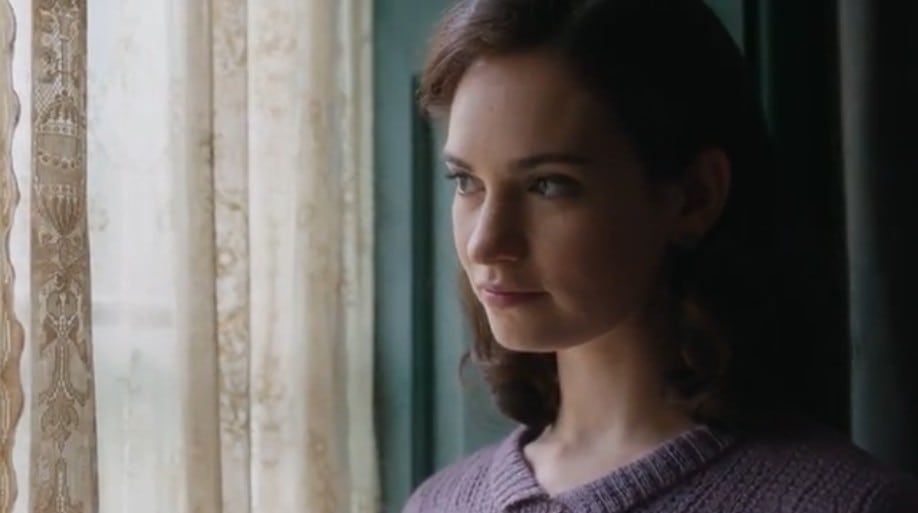 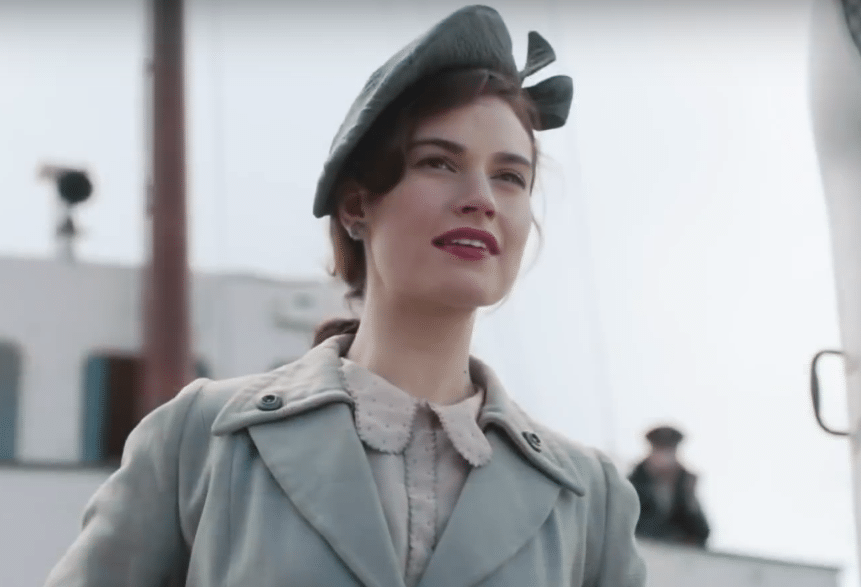 When my best friend Jamie sent me the trailer for The Guernsey Literary and Potato Peel Pie Society, I was a little skeptical (what an absurd name!).

By the trailer’s end, tears gushed down my cheeks. I needed to see this movie. My life would not be complete until I had done so.

It took about two seconds to figure out why Jamie shared the trailer with me – it’s about a writer who finds her best story and best love all in one go (goals).

Weeks later, my boyfriend’s grandparents plopped a stack of movies down for us to take our pick for movie night. After a big day at the beach, I felt keener to hit the sack than watch a flick. I opened my mouth to say, “rain check,” then shut it so hard I almost bit my tongue.

For right on top of the pile, there it was: The Guernsey Literary and Potato Peel Pie Society. I emitted a squeal of joy instead.

In the end, I was the only one who stayed awake the whole movie. If you’d seen how hard we went at the beach, you’d trust this is not a testament to the movie being boring, but rather to how wildly exhilarating and insanely inspirational it really was. It is a historical romance of the highest order.

I went from barely being able to keep my eyes open to wide-eyed and open-mouthed, fully prepared to stay up all night writing a 200 page novel: I’d do whatever it took for my fate to mirror that of the movie’s main character, published writer Juliet Ashton (Lily James). I leaned forward on the couch, practically drooling as I gulped in every scene from start to finish.

The scene is post World War II Great Britain, an aesthetic (think Outlander) that fosters a sort of tragic, longing romanticism – not to mention style – that always leaves me yearning to have lived in that time.

And the leading lady is perfect for the setting. I didn’t realize how much I love Lily James as I haven’t yet seen Darkest Hour or Mamma Mia! Here We Go Again, but from the second she stepped onto the streets of London as Juliet, I was devoted. And Juliet’s best friend and publisher, Sidney, is none other than Matthew William Goode, who we’ve all loved since Chasing Liberty and Leap Year. 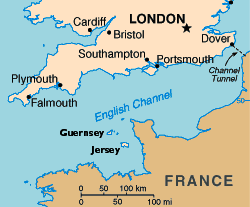 The movie is based on a historical novel of the same name, written by Mary Ann Shaffer and Annie Barrows and published in 2008. It’s an epistolary novel composed entirely of  letters the characters pen to each other in 1946. It’s not based on a true story, but rather inspired by histories Shaffer read about Germany’s WWII occupation of Guernsey Island (a British Isle closer in physical proximity to France than Great Britain).

It wouldn’t be until 20 years after Shaffer read these histories that she began writing The Guernsey Literary and Potato Peel Pie Society. Shaffer died before it was published. When she fell ill, she asked her sister’s daughter, Annie Barrows – a successful author of children’s literature – to complete the final round of the book’s edits after her death.

So now you get the Guernsey part, but what about the strangest bit of the title – the “Literary and Potato Peel Pie Society”? I’ll just tell you it’s an illicit local dinner party’s way of outsmarting the Nazis to spare their lives. You’ll have to watch the movie to see just how they pull it off.

This film illustrated disturbing details about the devastation wreaked by Nazi occupation in places and ways I hadn’t previously considered. I vaguely knew the Channel Islands marked the only part of Great Britain the Nazis occupied during WWII. But I didn’t know the Nazis sent prisoners of war to the islands for forced labor to build hideous fortifications in these previously picturesque communities. I also didn’t know all the children from the Channel Islands were shipped away from their homes and parents just before the occupation began, separating them for five interminable years. 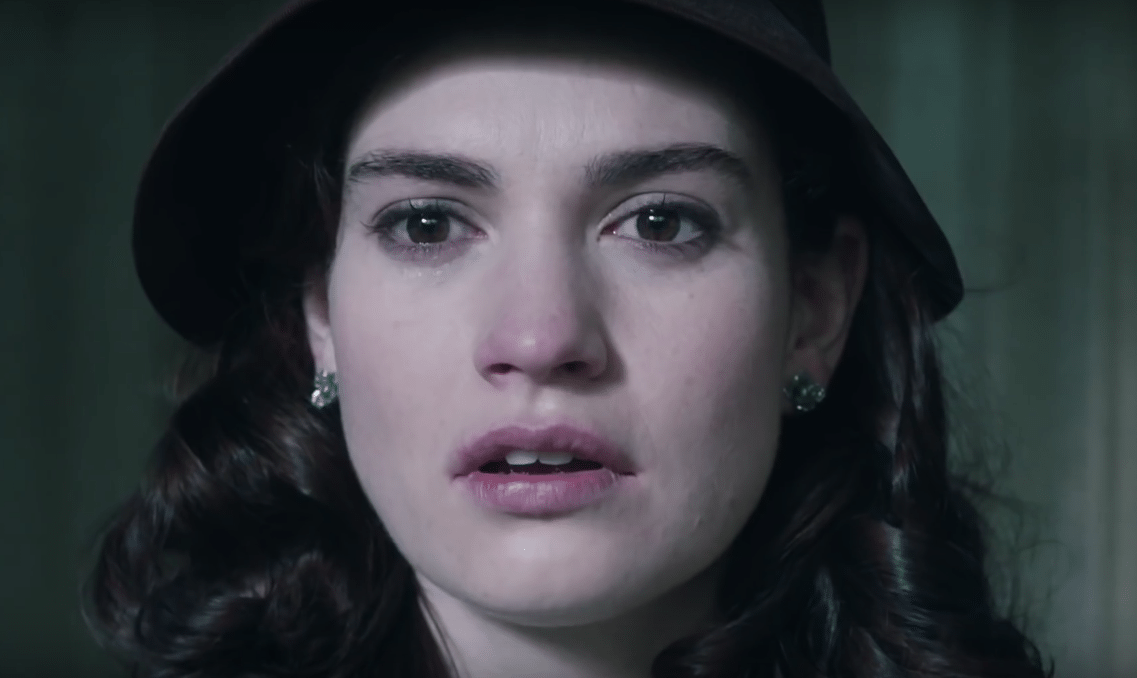 I came away with a broader understanding of the atrocities of the Nazi reign. Sometimes stories that need to be told are painful to witness. But the dark knowledge they instill hopefully will help keep the world from ever allowing such darkness again.

Despite this story’s demonstration of the depths of Nazi cruelty, it also reminds us that even the most evil organism can have good components. No matter how murderous and vile (can you think of any group easier to hate as a whole than the Nazis?), it is never acceptable to categorize every member of a group as bad (as, for instance, the Nazis did with their undeserving victims).

An utterly forbidden, but unavoidable, bond of love between the Society’s founder, Elizabeth McKenna (Jessica Brown Findlay) and a Nazi officer assigned to Guernsey during the occupation demonstrates this principle to the utmost. The consequences of their love affects every other of the story’s characters irrevocably.

My favorite aspect of the movie was the strong female character who is Juliet Ashton. She is a female writer who doesn’t care if anyone reads her books or not – (for instance, her biography of Anne Brontë, which sold 28 copies worldwide). She writes because she loves it. She writes because she believes in, is compelled by, and herself has been saved by the power of books.

Fittingly, it is through the power of books that she discovers and procures (after a dramatic love triangle) the love of her life. And best of all, in the closing scene, it is SHE who proposes to her love that he marry her.

And he says yes. Because a story this tragic deserves a happy ending.