SCENES Media’s Most Anticipated Movie of 2019 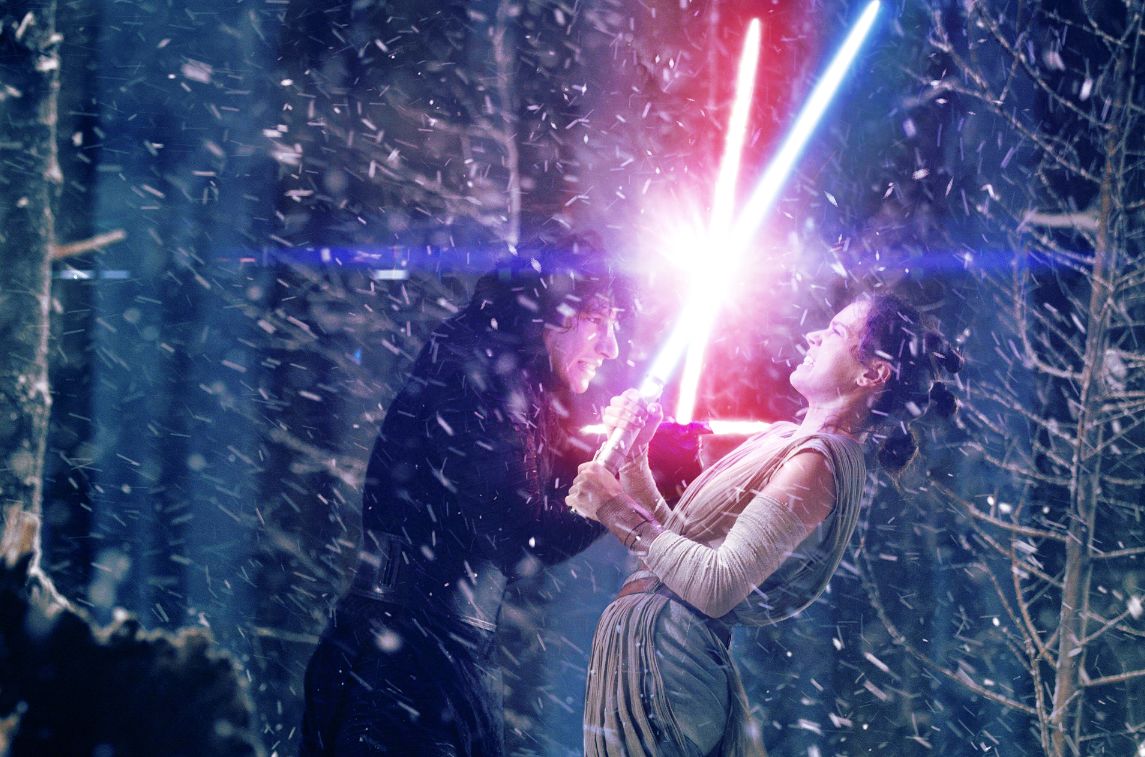 SCENES Media’s Most Anticipated Movie of 2019

Star Wars Episode IX, the Skywalker Saga finale, is in full blown production, and as of this writing is set to release next Christmas, 2019.

The Star Wars franchise, lest we should forget, was born out of George Lucas’ love for creating compelling science-fiction motion picture stories from found objects, sounds and spaces. Back in the day of VHS “Star Wars,” there were no green screens, just ship models, forced-perspective sets and sound design tools from the junkyard. Sound designer Gary Rydstrom has told the tale that the original Darth Vader breathing sound was recorded over the downtown Los Angeles highway overpass, through a vacuum-cleaner tube. The first real incarnation of Lucas’ passion was his USC Film School short film of a dystopian future, “Electronic Labyrinth THX 1138 4EB” (whose title included his student phone number).

Lucas’ first (completely produced) short film seems like it could be underestimated as a set of soul-less ascetic costumes and minimalistic production design. But the 1971 feature length version, “THX-1138” and the subsequent Star Wars legacy with the same set of ideas make it clear that young George Lucas had a passion-fueled dream in his heart to tell stories that transcend time and space, figuratively and literally.

Now, fast forward to 2019: if you love story, if you love film and if you love Star Wars, which the editorial team at SCENES overwhelmingly does, then there is only one clear choice for the top must-see film for 2019.

Episode IX, whose full title has yet to be revealed, is being written and directed by modern storytelling master J.J. Abrams. Need we say more? Yes! The recently-minted classic characters are all back: Rey, from the fiery Daisy Ridley; Adam Driver as Kylo Ren and John Boyega as the beloved Finn.

Sadly, we might need to wait until April 2019 for the full trailer, which John Williams is rumored to have finished scoring, but the rumor-mill is hopeful that a teaser trailer will drop as soon as SuperBowl Sunday.

It’s going to be a fantastic 2019 in movies, with many more highly-anticipated films coming through your local multiplex. So SCENES Media encourages you to fuel your dreams and feed your mind… one of the best way to do that? Watch all of the year’s best movies. In addition to “Star Wars Episode IX”, check our the rest of SCENE Media’s Top Five must-see films for 2019 (here and here).

For a longer list of buzzy movies set to release this 2019, here are 58 more to watch out for from Rotten Tomatoes. Happy 2019 and may the force be with you.