loading...
Jennifer Garner’s most recent foray into action leaves the audience with a less-than-refreshing taste in their mouths and more than a few concerns about the message behind it.

“Peppermint,” Jennifer Garner’s latest thriller, has drawn a variety of people to the movie theater, but the largest group is easily those who remember the days of day-glo wigs, parental issues, and watching Sydney Bristow master global espionage on the ABC series, “Alias.” Returning to her action roots after time spent in the feel-good film genres, many of us expected Jen to jump back in with ease.

While numerous stars have jumpstarted their movie careers by trading in their rom-com and drama merit badges for a semi-automatic – Jennifer Lopez and Charlize Theron to name a few – “Peppermint” gives us a disturbing glimpse at a very different Jenny from a very different block.

Meet Riley North (Garner), softhearted mom of Carly and wife of Chris. The happy family is only briefly seen before an ill-fated proposition by a friend of Chris’ results in a gang-ordered drive-by, brutally murdering both Carly and Chris while Riley watches from behind.

The trailer gave us enough to know that this would be one of “those cases” – you know, the one with the corrupt criminal justice system, pay-offs by the drug cartels, and angry courtroom scenes. The stereotypes and clichés abound and are only punctuated by poor acting, jolting cinematography, and bad, 90’s era Hispanic metal. 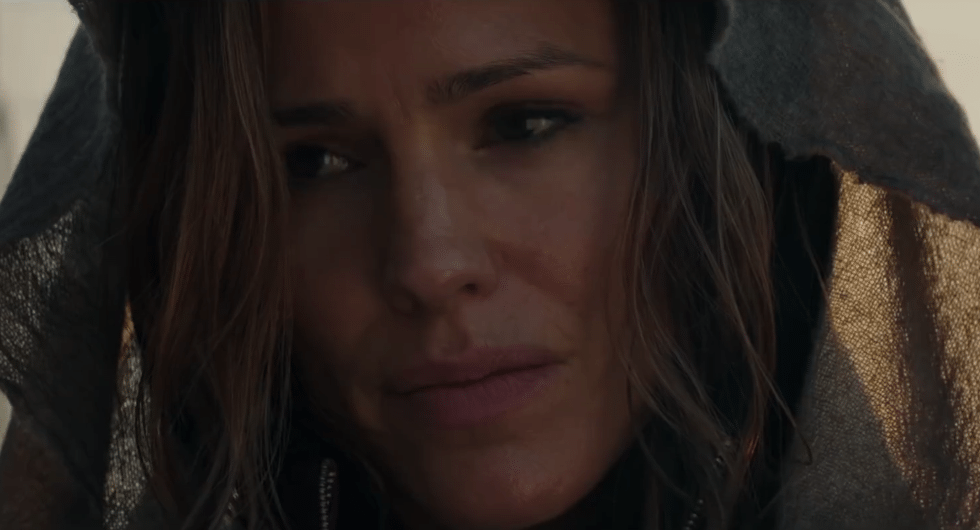 Dirty cop? Check. Slimy attorneys? Check. A nearly comical, stereotypical villain? Check. A severely traumatized anti-heroine not taking prescribed medication? Check. Riley disappearing for five years to travel the world while training in marksmanship that rivals the Navy Seals and guerrilla warfare tactics so she can avenge her family (calling it justice) and protect the innocent on skid row? Triple check.

I feel like I’ve seen this before…in every episode of “Arrow.” But the subtle nuance, renewed understanding and respect of law and order, and ultimate redemptive arc that rescues the CW’s iteration of Oliver Queen and his journey from vigilante to hero is not just missing from Peppermint, it is gunned down as brutally as the drug cartel members.

The violence of the film is unchecked and gritty, with the underlying chant of “root for mom-turned-vigilante Riley” falling on deaf ears. Her quest for justice is calculated and single-minded, but also very public as she strings up the men who murdered her family on a Ferris wheel, drowns the district attorney, and blows up the judge, who could’ve been pardoned, had he only remembered her name.

The ineffective attempts at pathos are overpowered by disgust as Riley continues to move through the ranks of the LA-based cartel, executing each one without hesitation, respite, or emotion. Directed by “Taken” head, Pierre Morel, Peppermint’s violence makes “Taken” look like a walk in the park, exchanging purposeful plot points or development for a murderous rampage marked only by brutality.

On the contrasting side, we see her hailed as the “angel” of skid row, protecting the weak and eradicating crime from the area. It’s obvious that this is the redemption part of this movie, or at least that’s how the writers intended it; however, it just leaves the viewer a little sick to the stomach. While it’s easy to understand Riley’s anger and thirst for justice, stooping to a level of violence below that of the original perps leaves the audience disillusioned. 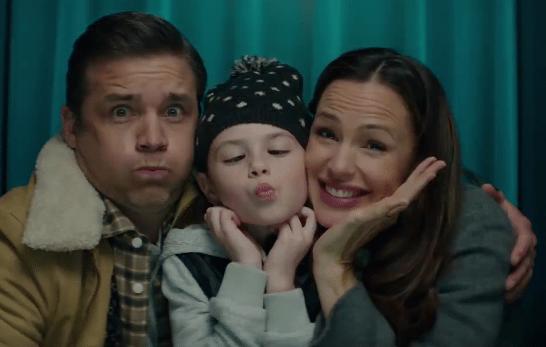 I would love to say there is more plot development, redemption, or another sweetening factor in this, but “Peppermint” is a “what you see is what you get” revenge/drug flick relying on cliché, semi-xenophobic tropes instead of nuance and characterization to propel its story. Despite Garner’s unique ability to balance murderous intent labeled as “justice” (the vigilante creed, essentially) and moments of “vulnerability” layered with PTSD flashes, the film left me wanting to wash my eye sockets out and watch The Wizard of Oz, or Moana – anything really to rinse the violence and sheer absurdity from my senses.

But even Moana can wash away the deeper questions this film raises. Unlike the 90’s era films following this same trope, Riley North had an apparent supporter through the meat of the climax – social media. Flashes of news reports playing as detectives discussed the case pitted the “people” – informally polled through viral social media engagement against the “establishment” – the non-corrupt members of law enforcement trying to contain the situation.

Rationalization of Riley’s action was the “people’s” plight while the law enforcement officers wrestled with how to respond to – for all intents and purposes – a criminal murdering the very enemy the establishment has been fighting unsuccessfully for years.

Suddenly, the black and white is looking a little too gray, especially for my taste.

This is typical vigilante conflict, hailing back to the days of Robin Hood, but without the depth, development, and characterization to keep it from being toxic. The attempt to redeem the wanton violence by emphasizing Riley’s role as a traumatized widow and mother disserviced by a corrupt system is the obvious goal, especially as the mothering instincts are served on plot hole platters. But her revenge doesn’t satisfy, empower, or clear the lines between black and white; it only muddies it further.

While my earnest hope is that no one in their right, clear-thinking mind would be inspired and think that stooping to the level of an oppressor is the way to exact justice, this particular reiteration of “how to be a vigilante” is a dangerous one that would be better left in the imagination of the writers and off of the big screen.