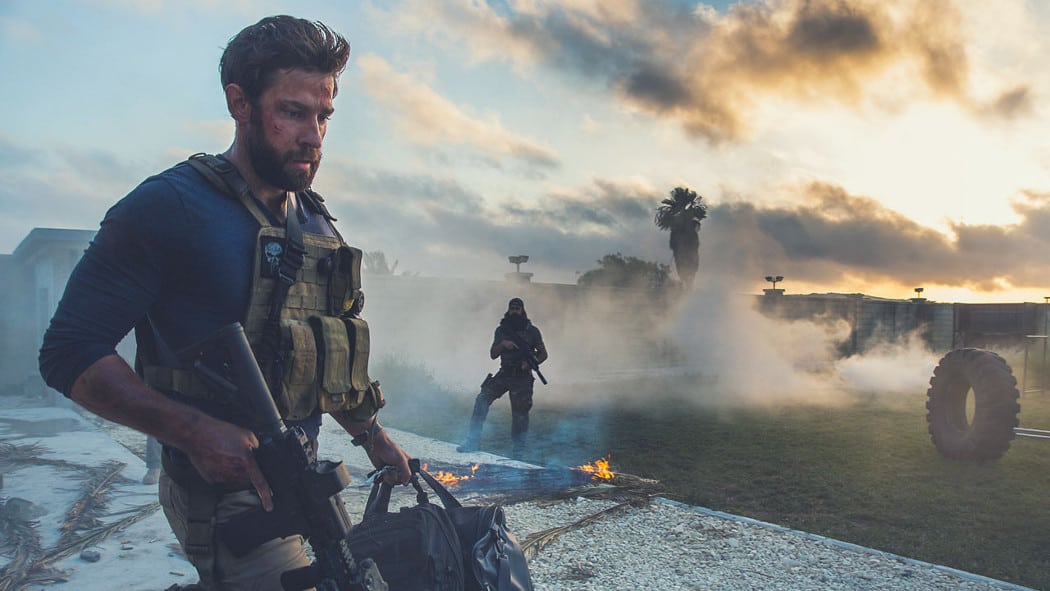 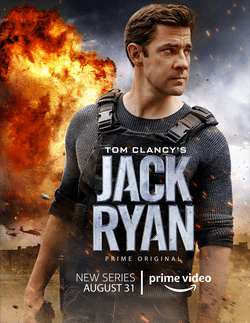 Following the footsteps of the four wildly popular Jack Ryan movies, which include Patriot Games and Hunt for Red October—the new Amazon original series is a real bore, a testament to tepid writing and regretful stereotyping.

Based on the original Jack Ryan character in the Tom Clancy novels, some of the episodes are so lackluster that you hesitate to label the series a “thriller.” But the series is first and foremost a testament to miscasting. While the films starred charismatic actors such as Harrison Ford, Ben Affleck, and Alec Baldwin, the lead actor here, John Krasinski, seems to sleepwalk through much of his role as former marine-turned-CIA operative Jack Ryan.

Krasinski is smart, handsome and plays nerdish or intellectual parts sublimely, but here he appears oafish and uncomfortable. He delivers lines about new terrorist attacks in slow motion, almost as if he were convinced that he’s wrong for the role of an intrepid, fast-acting and talking lead. But he is far from the worst offender. His disgruntled boss James Greer (Wendell Pierce), has one emotion throughout—a kind of rushed and superficially pissed off look that leads one to think that he is waiting for the director to yell “Cut!”  so he can grab his bag and head home.

Ali Suliman as the main bad guy terrorist (whose name on the show also happens to be Suleiman) and his wife Hani (Dina Shihab), deliver slightly more credible performances.

The plot itself is not worth going over in any detail because it is so pat—another stereotyped variant of Arab terrorists hell-bent on poisoning or killing whomever they can in the West in order to exact some kind of real or imagined revenge. In this case Suleiman is a little boy living in the Bekaa Valley when he witnesses an Israeli air strike that destroys his Lebanese village, killing innocent  people in the process. Now that he is all grown up and finished fighting Bashir El Assad (I kid you not), his next target is, of course, the United States.

The writing in the series is simply risible. References or allusions to ISIS and 9/11 abound to the point of becoming comical. Equally stale are the lighter moments in between explosions and interrogation scenes, which are supposed to bring levity to the script.

Women play secondary roles in this series, including his love interest and future wife Cathy Mueller (Abbie Cornish) who at one point early on in the series quietly thanks him for “sharing” a particularly traumatic helicopter explosion that almost left him for dead. While the men in the series are parading around blowing things up and preparing for what we are told is the next 9/11—a worn out premise for a series at this point—Suleiman’s wife Hani remains at home dutifully making tea for her husband’s co-conspirators.

I like a good action-adventure movie as much as the next guy. But such silly overt macho displays and hegemonic maleness are completely out-of-step with the current zeitgeist.  As the episodes wear on, the plot becomes even more lackluster: a cell is hiding in Paris, but Jack Ryan tracks it down. With the help of French SWAT they kill a few of those pesky  Jihadists/Muslims/terrorists, but then the cliché number one thousand and ten appears and a young suicide bomber blows up the entire bunch of them, save Jack of course. He escapes, as does the wounded leader of the cell, whom Jack can now try to catch through the winding streets of Paris.

Rarely have scenes of bombings and explosions seemed more gratuitous—not that Jack Ryan is particularly violent by today’s standards, simply that it is all mechanized and predictable. Sadly, with its warmed-over Hollywood clichés, knee-jerk violence and lack of any redeeming message, “Jack Ryan” the series is one big exploding clunker.

Christopher Atamian is a writer and director living in New York City. He produced the OBIE Award-winning play “Trouble in Paradise” in 2006, and has directed several music videos and short films. Christopher contributes critical pieces to publications such as The New York Times Book Review, Huffington Post, and SCENES Media while working on other creative endeavors in film and theater. His latest book, “A Poet in Washington Heights,” won the 2017 Tölölyan Literary Prize.