Is “Christopher Robin” A Sweet Delight Or A Dull Bother?

Home Feature Is “Christopher Robin” A Sweet Delight Or A Dull Bother? 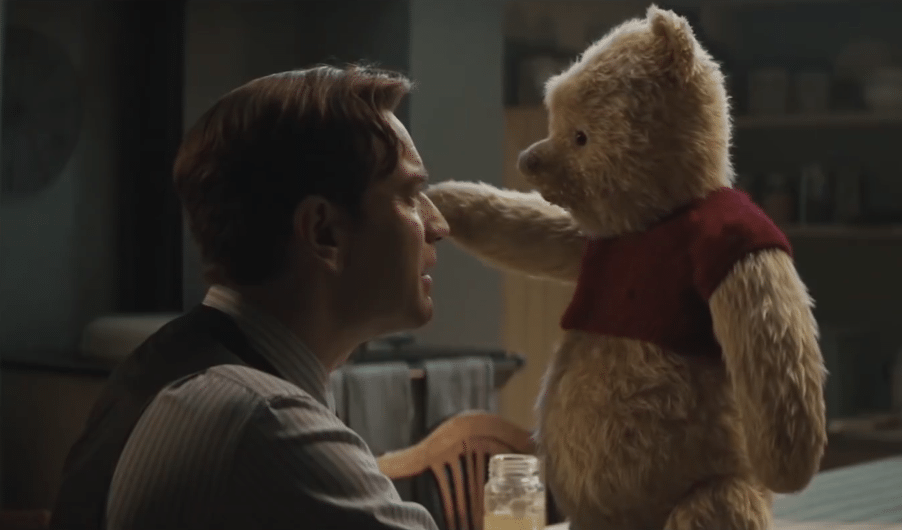 Is “Christopher Robin” A Sweet Delight Or A Dull Bother? 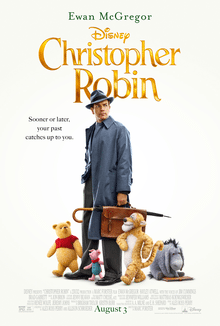 Disney’s “Christopher Robin,” which features Winnie the Pooh and all his famous Hundred Acre Wood animal pals returning to help their old friend Christopher Robin rediscover his childlike zeal for life as an adult, carries with it an uncanny sense of art imitating life.

Premiering less than a year after the theatrical release of “Goodbye Christopher Robin,” an incessantly brooding biopic on the life of Winnie the Pooh creator A.A. Milne that left most audiences with a bad taste in their collective mouth, “Christopher Robin” arrives almost as if Pooh has come back because he senses that we, just like the film’s titular character, need him now more than ever.

Though “Christopher Robin” takes a step in the right direction by reuniting Pooh & Co. in full force on the big screen (this time, in remarkable CGI) with nothing but fun and adventure on its agenda, only fleeting glimpses of the magic that made Milne’s books such effortless classics have made the return trip with them.

Directed by Marc Forster (“Finding Neverland”), this latest iteration of Milne’s famous children’s book characters ingeniously presents Christopher Robin (Ewan McGregor) like we’ve never seen him before: as a full-grown adult. The film botches this unique opportunity, however, by depicting him as a needlessly cynical caricature who’s overly serious about his demanding sales job at a London-based luggage company.

And in a plotline straight from the Book of Cliches, Christopher is jilting his planned family vacation with wife Evelyn (Hayley Atwell) and imaginative daughter Madeline (a charming Bronte Carmichael) at his childhood cottage next to the Hundred Acre Wood to work overtime on the big upcoming presentation to the company’s founder.

Re-enter Winnie the Pooh who, in a wonderfully creative sequence, has magically transported from the Hundred Acre Wood to the public garden in Christopher’’s new London neighborhood. This reunion, several decades in the making, of Christopher and his childhood stuffed bear leads to some amusing hijinx in the former’s apartment home. But the rigid Christopher quickly comes to see Pooh as an unwanted distraction, and takes him on a long train ride back to the Hundred Acre Wood to drop Pooh off with the rest of the gang.

It is during this seemingly endless road trip that “Christopher Robin” loses our interest and is never able to fully gain it back, which is least of all the fault of Winnie the Pooh. Voiced once again by longtime Pooh/Tigger vocalist Jim Cummings and regularly spouting humorous gems marked by a childlike naivete that belies a deeper wisdom, Pooh is, as always, an absolute delight. But the journey is such a dragged out slog, that even our time with Pooh, and eventually his friends, begins to be feel like, well, a bother.

It also takes much-needed time away from the aspects of the film that work best. And beneath the script’s trappings, there are plenty of things to like. McGregor’s committed performance make each of his breakthroughs as he reacquaints himself with the childlike sense of wonder he’d lost so long ago a joy to watch unfold. Same goes for watching Pooh & Co. join Madeline on a sojourn through London (which teases how great this film might have been had the bulk of the story placed the Hundred Acre animals in these bustling city streets). But all of these positive elements are, due to time constraints, too rushed to fully satisfy.

“Christopher Robin’s” considerable upside is also muted by its central message, which it lays on us thick as honey, to “work less and vacation more.” The third act’s loose ends are tied up a little too neatly in service of this well-intentioned but overly simplistic plea, and as a result, many scenes that aim to be heartwarming play as merely cloying.

Despite the fact that its moments of inspiration are too often undercut by its middling storytelling elements, “Christopher Robin” ultimately contains enough lighthearted whimsy and underlying sincerity to, if not negate its flaws, at least mask them enough to generate passable family fun. But our anticipation of the next Winnie the Pooh classic will have to wait.