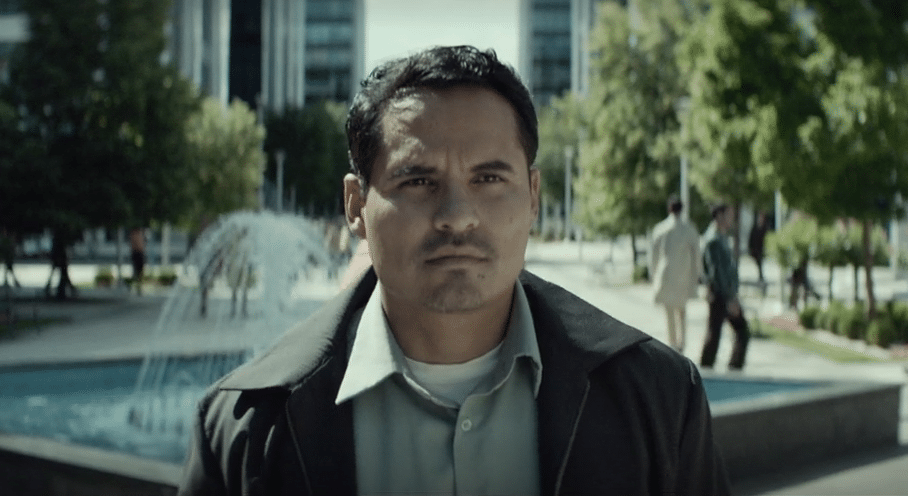 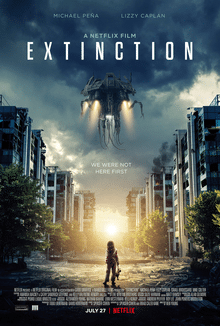 While Netflix enjoyed a boost in its Original Science-Fiction Shows category in the form of the 1980’s-based smash hit “Stranger Things,” replicating that same success in its Original Sci-Fi Movies category has thus far proven to be elusive for the streaming juggernaut. Unfortunately, despite solid promise stemming from its intriguing concept, Netflix’s latest effort “Extinction” sure isn’t going to be the movie to break the platforms unlucky streak.

Set in an unspecified (but hopefully distant) time in the future, “Extinction” centers on robotics engineer Peter (Michael Pena), a family man whose loving wife Alice (Lizzy Caplan), two adorable children and satisfying career bely immense internal turmoil, as Peter finds himself regularly waking up due to vivid nightmares in which his wife and children are being attacked in an apocalyptic setting.

Peter’s anxieties about the imminence of a deadly attack are confirmed, however, when a massive army of weapons-carrying troops that resemble aliens and arrive in what appear to be spacecrafts, crash into Peter’s family’s apartments and the surrounding neighborhood buildings and begin systematically killing people.

To discuss the remainder of “Extinction’s” proceedings is an exercise in futility, however, as the only occurrence of note, or of any interest for that matter, is a third act twist that would require a plot spoiler to describe adequately.

Admittedly, the twist is an interesting one, and is executed in a way that you likely won’t see coming (at least I didn’t). But everything that leads up to it and follows it plays like one drab, tedious set piece featuring a seemingly endless parade of uninspired action, heavy breathing, children stifling tears, empty shouting, and all the typical tropes utilized for nothing more than filling the pages of a script. 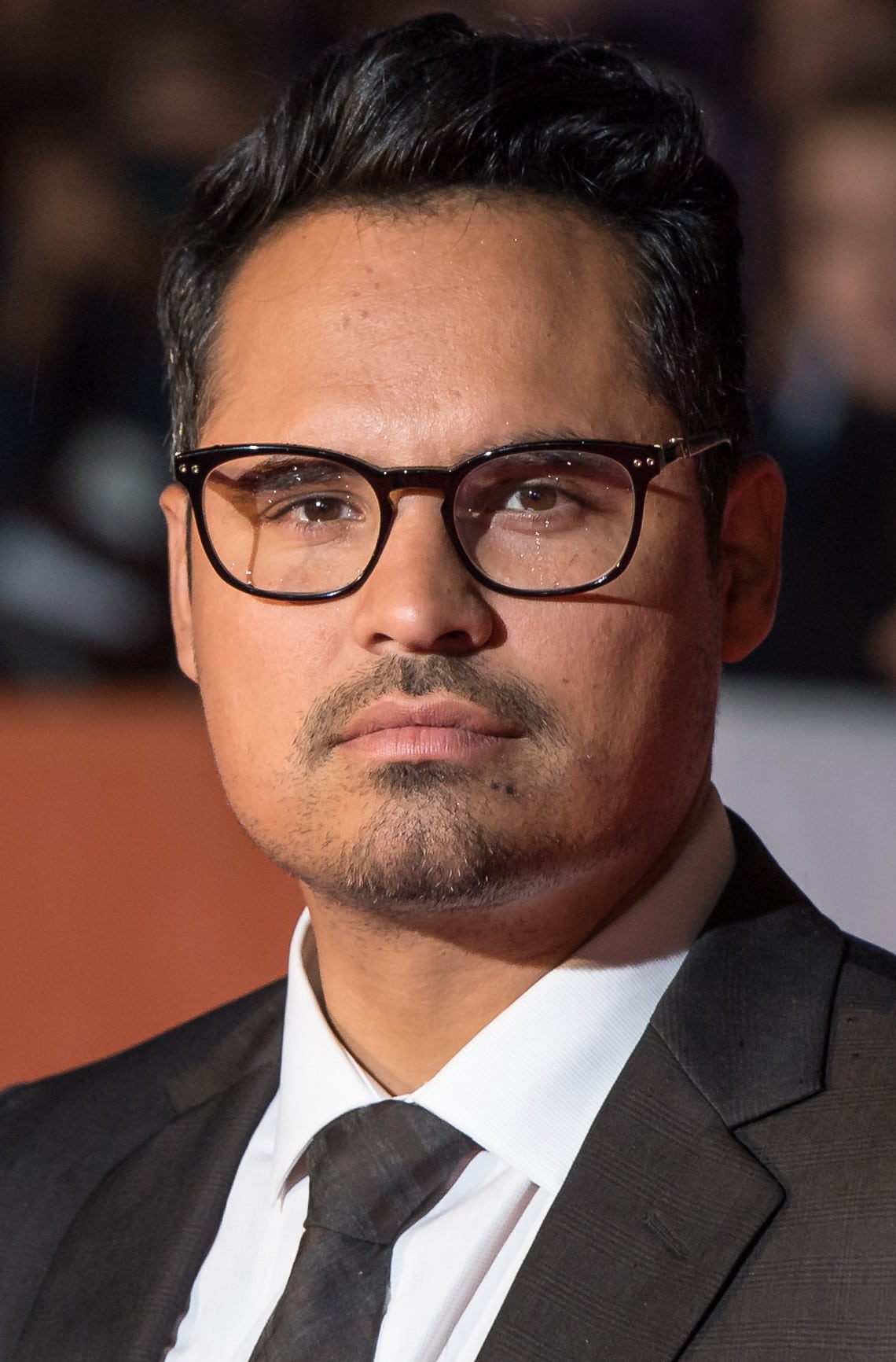 Pena is an undoubtedly talented actor, but here, he is given almost nothing to do, rendering him a wooden, almost throwaway character. “What are you doing?!” he “yells” at an attacker with the emotive intensity of someone asking you why you’re digging a hole in the grass. It’s not Pena’s fault; though the script’s first act sets the table for Peter to become entrenched in an interesting midlife crisis, any attempt to craft Peter into a layered character is quickly abandoned along with any other ambitions the script may have had.

Caplan and Mike Colter (Netflix’s “Luke Cage”) as Peter’s boss do the best they can with their limited roles, but the problems with “Extinction” are too deep-seated for any performance to overcome. First of all, much of the screenwriting on display here is just plain bad. Perhaps the sequence that best encapsulates the ineptitude of the script is the film’s final scene in which Pena, by way of Peter’s voiceover narration, calls for a world in which humans and robots can be more understanding of one another. Um…what?

To be fair, the story isn’t without its strengths; in addition to its twist, the futuristic setting and the nature of the enemy attacks are both brimming with potential. But inexperienced director Ben Young proves incapable of squeezing much juice out of any of it. Ironically, everything that occurs amidst these perilous circumstances feels utterly safe.

“Extinction’s” failure to attract any sort of audience has sparked a recent debate as to whether or not Netflix should even attempt to continue producing sci-fi movies, with many arguing that sci-fi’s typically grandiose elements simply doesn’t translate effectively to small laptop screens. While it’s an interesting argument, “Extinction” serves as clear proof of this: hollow scripts, regardless of genre, won’t translate to any size screen.