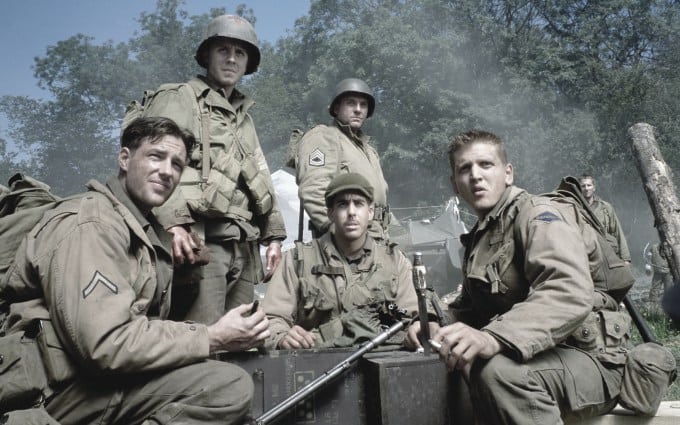 The ‘90s brought us many gifts and among those were some memorable movies that we’ll never forget. Think about it. Can you remember the first time you cried while watching Dream Works’ infamous Saving Private Ryan or laughed hysterically at Paramount Pictures’ Dr. Dolittle? How could you?

Believe it or not, this summer we celebrate 20 years with some of our beloved box office classics. Here are five of our favorite cinematic experiences from the summer of 1998:

Doctor Doolittle will go down in history as one of the best remakes ever. Legendary comedian Eddie Murphy performed one of his most memorable roles and gave the performance of a lifetime taking on Rex Harrison’s original depiction circa 1967. Audiences were on the floor laughing as Doolittle unexpectedly obtains the remarkable ability to communicate with animals. Through a series of insanely funny events, the film unravels the doctor’s new challenges as he takes on this new ability while convincing himself and others that he’s not going mad, and ultimately using this gift to help the animals.

Mulan was made for the girls who couldn’t identify with the stereotypical, Disney princesses. This Chinese tale is about a young girl who exemplifies bravery and sacrifice for us all when she learns her father is expected to step into the army and assist with the war. Understanding his physical limitations to join the war, Mulan disguises herself as a man and takes his place. The beautifully made film was inspiring for all women and well before its time, as it stood for independence, equality, and female strength. It’s hands down a ‘90s film we will continue to watch on repeat for decades to come.

The entire world watched in compassion and awe as Jim Carrey delivered his most supreme film in The Truman Show. Known for a guaranteed laugh, Carrey shocked us all with this riveting role as a man named Truman who has unknowingly lived his entire life on a camera for the world to see. The film’s underlining innuendo regarding exploitation was undoubtedly a social commentary on life in the late ‘90s and foreshadowed life in the early 2000s. In the year 2018, this courageous film may be even more emotionally moving than it was 20 years ago. Well before its time? We think so.

2. There’s Something About Mary (July)

There’s Something About Mary was one of the summer’s most surprising box office success stories. The film’s crude humor presented two hilarious characters, Ted (Ben Stiller) and Mary (Cameron Diaz), in a way we will never forget: an extreme geek, a popular girl, a high school prom, and years later, an unforgettable run-in with one another. TSAM will go down as one of the decade’s the top comedies and it still has us feeling sorry for Ted and cheering him on to land a chance with Mary.

There’s no explanation needed for this #1 war film in cinematic history. Saving Private Ryan brought all of us a timeless gift as Tom Hanks delivered one of his most critically acclaimed performances. The film brought in over $30 million opening weekend in July and grossed over $480 million worldwide. This epic story directed by Steven Spielberg continues to play on repeat and remains one of the most historically accurate war films in cinema today.

How Stella Got Her Groove Back (August)