Ocean’s 8: The Film You Thought Was Overrated, Isn’t

Home Feature Ocean’s 8: The Film You Thought Was Overrated, Isn’t 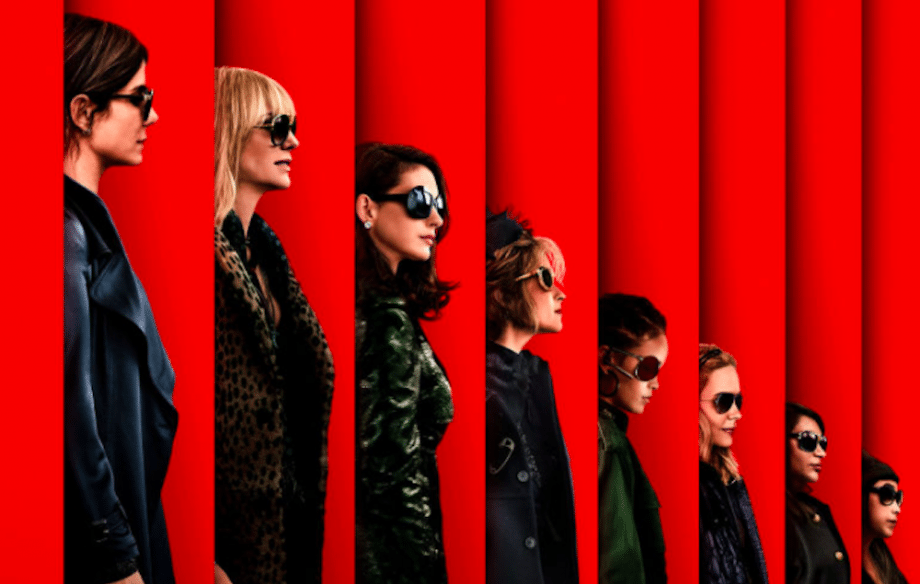 Ocean’s 8: The Film You Thought Was Overrated, Isn’t

Let’s be honest – the last thing I expected going to see a mega blockbuster franchise film was to emerge feeling my life had been genuinely enriched. But in my book, a couple hours spent actually laughing is absolutely time well spent. And Ocean’s 8 consistently made me – and most of the other members of the audience – laugh, for real.

Sure, the plot wasn’t breathtakingly original (being part of the Ocean’s franchise it must adhere to the trusty Ocean’s formula), and some scenes struck me as forced or unnecessary. When I leaned over to my friend Jess, like “What’s the deal?” she whispered back, “It’s because this is the exact same movie as Oceans 11. Sandra Bullock (Debbie Ocean) is George Clooney (Danny Ocean), and Cate Blanchett (Lou) is Brad Pitt (Rusty Ryan). They’re literally the exact same characters.”

But Ocean’s 8 proved itself a decent flick in its own right with a strong, diverse group of female characters made lovable with snickeringly comical dialogue. Sandra Bullock nails Debbie Ocean (when does Sandra ever let us down?), killing the classic tough/brilliant/tres chic femme fatale role. And while the character parallels were a bit overdone, we can all agree if there’s one woman who’s gonna give Brad Pitt a run for his money, it’s Cate Blanchett. We can also all just go ahead and agree we straight love Cate Blanchett – it doesn’t really matter what role she’s playing.

Sarah Paulson (Tammy) is one of those actresses I tend to forget, and then am enamored by whenever I see her in action. Her supermom slash crazy wholesale klepto character boosts the cast and incites some hearty chuckles. As for Helena Bonham Carter (Rose), gosh it was just good to see her. She’s one of the true classics who washes over me with a warm wave of nostalgia every time I see her on screen because there are so many good memories – from Harry Potter to Sweeney Todd to Fight Club to that Merlin mini series. And it was touching-with-a-hint-of-smirk to see her play a character who was 100% pure cray desperation without any hint of hidden malice.

Rihanna (Nine Ball) definitely landed as my least favorite of the eight. I didn’t really register how her über apathetic/too callous to give-a-care character – basically her real life persona – was supposed to be this super successful hacker executing these amazingly difficult, mind blowing, complex technological feats. Her character came off as obnoxious and unrealistic – for someone to become that expert at anything, she would at least have to display a mild interest in it … or in life in general. 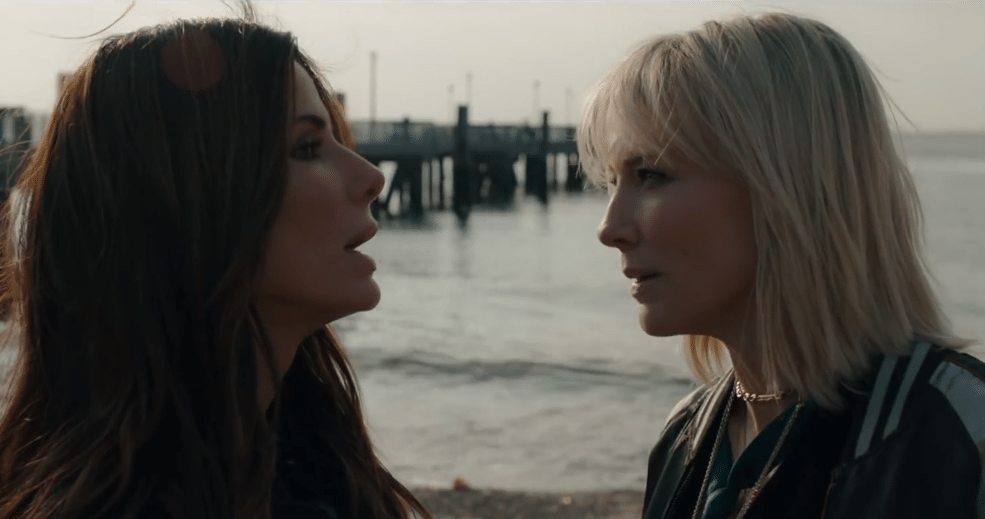 The final member of the octad makes the movie: Anne Hathaway (Daphne Kluger). You cannot help but laugh out loud every time this utterly self-absorbed Hollywood sweetheart Daphne comes on the scene – I’m literally LOL-ing right now as I’m writing this, imagining how awful her character looks for the movie’s Met Gala (as styled by designer Rose/Helena) in that hideous hot pink cape and ratty, flat ponytail. Even the $150 million diamond necklace she’s wearing doesn’t improve her look – though she clearly thinks she looks like 200 million bucks.

As for the plot, the team predictably and successfully steals this $150 million Cartier diamond necklace as well as a whole bunch of other royal jewels on display at the Met. The whole heist goes down without so much as a real hiccup, so if you’re looking for compelling conflict and hard-won resolution, this is not the movie for you.

But if you’re looking for some fresh, feisty feminine energy; some funky, edgy, over-the-top style inspiration, and a movie that will induce loads of laughter that you won’t even have to fake, this is the film for you.

I thought we were past the days when a blockbuster action film could still be quality and enjoyable, but I am very glad to report Ocean’s 8 prompted me to check my cynicism.