HBO presents the question through a modern re-make of a masterwork: is the history of human thought in danger of being wiped out from the earth?

Digest-digests, digest-digest-digests. Politics? One column, two sentences, a headline! Then, in mid-air, all vanishes! Whirl man’s mind around about so fast under the pumping hands of publishers, exploiters, broadcasters that the centrifuge flings off all unnecessary, time-wasting thought!”

… writes Ray Bradbury in Fahrenheit 451. The first edition of the novel was published in 1953. People were spooked when it came out then. And how about now, in 2018? How does the above text strike you?

Because it strikes me as familiar … everything sped and shortened up, disseminating more and more content, faster and faster … til everything becomes one giant blur of frantic distraction.

To me, the above excerpt smacks of Twitter, Facebook, Instagram, Snapchat, and all the über condensed digests from which many of us consume the bulk of our information.

We don’t even need to read articles anymore – so long as we glanced at the headline as it flew by in our feed, we got the gist. Right?

Guilty? I know I am.

Fahrenheit 451 features a world where books are utterly banned and indiscriminately burned because their depth and variance of ideas presents a threat to society’s peace of mind. Its warnings are more relevant today than ever.

So it’s no surprise HBO Films felt the time was ripe to release a modern take on the classic cautionary manifesto. The film, directed by Ramin Bahrani and starring Michael B. Jordan as fireman Guy Montag and Michael Shannon as Fireman Captain Beatty, released May 12. While HBO’s movie diverged from Bradbury’s book in many ways, overall it succeeded in conveying the same sense of urgent foreboding.

One reason the movie pulled this off was that it stayed in keeping with perhaps the most vital and terrifying aspect of the world portrayed by the book: It was not the government who banned books; it was the people. Both the book and the movie emphasize that the people demonized books as pointless and menacing to the point of necessitating total obliteration, reversing the role of firemen from putting out fires to starting them – with books as their fuel.

In the book, Professor Faber (who does not appear in the movie) says to the protagonist, Montag, “Remember, firemen are rarely necessary. The public itself stopped reading of its own accord.”

Many of the changes adopted for the movie revolved around depicting technology far more advanced than any Bradbury imagined, and the movie’s portrayal of this mostly enhanced Fahrenheit’s message – by making it more believable (and therefore distressing) – rather than overshadowing it.

For instance, in the movie, the firemen embark on missions to stop “eels” (the film’s name for the rebels fighting to keep historic creative works alive) from disseminating illegal materials. The firemen still use incinerators to burn whatever they find the eels harboring, but instead of only physical books, they must seek and destroy digital databases of books, movies, photographs, artwork, etc, as well as additional hardware including VHS tapes, records, film rolls, and cassette tapes.

Also unique to the film, all of society operates within a virtual identification and communication network called “The Nine.” This is an-ever-watching, ever-monitoring digital framework constantly projecting skyscraper-size holograms to citizens with messages like, “If you see something, say something,” and “Freedom is choice.”

The Nine also live broadcasts the celebrated firemen’s eel busts and burnings (complete with citizens’ comments and emojis bubbling up in real time, shiveringly reminiscent of Facebook Live videos). The virtual reality of The Nine resonates as an all-too-real possibility, only just around the corner from current technological capacities.

HBO’s movie compellingly conveys how The Nine brainwashes citizens into deriving their whole identity from its inter-web, and the merciless punishment firemen inflict on eels found with books – real or digital – is the deletion of their identity from The Nine, essentially dehumanizing them.

But the real clincher necessary for Montag to emerge as the untouchable Hollywood hero in the film’s final scene meant an utter reversal of one of the book’s most pivotal moments.

In the book, it is the well-read and deeply-conflicted Captain Beatty who is martyred as Montag sets him on fire, realizing, as he flees the scene of murdering his fire captain that, “Beatty wanted to die.”

In the final moments of the movie, a bird, representing the rebel contingency, carries the single strand of DNA that carries all of mankind’s record of thought: literature, art, etc. The bird dramatically escapes through a hole in the roof of a burning barn, flying valiantly off to propagate its precious DNA throughout the animal kingdom. In this climactic moment, Montag martyrs himself, as he is ruthlessly burned alive by Beatty, sacrificed for the redemption of all mankind.

I’m not sure which murder is more effective for securing the future of deep and diverse ideas in the form of books, movies, music, and artwork, but I certainly think Montag’s murdering Beatty in the book makes him a more complex – and therefore human – character. Beatty murdering Montag, and Montag dying selflessly for the cause, is foreseeable to the point fast forwarding.

But don’t take my article’s word on any of this – if you made it this far. Go watch the movie – all 100 minutes of it. Or better yet, go read (or reread) the book – all 150 pages of it. If you really want to heed the call of Fahrenheit 451, the best way to do so is for YOU to watch, read, and think things, the whole way through. 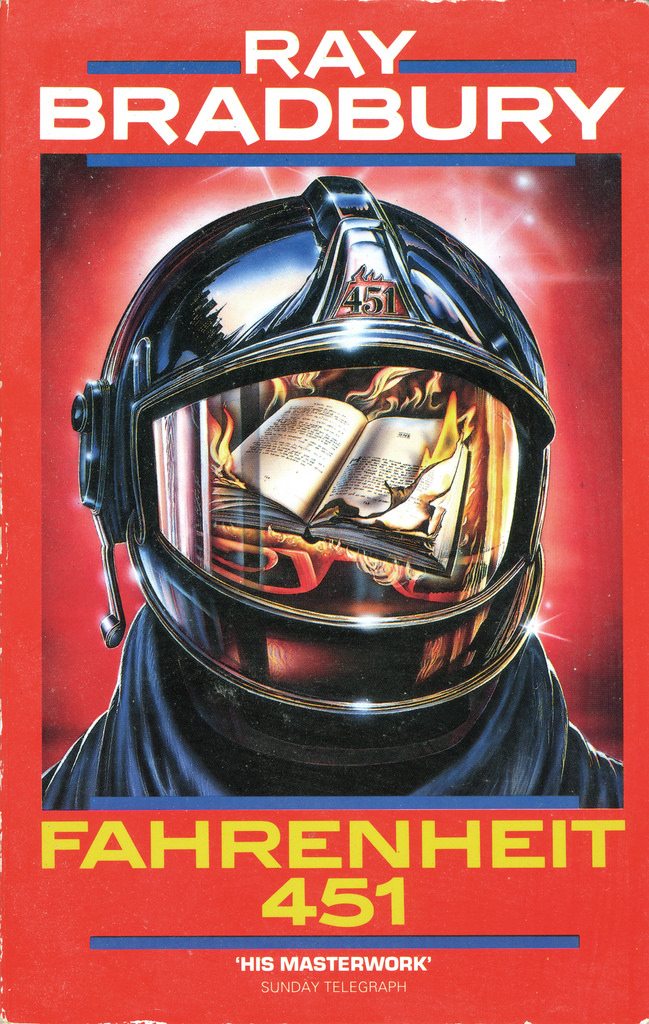