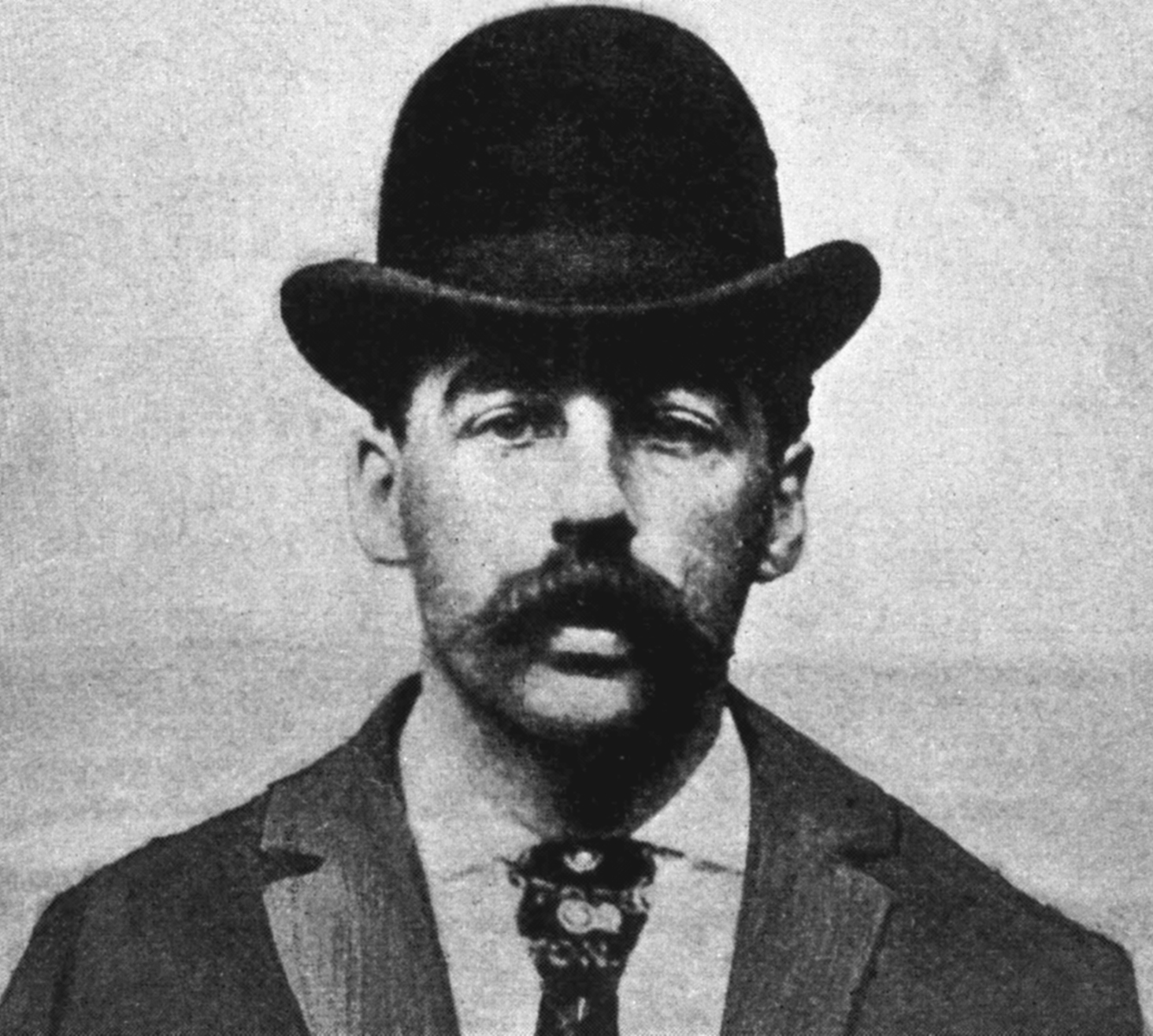 Martin Scorsese and Leonardo DiCaprio are bringing Erik Larson’s book “The Devil in the White City: Murder, Magic, and Madness at the Fair That Changed America” to the big screen. The two are officially reuniting to tell the story of H.H. Holmes, America’s first serial killer, who preyed on young women visiting the greatest spectacle the country had ever known. Honestly, if DiCaprio is playing Holmes (the Devil), then this will be an interesting movie.

Trust me. I know H.H. Holmes having read several books on him as well as Larson’s “Devil in the White City.” I believe DiCaprio will be perfectly convincing as the charming sociopath whose crimes were more than just grotesque, but pure evil. America had not encountered this type of villain before and his crimes not only shocked the world, but shattered Chicago. It’s a horrifying tale.

Here is who DiCaprio must play.

Holmes was born Herman Webster Mudgett in the early 1860s and used several aliases during his lifetime. By the time he bought what would be called The Castle, and literally designed it to be a true house of horrors, he was already a con man and a murderer. He managed it because he was so charming and disarming. His victims never realized they were walking on the arm of a madman, until it was literally too late.

I read “Depraved” by Harold Schechter in 2008, before I read “The Devil in the White City” and though “Depraved” was published four years after Erik Larson’s book, I’m glad I did. “Depraved” truly paints the picture of the incredibly heinous nature of the man who is known as America’s first serial killer. “Depraved” explains who Holmes was from his childhood and describes every single murder he committed, starting at the beginning. I have to admit, I wouldn’t have had a complete picture had I only read Larson’s book.

“The Devil in the White City” is more about the building of the World’s Fair in Chicago 1893, and it’s an interesting story all by itself. Larson’s story of H.H. Holmes is interwoven, almost in the background, which is fitting, considering no one knew what he was doing or why he was doing it.

The movie will need to depict how Holmes disarmed everyone, how he designed and built his World’s Fair Hotel, a veritable labyrinth designed to trap victims inside where he tortured and killed them in the most heinous ways. 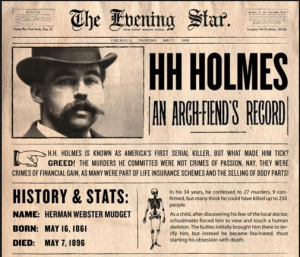 The movie should reveal that Holmes was trained in medicine, worked as a pharmacist and was a  scientist of sorts. He had a laboratory and a crematorium in his basement. His victims were generally stripped of flesh, boiled down, bleached and eventually sold as complete skeletons to medical schools and universities.

However he profited, he murdered because he enjoyed it. Many of the women who disappeared from the World’s Fair had never traveled alone before. The Fair attracted young women who had never even been away from home and they were easy pickings for a man like Holmes.

DiCaprio will be challenged, no doubt. Playing such a man must effect an actor deeply. To have to become one of the most evil men who ever walked the streets of America will require a good deal of prep work, but I believe DiCaprio is up for the challenge. And, after all, good things happen when DiCaprio and Scorsese work together. But it can’t be like a slasher movie. It has to be smarter than that.

This article was first published by SCENES on December 23, 2016 in Robin Russell’s Buzzing Now column.