Do You Know Who ‘Wrinkle in Time’ Author Madeleine L’Engle Really Was?

Home Movies Do You Know Who ‘Wrinkle in Time’ Author Madeleine L’Engle Really Was?

Do You Know Who ‘Wrinkle in Time’ Author Madeleine L’Engle Really Was?

Editor’s Note: With Disney’s release of their major motion picture of A Wrinkle in Time, the children’s science fiction book by Madeleine L’Engle, we think you will appreciate this tender remembrance of the writer by one of her closest friends, poet Luci Shaw. Disney has been criticized for stripping out the Christian elements and themes in L’Engle’s book, first published in 1962. Madeleine L’Engle was born November 29, 1918 and she died September 6, 2007. 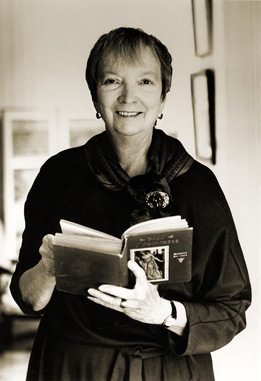 Madeleine L’Engle in 2005. Publicity photo by Square Fish Books, thanks to Wikimedia Commons.

Madeleine was my longtime soul friend of 35 years. We first met and immediately connected at a Language and Literature conference at Wheaton College around 1977 where we were both speakers.

We worked as author (Madeleine) and editor (Luci), on 11 of her manuscripts, beginning with Walking on Water. After we’d first published two books of her poetry, The Weather of the Heart, and A Cry Like a Bell, I’d suggested she record her thoughts about the companionship of art and faith (she was a liberal, left-leaning Episcopalian; I was a conservative, right-leaning Evangelical). Somehow, in the grace of God, we met in the middle, learning much from each other, influencing each other and being enriched in the process.

Several months later she handed me a large and untidy sheaf of typescript, declaring, “Can you do something with this? It has no shape!” I managed to sort through it and re-arrange it in little paper-piles on my living room floor attempting to form a more coherent sequence of chapters. She and Hugh, her actor husband, loved the result. I published it as Walking on Water, and from then on Shaw Publishers became her publisher for her “religious” books — 11 of them over the years.

We visited often back and forth often between the Midwest and New York. Later, our husbands, Hugh and Harold, both died of cancer the same year and we mourned together cross-continent on the phone. Madeleine rescued me from depression more than once, talking me down over the phone. And after she had grave injuries from a car accident in Los Angeles, I flew down and kept her company for a couple of weeks, spending time daily in her hospital room. We told each other stories, told jokes (M. had a vast repertoire), and we wrote poems together as she healed.

We spent a lot of time together at Crosswicks, her country home in Goshen, Connecticut, driving north from Manhattan. Afternoons we’d go out driving in the country, the Litchfield hills. She’d say, “Let’s take the first right turn, then the first left hand turn and so on and see where we end up.” This felt a bit risky. What if I got Madeleine L’Engle lost somewhere in the boonies?

On my visits to her condominium on New York’s Upper East side we would walk together to the Cathedral of St. John the Divine on Amsterdam Avenue for noon prayer. She had an office on the grounds as librarian to the cathedral.

I would give her earrings and winter hats, which she always wore when we got together. She gave me many gifts, most of them carvings or images of angels from the Cathedral gift shop. (I was accumulating a lot of odd-shaped angels. When she thought my home office was looking too holy she gave me a gargoyle to even things out.)

Our birthdays were 10 years and one month apart. One year I asked what she’d like for hers. She said, “Go on a trip with me.” So we visited England, Scotland and Ireland with our mutual friend Barbara (the three of us had what we called a trinitarian friendship), me driving since I’d had experience with a left-hand drive. We made up rowdy and sometimes-raunchy limericks as we drove. Madeleine’s frequent remark as we followed narrow, winding country roads bordered by high hedges was, “Leftish, Luci. Leftish.” It seemed like a theological directive.

I also drove Madeleine from Bellingham up through the Canadian Rockies. Sometimes conversation would lag a bit and I knew M. was pondering an idea for a book. She always had a book going in her head and kept her ideas recorded in her daybook. This was also my habit.

Years later Barbara and I sat together with her in a hospital room as her son, Bion, died of cancer. Watching his last breaths. Praying for his soul. Such experiences knit us in companionship, in the realities of life and death 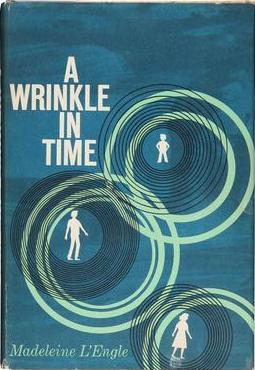 As her energy and memory grew unreliable in later years, she moved into a nursing home in Litchfield. In the fall of 2007 I flew out from Bellingham to see her, joined by Barbara. She didn’t know us. She seemed locked into herself. We sang a hymn together and her face brightened briefly. We left some photos of our times together for her to see. As we left, I asked the receptionist at the front desk to call me if she woke from her inner self.

A month later she did and we talked animatedly for about 20 minutes by phone. She told me, “We should be playing Scrabble! When are you coming to see me?”

A Cry Like a Bell, A Wrinkle in Time, Disney, Luci Shaw, Madeline L'Engle, Walking on Water, Weather of the Heart

Luci Shaw is a celebrated poet, speaker, editor and publisher. Her latest book is "Thumbprint in the Clay."