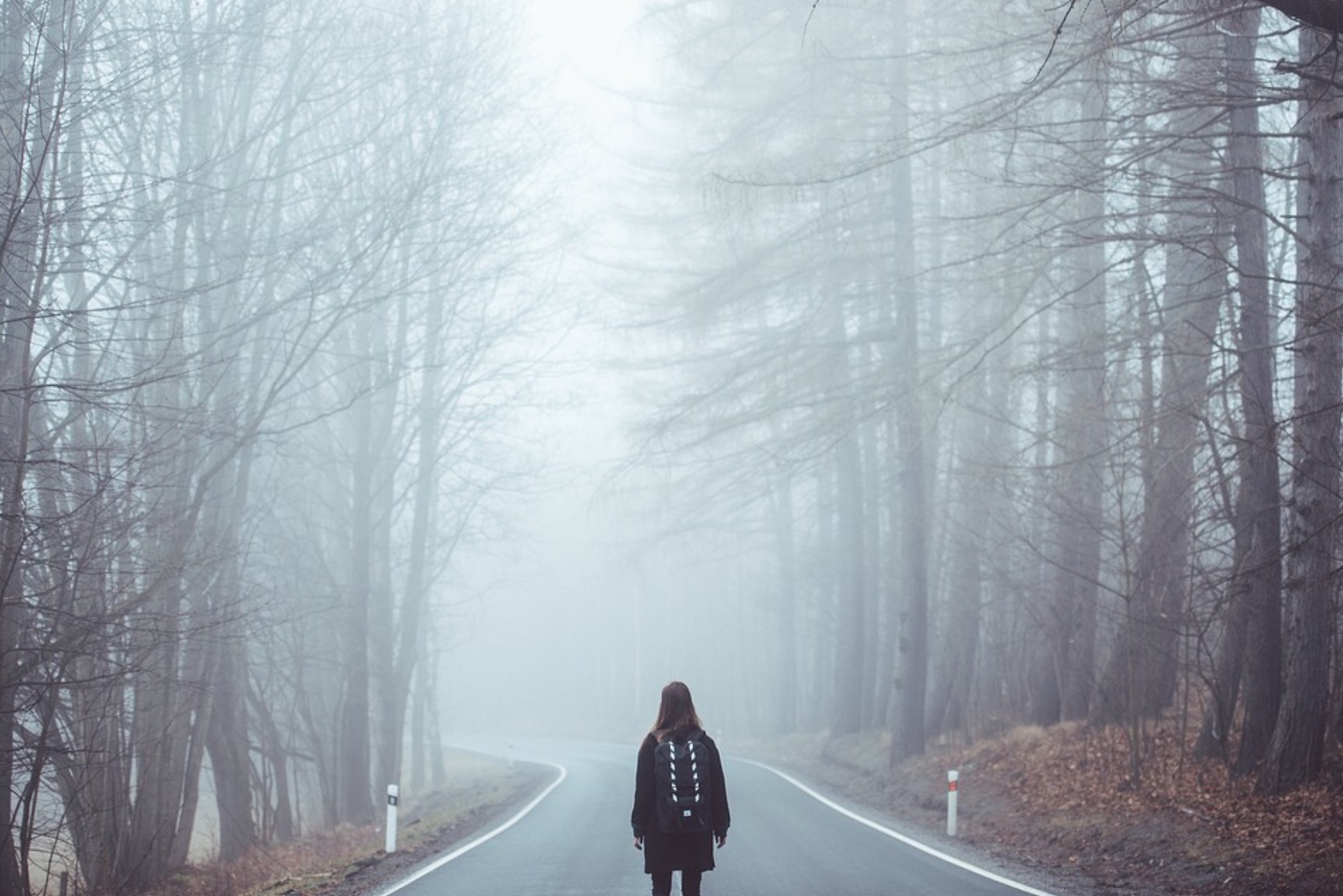 According to data compiled by the American Enterprise Institute, female high school students routinely outperform males, with more girls than boys graduating in the top 10% of their classes. That’s probably just one of the reasons men are now a solid minority on college campuses around the country. However, being outnumbered is the least of the worries for those students with only one X chromosome. As it turns out, the main problem is… all those schoolgirls are certifiably insane. Well, that’s the impression the following films from 2017 might leave you with anyway. In his book Cults in Context, Lorne Dawson notes that such groups often prey on “the lonely, the confused, the idealistic, the searchers,” which pretty much describes almost every teenage girl in the world. Take Kat and Rose for example. It’s bad enough they’ve apparently been abandoned at their Catholic boarding school during Winter break, but Kat is also having nightmares and Rose may be pregnant. That kind of emotional distress makes them easy cult fodder, which is unfortunate since the nuns that run the place might actually be devil worshipers. Meanwhile, a mysterious young woman named Joan wanders through the wintery storm while having disturbing flashbacks of an insane asylum. It all mostly makes sense at the very end.

Oz Perkin’s directorial debut isn’t quite as lugubrious as his follow-up film I’m The Pretty Thing That Lives In The House (which was released first for whatever reason), but it’s still heavy on atmosphere rather than action. It’s also pretty grim in its depiction of how a depressed adolescent’s feelings and need to be cared for can leave them vulnerable to sinister forces, as well as the regret that sets in once they realize they’ve been duped. And probably most important to horror fans; it’s downright eerie. A study by the CDC indicates that nearly 10% of women ages 22 to 44 report having had a same-sex experience while attending college. Thelma, the latest film from Norwegian director Joachim Trier, basically ponders what would happen if Carrie went to college and found herself part of that percentile. Apparently things wouldn’t go well since, like Carrie, our main character Thelma was raised by a parent with his own oddball interpretation of Christianity. Once Thelma’s new feelings begin to surface, conflict is inevitable, both with her father and within herself.

The review for Thelma at The Verge proclaims it a “dreamy gay coming-of-age superhero story.” If so, then it’s an odd one for a couple of reasons. The first is that 71.5% of Norwegians belong to the Evangelical Lutheran Church of Norway, which recently allowed gay couples to marry in church weddings. It’s not like you really have to hide your orientation in that country. The second thing, though, is that the movie shows Thelma’s dad actually has good reason to encourage his little girl to repress herself. Thelma’s “coming out” really is the releasing of a very self-centered monster, one that it might have been better to keep in the closet. That may not be the message the director intended, but in the end, such mixed signals do add to the overall feeling of uneasiness that permeates the film. According to an article in Psychology Today, 84% of vegans and vegetarians eventually return to their previously abandoned carnivorous ways. There’s lots of reasons for that, of course, but a big part of it is that meat is just… yummy. That’s what freshman vet student Justine discovers when she’s forced to scoff down a rabbit kidney as part of a hazing ritual. From there Justine quickly moves up the food chain, eating her way through chickens and cows until, finally, she finds herself standing alone in front of a car wreck. And, well, there’s perfectly good meat just lying there.

Cannibalism is an odd choice as a stand-in for female empowerment and sexual awakening, but writer/director Julia Ducournau makes it work for the most part. The more meat Justine consumes, the more confident and assertive she becomes. Of course, it’s hard to fully cheer for Justine’s new found freedom once she starts taking bites out of living people. Graphically. Be warned; Raw is not for the squeamish. There is the gnashing of teeth, the rending of flesh, and an agonizing bikini waxing scene that may put ladies off that particular form of personal hygiene for the rest of their lives.

Oddly enough, the idea that empowerment is often accompanied by pain seems to be a common thread throughout all three of these movies. It’s possible to dismiss it as allegorical, of course. The suffering we see on screen could easily be symbolic of the perceived resistance such female awakening might meet. In fact, given that most of the reliably feminist review sites are championing the films, that’s probably the preferred interpretation.

Except these are horror movies. So, while the female leads may be coming into their own, they’re leaving behind a body count while doing so. Intentional or not, this gives the movies a strong sense that empowerment without temperance or any notion of social responsibility is ultimately selfish, destructive, and, sometimes quite literally, an all around bloody mess.