The Unmitigated Horror That Is ‘Little House on the Prairie’

Home The Horror! The Unmitigated Horror That Is ‘Little House on the Prairie’ 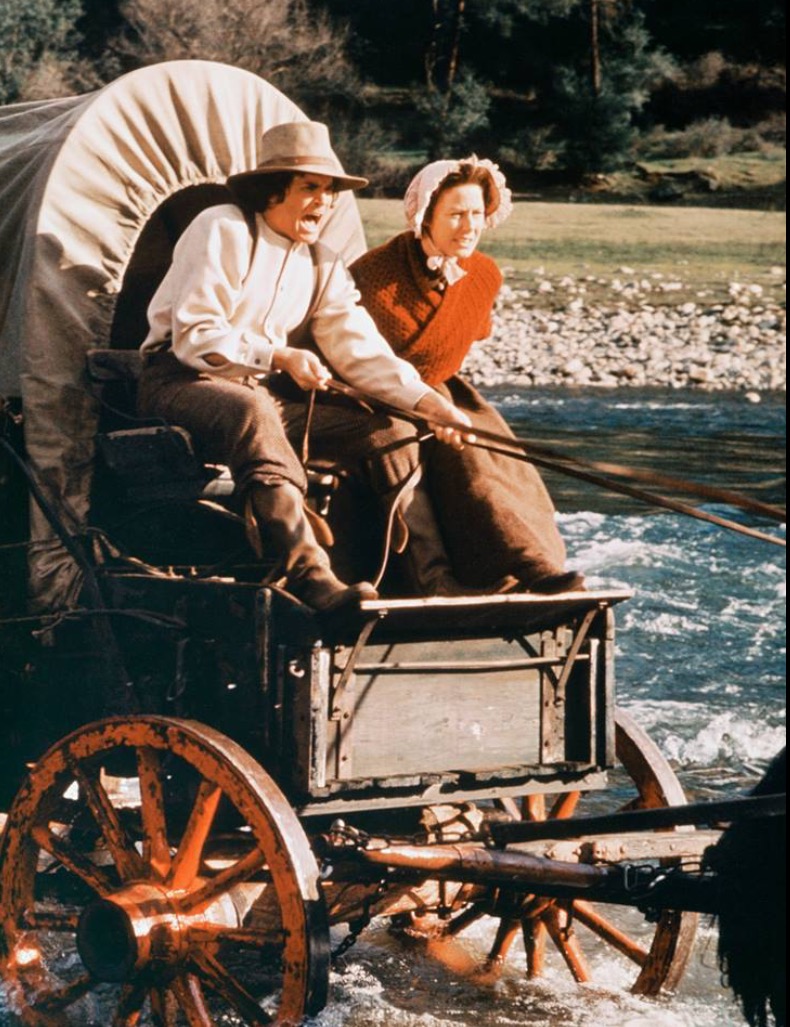 The Unmitigated Horror That Is ‘Little House on the Prairie’

Having been harangued one too many times over my preference for movies of a macabre nature, I thought I would broaden my horizons and give good wholesome family entertainment a shot. Holy cow, have I been missing out! I chose the most decent, most innocent show I could think of, and what did I find? Murder! Madness! Mayhem! This show has it all. Ladies and gentlemen, I give to to you the unmitigated horror that is… Little House on the Prairie. Not wanting to delay the family camping trip, Ma sends Pa off with the girls, promising to join them later. Unfortunately, in a rush to complete her chores, Ma accidentally scratches her leg on some baling wire. As antibiotics are still some 60 years away, it isn’t long before the scratch turns into a serious, life threatening infection. The accompanying fever causes Ma to go a little mad (don’t we all sometimes), and in her delirium, she decides to follow the advice of Matthew 18:8 and try to saw off the offending member. She passes out before finishing the job, but still. While out soaping windows on Halloween Night, Laura witnesses mild mannered Mr. Olesen behead his wife with a sword. Of course, no one believes the milquetoast shop owner would do such a thing, so Laura is left alone to stew in her fear. The whole thing is revealed to be a misunderstanding (it was actually a mannequin that received the fatal cut), but not before Laura has numerous visions of Mrs. Oleson’s severed coconut popping up in all sorts of odd places, including a platter full of eggs and sausages. Bon appetit. After Laura’s friend Ellen Taylor drowns while skinny dipping, the girl’s mother goes mad with grief. Now convinced that Laura is her dead daughter, the bereaved woman locks Laura in her cellar so the girl can never leave the house again. Meanwhile, thanks to false clues planted by the maniacal Mrs. Taylor, the locals blame Laura’s disappearance on an innocent mentally handicapped man and form a lynch mob to hunt him down. With no help coming, Laura must either devise an escape from her underground prison or consign herself to a sunless existence as the captive of a madwoman. To avoid the animals being dispatched via shotgun, Laura allows her friend Andy to house an injured mother wolf and her cubs in the Ingalls’ barn. Things are fine until a pack of rabid dogs show up looking to make a quick meal of the pups. As the barn door slowly gives way, Andy and the Ingalls girls huddle in the hayloft awaiting a gruesome death at the fangs of the furry invaders. Sweet dreams, kids. Every Other Episode Focusing On Mary

While all of the characters on Little House have suffered their fair share of ill fortune, none have been so consistently brutalized as the eldest Ingalls girl, Mary. Over the years, Mary’s misfortunes have included receiving a near fatal kick in the stomach from a horse and being stricken blind as a result of Scarlet Fever. Of course, those events pale in comparison to the episode in which the school for the visually impaired is engulfed in flames. As Mary stands helplessly outside listening to Alice Garvey’s horrifying death cries, she suddenly realizes her own infant son is also trapped in the blaze. After the fire runs its course, Pa helpfully retrieves the baby’s charred corpse from the ruins. All of the preceding has just been a warm up, however, to the episode that left untold numbers of children scarred for life after it aired in February 1981. It all begins when Albert’s girlfriend Sylvia is set upon and raped by a man dressed all in black and wearing a harlequin mask. As if that wasn’t enough nightmare fuel, Sylvia soon discovers the incident has left her with child, a fact she must keep hidden from her borderline psychotic father. Eventually the rapist returns, trapping Sylvia in a barn. Albert manages to subdue the masked villain, but not before Sylvia suffers a fatal fall from a ladder. As Sylvia lies dying from her wounds, she and Albert discuss the wedding they will never have. Jesus, Mary, and Joseph, Little House, what is wrong with you?

It’s astounding, really. While I’ve waited eagerly for Hollywood to dole out more chills and thrills, some of the most frightening things imaginable have been playing out daily on the Hallmark Channel. Who knew family entertainment was such a haven for horror? And if you want more, and since it’s the holiday season, checkout Blizzard, which occurred on Christmas Eve in Walnut Grove. Caroline Ingalls asks schoolteacher Mrs. Beadle, “Where are the children?” The teacher replies, “I sent them home early.” Unfortunately, she sent them home in time to be overtaken by the mother of all blizzards. Needless to say, some children literally froze to death. Incidentally, this episode was based on The Children’s Blizzard which occurred on January 12, 1888 during which an estimated 235 people, mostly children, died trying to get home from their one-roomed school houses.

It makes sense though. Writing for Psychology Today, Peter Gray Ph. D suggests, “Stories provide a simplified simulation world that helps us make sense of and learn to navigate our complex real world.” So, watching something scary, especially when you know it’s make believe, can actually be beneficial, even for children. This goes double for a continuing series of stories like Little House. Laura and her pals may encounter killer dogs or masked maniacs one week, but they’re back the next week pulling pranks on Nellie Olesen. Life goes on.

So, take note horror fans. Just because there’s nothing suitable playing at the local multiplex doesn’t mean you’re out of luck. A half pint of pure terror could be just a channel away. And if a life lesson or two happens to come with it, well, so much the better. Happy nightmares, everyone, we’ll see you in Walnut Grove.

Editors Note: Little House on the Prairie is a series of American children’s novels written by Laura Ingalls Wilder based on her childhood in the northern Midwestern United States during the 1870s and 1880s. The television series is based on Wilder’s books and stars Melissa Gilbert as Laura Ingalls, Michael Landon as Charles Ingalls, Melissa Sue Anderson as Mary Ingalls, Laren Grassle as Caroline Ingalls, Katherine “Scottie” MacGregor as Harriet Oleson, Alison Arngrim as Nellie Oleson, Dean But,er as Almanzo Wilder, Victor French as Isaiah Edwards, Merlin Olson as Jonathan Garvey, among many others including Jason Bateman who began his acting career on Little House. The show featured guest stars such as Johnny and June Cash, Ernest Borgnine, Patricia Neal, Burl Ives among a host of other long-standing actors.