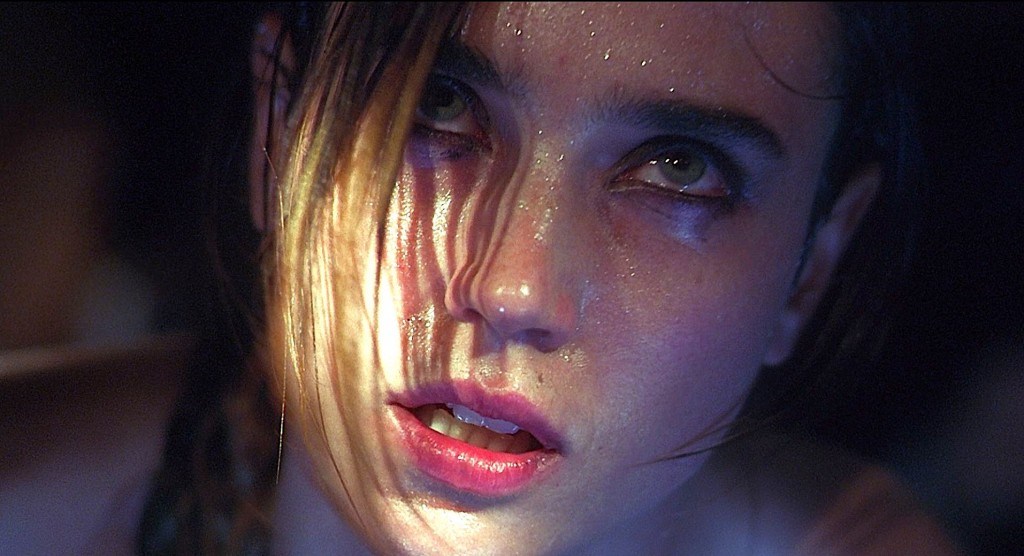 It’s that time again. To assuage their collective shame over making a pants-load of money off of scary movies all year long, the fine folks from Hollywood will now spend the next month releasing a steady stream of Academy Award fodder that no one will go see. But fret not, horror fans, as there’s always the chance for a good scare amongst all that self-proclaimed quality. You see, over the years, there have been any number of critically acclaimed “real” movies that have ended up being just as eerie, disturbing, and even scary as any traditional fright flick. Here are seven of the best examples of such horrific non-horror films… 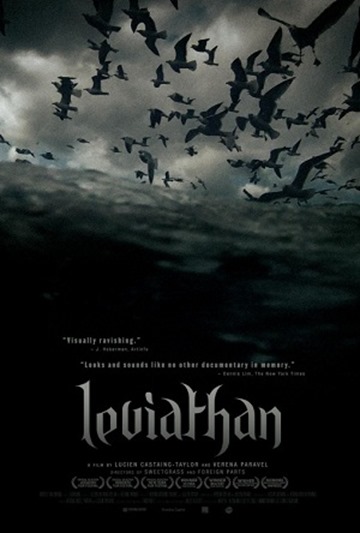 To be honest, the first time I tried to watch Leviathan, I fell asleep. This documentary is the epitome of artsy-fartsy, and if you’re not in the mood for that kind of thing, it’s best to just let it be. The second time, though, I was in the right frame of mind and Leviathan managed to weave its spell on me. Make no mistake, I’m not one of those meat eaters who are oblivious to where their dinners come from. Even so, watching this attempt to capture the sensory experience of working on a commercial ground-fishing vessel late one night left me feeling weird and disoriented. Something about the image of that hulking ship moving silently through the dark seas as gallons of blood and viscera poured over the sides was simultaneously unsettling and mesmerizing. 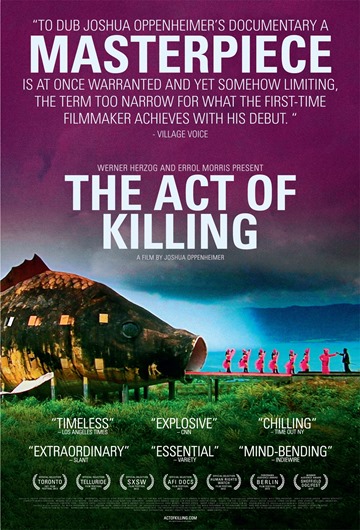 The premise of this documentary sounds absolutely insane. Step one: track down the men who led the death squads during the 1965 anti-communist genocide in Indonesia. Step two: offer to let them reenact some of their more infamous killings using whatever film genre they chose. WTF right? The result, however, is an entirely fascinating, and sometimes horrifying, look into the psyche of people who commit such acts of violence and how the view themselves (or, in some cases, refuse to view themselves). The Act of Killing is maybe a bit too long, but if you stick it out, you’re unlikely to forget some of the people you meet, even though you’ll likely want to. 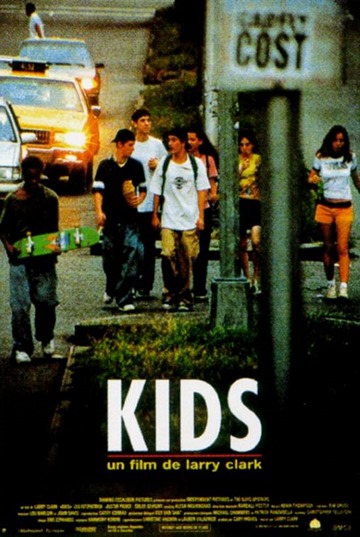 I’m not a big fan of writer Harmony Korine as each of his subsequent screenplays seems to get more and more desperate to stir up controversy (Springbreakers? Please.) That being said, there’s no denying the impact his initial offering, Kids, had when it first hit cinemas in 1995. This “day in the life” tale of a group of unsupervised, directionless, drug-and-alcohol fueled teenagers spreading AIDS amongst themselves is perhaps a bit too exploitative to actually recommend, but if you do take the plunge and decide to watch it, be prepared to alternate between feelings of anger, depression, and horror. Oh, and the urge to want a scalding hot shower afterwards. 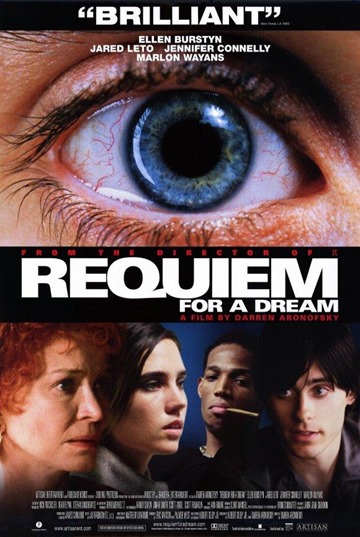 Forget all those old afterschool specials, if you really want to keep your kids off of drugs, just sit them down in front of Requiem For A Dream and press play. Trust me, they’ll never even think about touching the stuff. Of course, they’ll also probably require a ton of therapy to get over some of the images in this film, but at least they won’t do drugs. Artfully directed by Darren Aronofsky (yes, the same guy who recently brought you, ugh, Mother!), the film graphically portrays just about every negative consequence of drug abuse you could ever think of… and probably some you never wanted to. 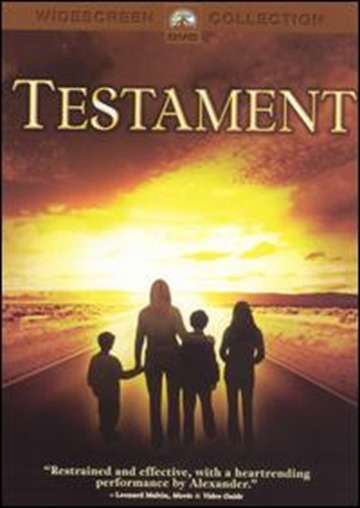 It’s hard to imagine there was once a time when over 100 million people sat down to watch a made-for-television movie, but that’s exactly what happened back in 1983 when ABC aired The Day After. The funny thing is, The Day After wasn’t even the best telefilm to come out that year dealing with the aftereffects of a nuclear war. That honor belongs to the much less seen Testament, one of the rare films to ever bring Roger Ebert to tears. Concentrating on a single suburban family as they try to get by after the bombs have fallen, the movie is quiet, reserved… and emotionally devastating. This isn’t horror in the traditional sense. It’s the horror of watching your children slowly die of radiation poisoning while you can’t do a thing about it. 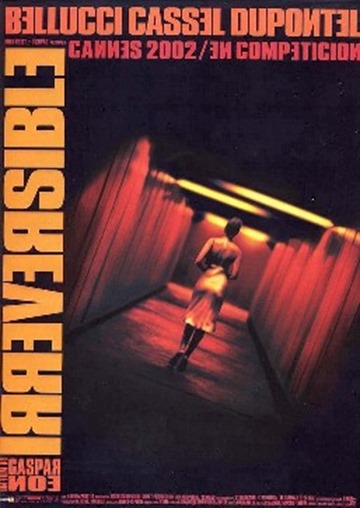 I first discussed Irreversible back when I reviewed I Spit On Your Grave, noting how the two films are generally perceived differently even though they both contain a long, drawn out depiction of a violent rape. I Spit On Your Grave is typically seen as sleazy whereas Irreversible is granted the honorific title of art. It’s not that Irreversible’s rape scene is any easier to stomach. In fact, it’s so realistic that it’s probably the worse of the two. But where I Spit On Your Grave applauds one act of violence leading to another, Irreversible unflinchingly shows the destruction that choosing the path of revenge can lead too, both to one’s self as well as others. That doesn’t make it one bit easier to sit through though. 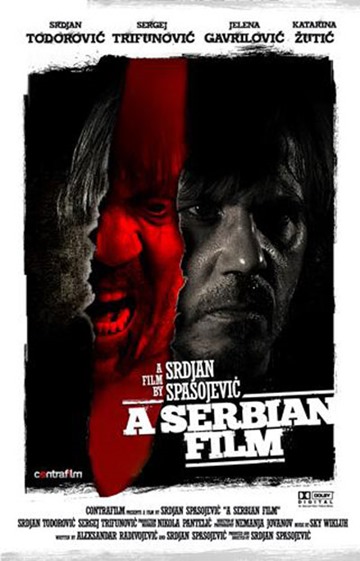 And finally, there’s A Serbian Film, which can go straight to Hell. I went into A Serbian Film mostly blind, relying on a few online reviews from folks who are generally trustworthy. Foolish me. As someone who is occasionally paid to review films, I feel an obligation to sit through a movie until the end just to give it a chance to say what it has to say. A Serbian Film tested that resolve at least three or four times. I’m not going to describe the horrors this movie depicts except to say they involve the graphic sexual abuse of children. The last ten minutes of the film are absolutely soul crushing. I’m told by some folks who are in a position to know better than I am that this film is a devastating critique of the socio-political system in Serbia. Maybe that’s true, but there has to be a better way to accomplish that goal than by showing what’s in this film. Again, to hell with it.

So there you have it, seven non-horror movies that manage to provoke responses ranging from unsettled to horrified to downright sickened. Perhaps that’s because we know the terrors these films depict are all too genuine. Stephen King once said of scary stories, “We make up horrors to help us cope with the real ones.” Unfortunately, that safety net doesn’t apply to these films because, once we leave the theaters, the horrors they’ve shown us are still out there waiting. Little wonder then that audiences avoid them and go for traditional horror movies instead. Here’s hoping Oscar season ends soon and we can get some of those back in theaters.