The Dark Crypt of DTV: ‘Unlisted Owner’ and ‘The Faith Community’

Home The Horror! The Dark Crypt of DTV: ‘Unlisted Owner’ and ‘The Faith Community’ 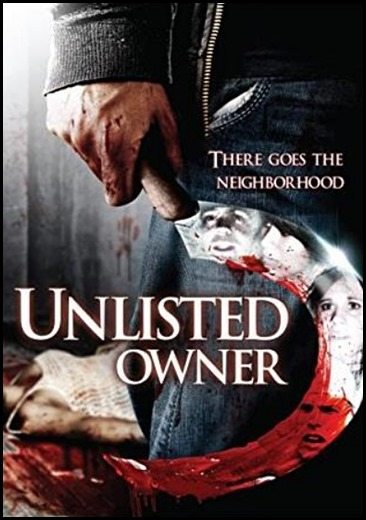 The Dark Crypt of DTV: ‘Unlisted Owner’ and ‘The Faith Community’

In his book Found Footage Horror Films: Fear and the Appearance of Reality, Alexandra Heller-Nicholas ponders the popularity of the found footage genre. Part of it, he suggests, is that found footage “seeks (not always successfully) to create a space where spectators can enjoy having their boundaries pushed, where our confidence that we know where the lines between fact and fiction lie are directly challenged.” This is a fancy film school way of saying that it’s a positive thing most found footage films look like YouTube videos. That should come as a relief to this week’s direct-to-video offerings that appeared in my inbox, Unlisted Owner and The Faith Community.

Unlisted Owner
Unlisted Owner starts out cheerful enough with a family of five moving into their new home. They’re in a horror movie, though, so it’s only minutes before the unfortunate fivesome are all murdered. Did I mention the “Owner House” has a history? Naturally, this latest bloodbath proves irresistible to the local layabouts, who promptly jump in a car and head over to check out the crime scene. Things don’t go well for them.

Plot-wise, there’s nothing new in Unlisted Owner. A bunch of kids go where they shouldn’t and something bad happens as a result. The handful of scares, including the film’s signature scene involving an attic opening, are effective enough, but mostly come late in the proceedings. That leaves it up to the characters to carry the first two-thirds of the movie and that’s where things are going to be make or break for most viewers.

Having spent my own teenage years in a not-so-big southern city, the characters in Unlisted Owner feel all too real. By that, I mean they talk and act just like the scores of amiable drunken rednecks who cruised my town’s main strip every weekend looking for something to do. I got along with them fine, but if that’s a clique you didn’t click with, the characters in Unlisted Owner might prove too annoyingly realistic to spend any time with. The story involves three students who travel into the remote wilderness to spend time at a bible camp with an up-and-coming evangelist. Two of them hope to strengthen their bond with God; the third, well, he just wants something to do. What the unsuspecting trio don’t know is that Camp Nazareth isn’t just another place to gather and sing Kumbaya, but actually the front for a twisted religious cult with less than heavenly plans. They find out soon enough, though.

As a religious person myself, I have to roll my eyes a bit at the portrayal of Christians in the film. It’s like someone watched a few episodes of Family Guy, skimmed a Richard Dawkins article, and thought that gave them a working notion of how Christians act. Combined with its cartoonish take on everyday believers, The Faith Community also loses a few reality points for its supposed bible camp, which seems to consist of a handful of the kind of pop-up play tents they sell in the toy section at Target. To its credit, however, the acting in The Faith Community is well above par for a found footage film, and evil cult films, realistic or not, are always good for a chill or two.

Reality Check
In many ways, found footage is the natural evolution of realist horror filmmaking. By removing most of the classical elements of filmmaking, It further emphasizes the act of experiencing the ‘experience.” The trade off, though, is that such films often look like something your next door neighbor’s kid shot on his phone and uploaded to the Internet. This may indeed challenge the boundaries of reality, as Heller-Nicholas put it, but it sure makes it hard to recommend to the typical viewer who just wants to watch a regular movie. Given this, Unlisted Owner and The Faith Community may be for found footage fanatics only.