In ‘Three Billboards’ Redemption Is Cheap 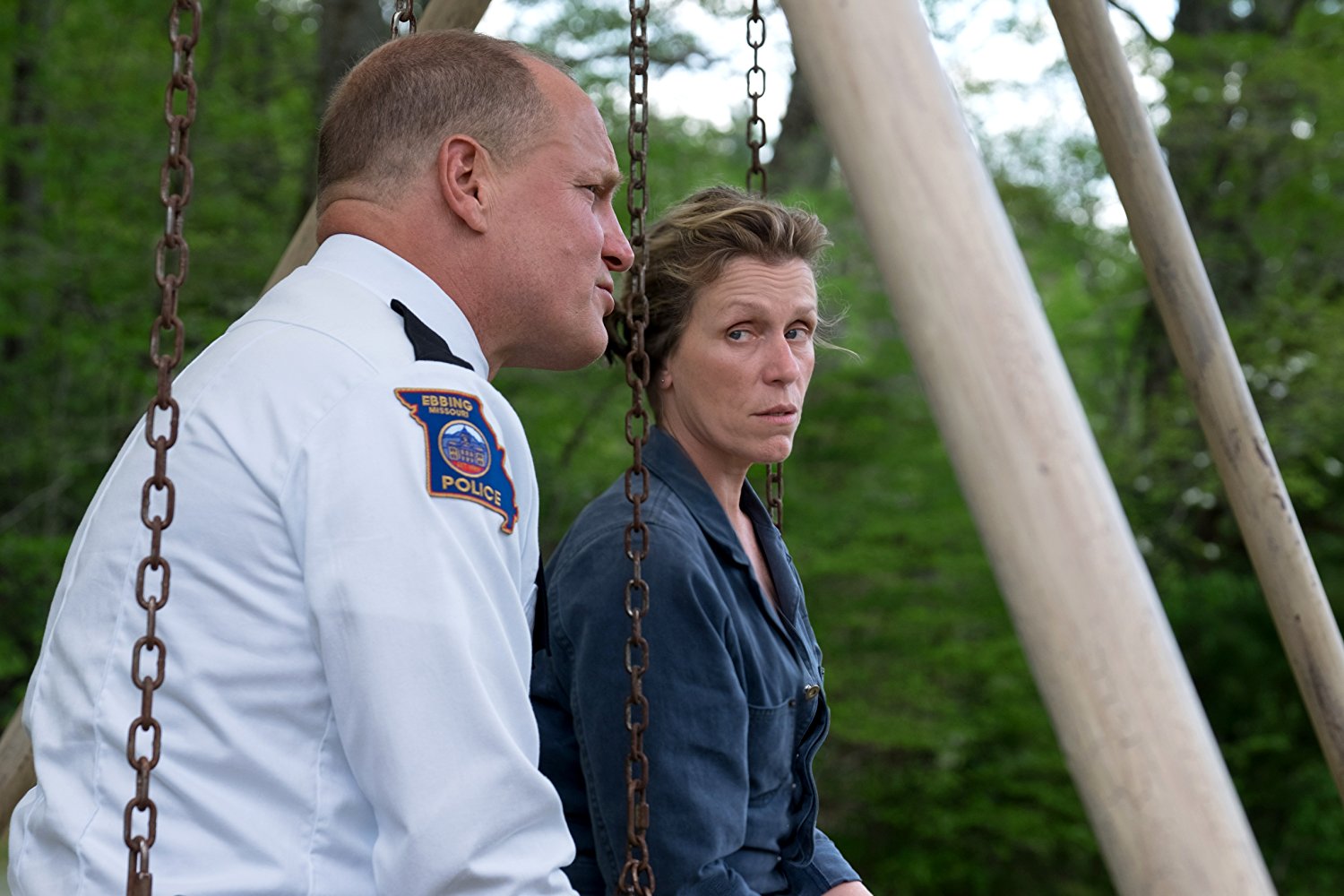 In ‘Three Billboards’ Redemption Is Cheap

Near the beginning of Three Billboards Outside Ebbing, Missouri, we see a young ad man, Red Welby (Caleb Landry Jones), reading Flannery O’Connor’s story “A Good Man Is Hard to Find.” The rest of the film sets out to prove that the novelist wasn’t kidding.

This recipient of seven Academy Award nominations, written and directed by Martin McDonagh, seems forever to be fumbling toward an idea of what goodness is, but it never quite gets there. It’s filled with characters who tell each other things like “You’re a good man,” overlooking some truly heinous deeds in order to do so. If the words were meant to be ironic, then we’d be looking at a profound film with some significant things to say about our ideas of virtue and our failure to live up to them. But that’s not the direction that Three Billboards goes.

The story centers on Mildred Hayes (Frances McDormand), a mother grieving the rape and murder of her daughter, Angela (Kathryn Newton). She’s embittered by the police department’s failure to arrest someone for the crime. Her decision to emblazon an angry message to Chief Bill Willoughby (Woody Harrelson) across the titular billboards sparks unrest in their small Missouri town.

Though the police department is known to be corrupt, the chief of police is a beloved figure—all the more because most people know he’s dying of pancreatic cancer. As the town takes sides, Officer Jason Dixon (Sam Rockwell), deeply loyal to Willoughby, unexpectedly finds himself caught in the middle.

McDonagh is a Tony-nominated playwright and an Oscar winner for his short film Six Shooter. So he brings a sense of theatricality to this film and it clashes with his attempts at hard-bitten naturalism. When characters make stagy speeches apropos of nothing or wildly out of place, it feels like watching a piece of experimental theater.

For example, I spent more time and mental energy than I should have wondering why an aging Missouri police chief would have a beautiful young Australian wife who makes Oscar Wilde jokes. There’s nothing wrong with experimental theater, but it’s a mode that doesn’t work for a searing portrayal of mourning and vengeance in small-town Missouri.

This is, of course, is no fault of the actors, who tear into the material with admirable vigor, the three leads earning themselves Oscar nominations.

As Hayes, McDormand delivers a blisteringly real and raw performance. She’s not afraid to portray her character as less than an ideal mother. She makes life difficult for her son, she yelled something unforgivable at her daughter the last time she saw her alive, and she starts wreaking havoc on her fellow townspeople.

Rockwell matches her intensity as the police officer who masks his insecurities with cruelty, and Harrelson adds a note of poignancy as the dying lawman.

It’s a shame, then, that McDonagh undercuts his talented cast by going for the cheap laugh, the cheap thrill, the cheap effect in general. His character Mildred  makes lengthy speech to a Catholic priest who remonstrates with her about the billboards. She rakes him over the coals for the child molestation scandal in the Catholic Church. It’s obviously meant to tickle our sense of righteous anger and to draw laughs (as it did at the screening I attended), but it has nothing to do with anything.

The movie doesn’t go all-out against religious faith, however. Alone by her billboards, surrounded by flowers and a curious deer, Hayes dares to voice a faint hope that there is a God who cares about what we do to each other. This moment could have been an anchor, even a turning point, in the film. Yet given where the story goes from there, it’s about as weighty as, say, a police chief telling a policeman who tortures black prisoners, throws a man out a window, and hits a woman in the face, “Deep down, you’re a decent man.”

The lesson we’re meant to take from all this is that redemption is possible, if we can just convince mean and violent people that love is better than hate, and give them something to live up to. Certainly there’s a lot of truth in that idea, but the problem with Three Billboards is that it pays lip service to love and redemption without demonstrating a clear sense of what they mean.

Though Dixon eventually experiences a moment of pure grace, and lets that lead him to a moving act of self-sacrifice for Hayes’s sake, in the end these feel more like isolated incidents than life-altering realities. There is little true repentance here, and only the slightest questioning of whether vengeance is truly the right path.

Ultimately, Three Billboards misses a great opportunity to show what redemption really looks like by reducing it to just one more cheap emotional effect.