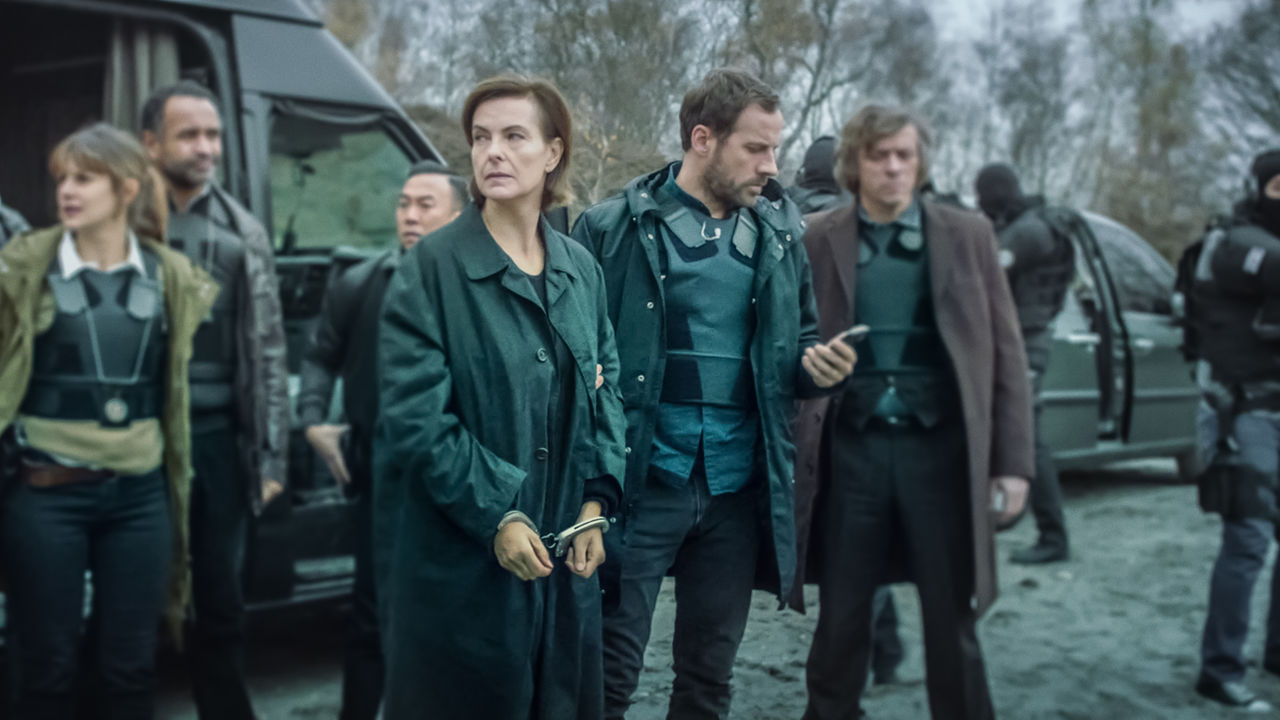 I sat down to watch La Mante (The Mantis in French, subtitled) because its star, one-time Bond girl Carol Bouquet, is one of my girlfriend’s favorite actresses. Also, we’ve binged many times on Criminal Minds, that longstanding procedural thriller about the hunt for serial killers. I don’t think most people watch such programs for the gore. (I can’t even watch horror films, much less the modern slasher fare.)

It’s rather that the character of the serial murderer by his or her nature invites complexity. He stages elaborate crime scenes. Why? What do they mean? He chooses his victims according to some intricate, secret pattern. How can we predict it? He’s driven to inhuman acts by baroque internal motives, and often past abuse. Can we profile those to catch him?

And in the effort of climbing inside his skin, so to speak, must the cops tap into the dark sides of their psyches? If they stare into the void long enough, do they risk becoming the void? That’s the question posed by the best films on this subject, such as Manhunter, The Silence of the Lambs, and Red Dragon, these three based on the novels of Thomas Harris.

It’s not quite what La Mante poses, though. This miniseries made for Netflix instead delves deep into tortured family dynamics. The hero, Detective Damien Carrot (Fred Testot) is a hardworking French undercover cop. He’s married to a lovely young woman (Manon Azem) who craves a child. But he’s not willing to have one, and he won’t share his secrets. Though she doesn’t know it, he thinks that they disqualify him from ever being a father. He’s haunted as if his very blood is tainted.

What kind of legacy could have that effect on a man? Well, how about this? His mother, Jean (Carol Bouquet) is an infamous serial killer, nicknamed by police the Preying Mantis. Thirty years before, she hunted and killed a long list of men, torturing, castrating, or otherwise mutilating each one of them. In return for her full confession, she gained anonymity for her son. She was jailed and imprisoned under a pseudonym, and her son grew up behind the cover story that his mother died in a plane crash.

How’s that for a tangled backstory? Testot does a fine, nuanced job of conveying an impassioned detective, fighting hard to keep his secrets — and haunted by the fear that he shares his mother’s psychotic capacity for violence. It is that which he won’t pass on to the next generation.

Damien gets knocked off balance, however. A new serial killer is on the loose — and seems to be copying his mother’s crimes, down to the last refinement of sadistic cruelty. From deep inside her entirely too posh, European prison, Jean lets the police know that she’s willing to help profile and track down the killer. But here’s the catch: She will only communicate with her long-lost son. She last saw him when the police broke down her door and hauled her away for a long list of murders, while he was still an adolescent. Jean wants to see and get to know the man Damien has become. That’s the price of her assistance.

But her deal proves almost too costly for Damien. He’s a good man, a loving husband, and a brave police officer. He has spent his whole life putting behind him the sick, appalling cruelty that his own mother displayed — which splashed across every newspaper and TV station in Europe. Now he must sit face-to-face with her, and go over sickening photographs of her actual victims — comparing them to the new corpses desecrated by her copycat.

I don’t want to spoil the story, so I won’t give away much more. Rest assured that the duel between these characters, and the unseen, elusive copycat, delves deep into human motives, the nature of evil, and the dynamics between the sexes. The story eludes the clichés you might expect from American TV shows, and regularly spins off in new and surprising directions. The violence is never exploitative, and the viewer is forced (despite himself) to grow in empathy for profoundly troubled characters. That’s a function of first-rate writing and supple acting.

La Mante isn’t always easy to watch, but once you dive in, it’s impossible to stop.