Looking for Five Seasons of Engrossing Family Adventure? Look Back at BBC’s ‘Merlin’ 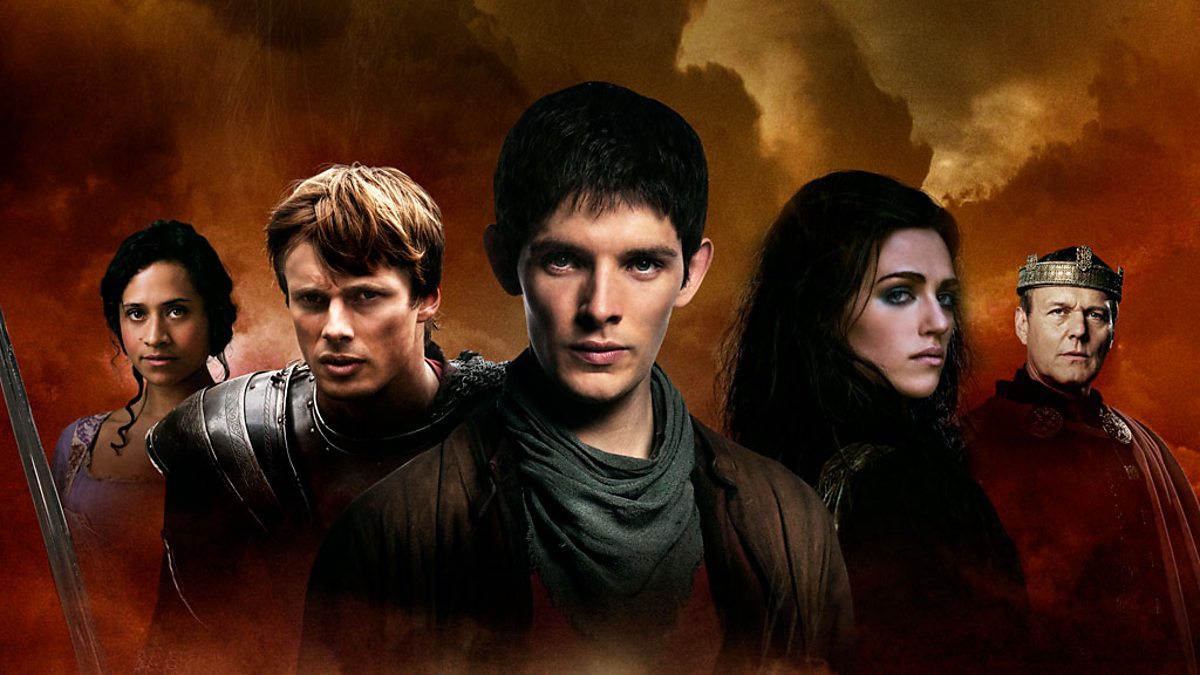 Looking for Five Seasons of Engrossing Family Adventure? Look Back at BBC’s ‘Merlin’

On Twitter a few weeks  ago I saw plaintive request by a parent: “Is there anything not R or PG-13 I can watch with my kids on Netflix?” I don’t think she was looking for children’s programs, but for “family entertainment” in the style that Disney and Looney Tunes used to serve up. That is, engrossing stories with humor and plot twists, and some references thrown in for the grown-ups that were “adult” in the old fashioned sense: They were sophisticated, or tapped into cultural knowledge that kids wouldn’t have—but wouldn’t hurt them if they did. Think of the fact that Elmer Fudd sung “Kill the wabbit, kill the wabbit!” to the tune of Wagner’s “The Ride of the Valkyries.” Kids would just laugh at the lyrics, but parents with any knowledge of classical music—much less of the uses the Nazis were even then making of Wagner — would enjoy the irony at a much deeper level.

Now adults are more adolescent, our kids are inducted into sex and violence too soon, and the entertainment industry is full of libertine culture warriors who want to form our young in their image. So it’s harder and harder to find what that nice lady was looking for.

But I made a suggestion, and now I’ll make it to you. Just a single show, but it’s a start. It’s Merlin, from BBC. The show finished in 2012, but I just discovered it on Netflix, and it has a solid five seasons of episodes you can enjoy. I’d watched it several times before I noticed on its description that it was billed as “family-friendly.” There is nothing juvenile, sentimental, or unsophisticated about it.

The characters are complex, richly developed, convincingly acted, and they gradually change over time. The worst villains are given real human motivations, while the heroes are plausibly flawed. Colin Morgan (Merlin) plays a compelling and loveable teen protagonist, whom any of us, whatever his age, wants to watch and root for throughout.

Real human passions are on full display, from romance and martial pride to vengeance and jealousy. A strong moral core of humane values runs through the show, and it’s that code which the heroes use to judge their choices—even the use of dangerous magic from “the old religion” (Celtic paganism).

The writing is consistently good, and the plot turns often surprising. Meanwhile the sets are resplendent with all the color that we associate with the Middle Ages. (That’s a bit anachronistic, since the story is set in the fourth or fifth century, but I don’t mind.) Even the special effects, while modest, are convincing.

So I highly recommend the show, even to those who don’t have ten-year-olds sitting next to them on the couch. I don’t have kids and I’m not prissy (one of my other favorite shows is Criminal Minds) but I’m addicted to watching Merlin.

A few things about it are curious. It makes major concessions to non-traditional casting. A black actress (Angel Coulby) plays Guinevere, and black and Asian actors appear throughout the story—this at a time when virtually no people from Africa or Asia were present in the British Isles. The show just pretends that everyone looks the same, and offers no explanation (such as having Guinevere say something like, “When my grandfather landed here with a Moorish raiding party….) To those with any knowledge of British history before say, 1950, this is distracting, but harmless.

More telling is the total absence of Christianity. That’s on the surface plausible, since the tale is set in the mists of the poorly documented early Dark Age, when Roman legions had pulled out of Britannia and left it to face Germanic invasions. Enough readers don’t know that Christian missionaries were already widespread by then, and quite successful —such that pagan Anglo-Saxons were attacking mostly Christian Britons. Hey, that’s okay — we know this is based on legends, not history.

And in one sense it’s welcome. Arthur is still just a callow, slightly oafish but good-hearted prince. His father, Uther (Anthony Head) still rules the small kingdom of Camelot. And Uther has his reasons for hating pagan magic and all who use it. In fact, he ruthlessly persecutes anyone who even possesses magical abilities. This makes for constant tension, as Merlin must hide his talents. In the hands of less canny producers, this subplot would have played out with Christian bishops as villains, urging Uther on in his savage attacks on the pagans … the storyline writes itself. But the makers of Merlin didn’t write that, and I’m grateful that they didn’t. Instead, they chose to pretend that the missionaries hadn’t made it to Britain yet. So the confrontation instead is between a dark and ambivalent pagan religion of magic, and a newly secular state that has no apparent tolerance for religion. That’s much more interesting, though again quite ahistorical.