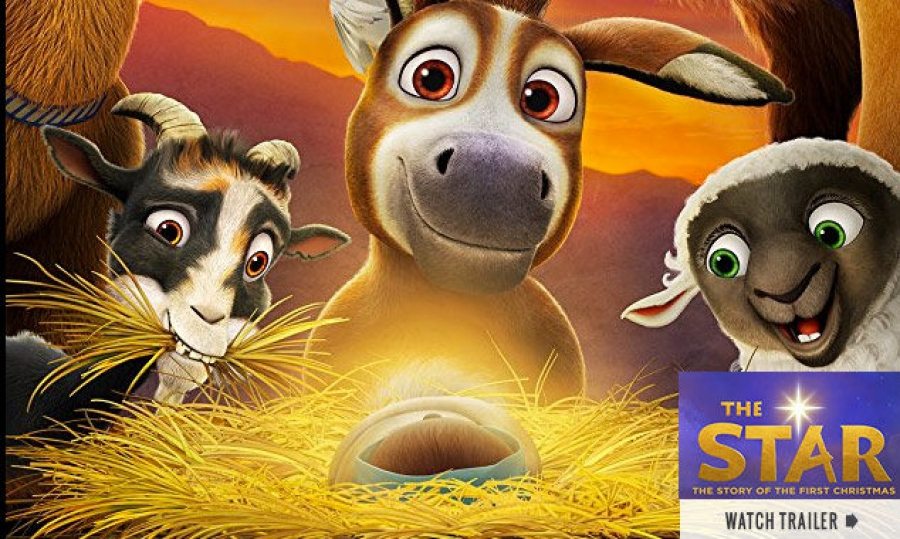 The destiny of Bo, a millstone donkey, seems pretty clear: going in circles again and again to grind wheat inside a dark Nazareth stable. Then, a new and bright star appears in the sky, and when he sees it from a small hole inside the stable where he lives and works, he’s inspired by a dream: to run away and join the royal parade.

Bo’s best friend, the funny bird Dave, shares the same aspiration. They will in fact witness the birth of a King, but from inside a stable in Bethlehem together with angels, magi and shepherds.

Here is the story of the birth of Jesus as seen from an unprecedented point of view, that of the animals that traditionally inhabit the nativity scene. Even by summing it up in a single sentence, the idea this movie is built upon shows all of its appeal, but also the huge risk the creators took.

Conventional wisdom suggests that one avoid mixing the sacred with the profane, and not use it for mere worldly aims like entertainment. Well, we can immediately remove any doubt: The Star is up to the challenge.

Paraphrasing a statement at the end of the movie, the film’s creators have in fact taken some liberties, but they tried to pay the deepest respect to the greatest historical event ever told by men. Indeed, from its inception this project shows its almost missionary intent, put before any commercial or entertainment goal.

But still, and here lies its greatest merit, the movie is a funny and immersive work of animation.

During his escape plan, Bo soon finds himself at the door of two newlyweds, Mary and Joseph, and witnesses their troubles: Mary is pregnant, and not by her husband, but rather by the power of the Holy Spirit. Joseph, apparently somewhat grumpy, is actually a good man, and when tested he will rely on prayer.

The “human” parts of the story, such as the journey of the wise men and King Herod’s terrible plan for killing the new King, are treated correctly. The latter introduces the villain of the story: a huge armed soldier with two rabid dogs tasked with finding the baby.

Bo, Dave and Ruth, the lost sheep they met on the way to Bethlehem, will have to prevent this threat, strengthening their friendship and, instead of following the simplest and straightest road to their initial dream, following one that is apparently more winding and complicated.

With flawless animation and funny jokes, The Star is a pleasant surprise. Perhaps its only flaw is that it addresses mainly an audience of children not older than eight years.

This review originally appeared at Mercatornet.com and is reprinted by permission.