Feminists Are Furious with How ‘Justice League’ Changed the Amazon Costumes. There’s Just One Problem. 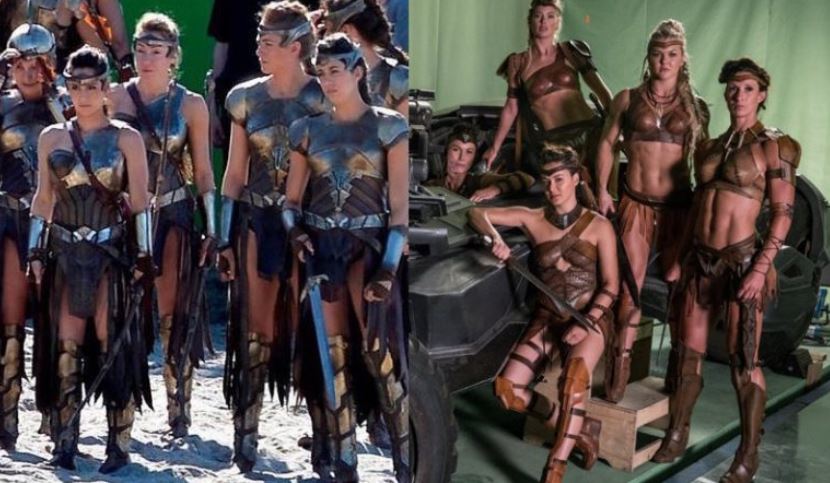 Feminists Are Furious with How ‘Justice League’ Changed the Amazon Costumes. There’s Just One Problem.

We recently had a hotly-contested interoffice conversation on the artistic merits of Wonder Woman. (Apparently not everyone thought of highly of it as I did. They clearly are wrong.) But the hot topic this week had nothing to do with art or cinema.

Justice League director Zack Snyder (Watchmen, 300) is under fire for allowing some modifications to the outfits worn by Diana’s fellow Amazonian warriors. They appear to be mostly leather and a bit skimpier, and feminists are not happy.

Here is a fantastic example of the difference between the male and female gaze.
Patty Jenkins’ Amazon warriors on the left. Zack Snyder’s on the right. pic.twitter.com/fRDkV8dFLe

The implication, of course, is that Snyder is sexualizing women. But as many twitter users pointed out, the Amazonian costumes are rather similar to the one’s featured in Snyder’s 300, which featured scores of buff, bare-chested Spartan warriors doing battle with a Persian horde.

So, does the feminism criticism hold up? Not really.

First, it’s worth pointing out that the actresses themselves didn’t view the costumes as sexualizing or a step backwards.

“[It] didn’t bother me at all,” said Brooke Ence, who plays the Amazon Penthiselea in both movies. “The girls on set, we never thought of (the new costumes) as a sexy version. “It felt a little more glamorous, if anything, because we had bigger, beautiful hair, which I loved.”

Second, complaints that the Amazonian armor in Justice League is less protective fails to account for the fact that the Amazons in Justice League reportedly are from a different era than those in Wonder Woman. More importantly, it’s clear that Snyder is more concerned about style than accuracy or practicality. (There are obvious reasons Spartan hoplites looked like this, not this.)

One can like or dislike Snyder’s sexualized style, but to imply that his work sexualizes women in a particular way relies on poor reasoning, and it reveals more about the aggrieved than Snyder or an alleged patriarchy.

The flap reminded me of something Barbara Lilley recently wrote on the changing nature of feminism. Lilley argued that neo-feminism has an unhealthy focus on the division of the sexes.

“Call me crazy, but I thought feminism was supposed to be about the equality of the sexes, not their division into competing camps,” she wrote.

If gender feminists must resort to Hollywood costumes worn by mythical warriors as evidence of our culture’s systemic oppression, is that perhaps evidence of the progress our society has made regarding the very real inequality that existed in the not-too-distant past?

This column originally appeared at IntellectualTakeout and is reprinted by permission.