The Brilliance of the Original Frankenstein Films 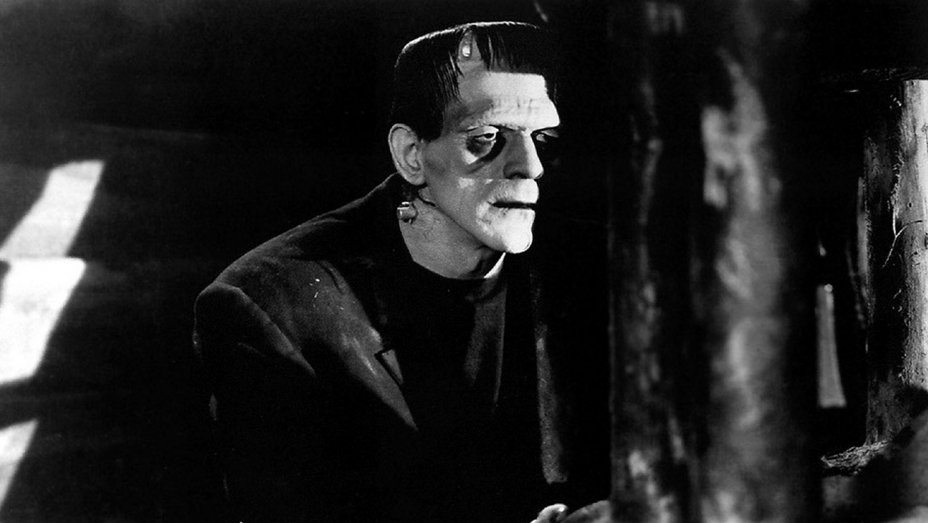 The Brilliance of the Original Frankenstein Films

Ever since I was a kid in the pre-internet, pre-cable 1970s, I’ve loved the classic horror films of the 1930s and 40s. Black and white alone seemed to lend a mysterious, nightmare quality missing from later technicolor slash-ups flowing with redder-than-life blood. But it was more than just black and white. The old classics were works of art, often weaving literary themes and social commentary into stories borrowed from the great masters.

James Whale’s Frankenstein and The Bride of Frankenstein are perfect examples and my personal all-time favorites. They really should be viewed back to back, as one continuous film, even though that was not Whale’s original intention. He was reluctant to make a sequel to his 1931 original, and Boris Karloff didn’t like the idea of having the monster talk (although it did in the Mary Shelley novel). Thank goodness neither got his wish.

If you’ve never seen these films, you’re in for a different kind of treat. I don’t know that they were ever really scary for me, even when I was very young, but I couldn’t take my eyes off them. Every scene in the first film is a classic, from the opening in the graveyard to Colin Clive’s famous, “It’s Alive!” scene to the memorable climax in the windmill, where the camera alternates between Frankenstein’s and his creature’s faces as they stare at each other through a turbine.

You needn’t have a film degree to appreciate Whale’s cinematic mastery. After viewing any of his films, watch it again with the sound turned all the way down. Even his 1936 musical Show Boat still works as a silent. This guy was good.

But there is more than cinematic mastery at work. Whale’s two-film masterpiece has the kind of depth usually found only in great works of literature. On the surface, it is a morality play about Man not infringing on God’s prerogatives through scientific discovery. Indeed, that is how the Mary Shelley character in Bride describes the first film’s story. The theme is solidified during the iconic “It’s Alive!” scene when Colin Clive as Frankenstein, in hysterical joy over the success of his experiment, exclaims, “Now I know what it feels like to be God!”

The film works on this level, with the murderous monster being Frankenstein’s punishment for daring to emulate God. Yet, Whale also paints the monster as sympathetic, largely a victim of the circumstances of his “birth.” He repeatedly seeks out love and friendship, only reverting to violence when his rapprochements are met with hatred and fear. Even his criminal instincts are attributed to an abnormal brain Frankenstein’s bumbling assistant steals after dropping a perfectly normal one on the floor of the lecture hall in which both were being displayed.

The Bride of Frankenstein

Whale takes this side of the monster a step further in the sequel, continually associating the monster with Jesus Christ. At one point the monster is captured by villagers and bound to a pole, crucifixion-style, before being dropped into a hay wagon and taken to jail. The jailer’s pounding of the spike which secures his chains is also reminiscent of the crucifixion. While the monster is lying on the cot in the blind man’s cottage, a crucifix can be seen over the monster’s head, which remains illuminated on the screen for a moment after the rest of the scene fades to black.

Whale continues the Christ imagery while the monster is pursued a second time by the villagers, as the monster literally “descends to the dead” for his meeting with Praetorius, who is earlier identified as “the very Devil.” But where is all this leading? Why associate this murderous brute with the Prince of Peace?

Whale brings it all together at the end when the monster assumes his role as both savior and judge. First, he kills the murderous assistant Karl, for seemingly no reason, unless one understands the role he is now playing. Killing Karl serves justice for the murder Karl committed to obtain the bride’s heart and is the first act in ridding the world of the evil brought into it by his own creation.

Frankenstein has done a great wrong by creating him, compounded by his unwilling collaboration with Praetorious to create “a man-made race upon the face of the earth.” The monster must now sacrifice his own life to make things right and save the world from Praetorius, the Devil.

And just before pulling the why-in-the-world-does-it-even-exist self-destruct lever, the monster allows Frankenstein and Elizabeth to escape, saying, “Yes! Go! You live!” Frankenstein is allowed to escape because he is no longer the power-mad blasphemer of the first film, but has repented in the sequel, only participating in Praetorius’ scheme after Elizabeth is kidnapped. The monster then turns to Praetorius and the would-be bride, saying, “You stay. We belong dead.”

While all this works within the man-infringing-upon-God’s-turf theme, it obviously begs the question: If Frankenstein is responsible for all his creature’s sins and suffering, who is responsible for Frankenstein’s? Indeed, both the novel and Whale’s films can be interpreted as an allegorical indictment of God Himself. Are we not all ugly, lonely, and violent compared to our creator? Couldn’t an all-powerful God have truly created us in his own image, free from sin or suffering? Why didn’t he?

One can’t help but wonder if Whale especially related to these questions, being a homosexual at a time when it could literally land you in jail. Certainly, this gave Whale extra incentive to question his creator about why he was created so if he was going to be made to suffer for it. That’s not to say Whale felt self-hatred at being gay. On the contrary, his films, especially Bride, are loaded with jabs at the conventional society which won’t accept him as he is.

The most searing might be the ending of Bride itself, which turns the Christ story on its head. Rather than a kind, loving creator sacrificing his life to save his creature, it is the creature who saves the creator, for the sin of creation itself! One can imagine Whale grinning mischievously as he looses his rapier wit on this most sacred of polite society’s institutions.

To say they don’t make horror movies like these anymore is certainly an understatement. But if you’re just looking for a couple hours of spooky fun, there is no need to reach for the TV remote or your mouse. Like all masterpieces, Whale’s films work on a number of levels, and nothing will get you in the mood for Halloween better than these two classics. As Dr. Praetorius would say, “They’re my only weakness.”