You Don’t Have to Be a Jerk from NYC to Love “Impractical Jokers.” But I Can Tell You, It Helps!

Home Feature You Don’t Have to Be a Jerk from NYC to Love “Impractical Jokers.” But I Can Tell You, It Helps! 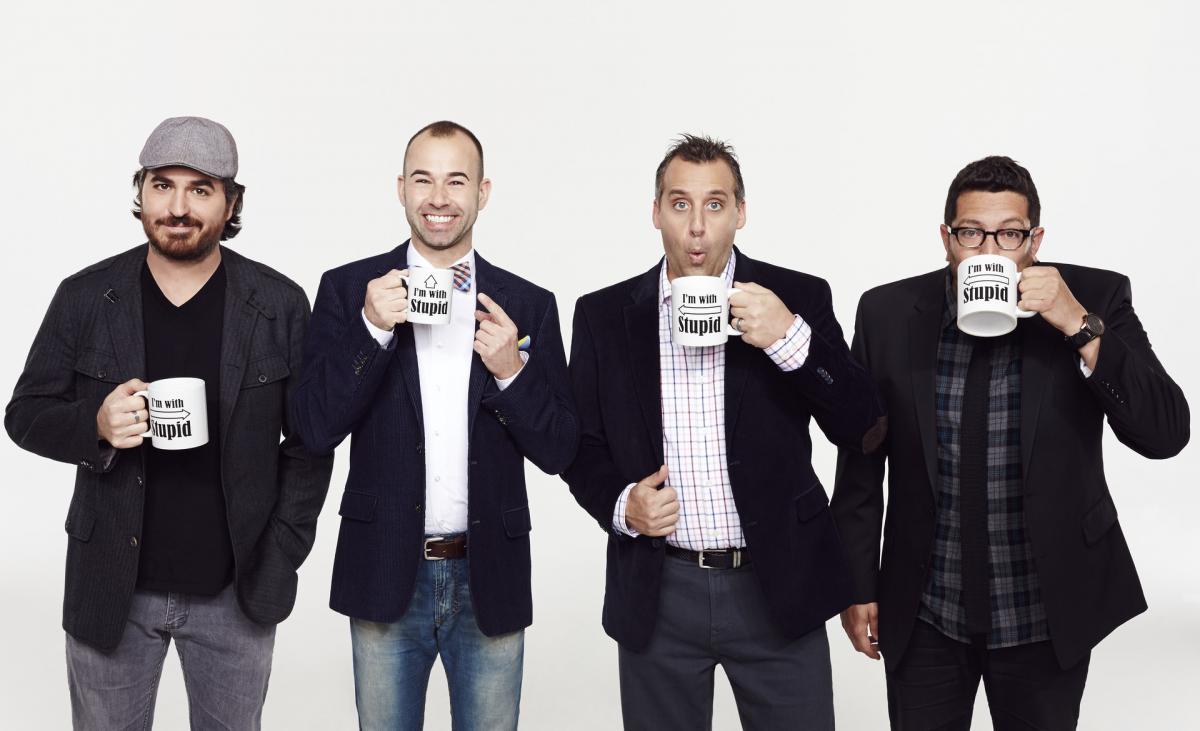 You Don’t Have to Be a Jerk from NYC to Love “Impractical Jokers.” But I Can Tell You, It Helps!

They’ve managed to keep it up. And I already feel old. Is it possible that TruTv’s Impractical Jokers is on its 12th season, and still going strong? Given that Sascha Baron Cohn had to retire “Borat” as a character after his smash feature film, how is it that New Yorkers are still falling for Sal, Q, Murray, and Joe? Why don’t they recognize these guys when they do things like:

As a native New Yorker, let me tell you: It’s because no one in New York makes eye contact. We’re either too rushed going from our first job to our second to cover the taxes and rent, or a little bit afraid that it might result in a fistfight. We remember the 1980s, when things weren’t quite so peaceful in the City….

Now a TV prank show always has the potential to get a bit ugly. You are fooling strangers on national television, after all. What lets the Jokers get away with pranking the high-strung often short-fused inhabitants of our nation’s most crowded city? I think it’s that the four childhood friends from Staten Island make sure that they are always the butt of every joke. They’re not making the bystanders look foolish. They’re playing the fools themselves. And which of us has not had to ride in a subway car where someone was making a ludicrous scene? Or sit in a restaurant while something appalling was happening right across from us? I’ll never forget the night in Waterfront Crabhouse in Long Island City where an overweight woman was shoveling pasta down her throat … and she started to choke. Her date just sat there eating, not seeming to notice her plight for 10 long seconds. By the time he paid attention, she was already coughing linguini onto the tablecloth. She paused for maybe … two seconds, then dug back into her food.

In a city where such occurrences are normal, how can you really tell whether or not you’re trapped inside some reality show? It’s a reality show on a vast, citywide scale. And Impractical Jokers is a fitting tribute to the city that gave it birth. Probably in the backseat of a dirty cab driven by some guy who speaks no Indo-European language.

As I sit now in Downtown Dallas, I watch it eagerly, just to feel like I’m back home for half an hour.