The Red Politics of Revenge 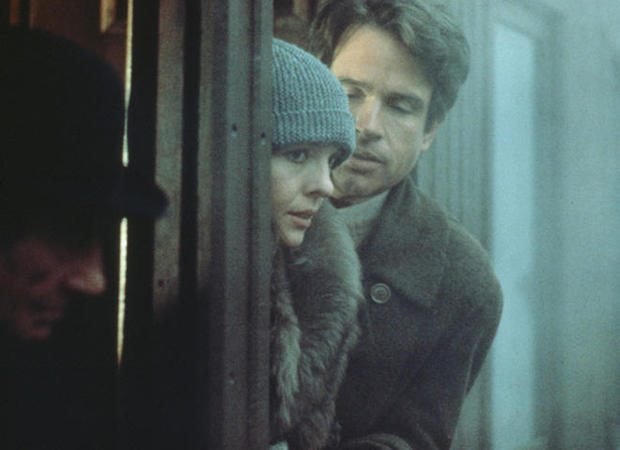 The Red Politics of Revenge

I saw the movie Reds when it came out in 1981, and I still rewatch it to this day. After all these years, the movie holds up as one of the most intellectually interesting and visually powerful portrayals of lost history that I’ve seen.

The movie stars Warren Beatty playing John Reed, the famous communist journalist who wrote Ten Days that Shook the World, a journalistic account of the Bolshevik revolution that whipped up a great deal of sympathy for the Bolsheviks in the United States. Diane Keaton plays his girlfriend and eventual wife, Louise Bryant.

The film is unforgettable in so many ways. It includes some of the best romantic fight scenes I’ve ever seen, not least because they paralleled the actual off-screen lives of Beatty and Keaton. The portrayals of figures like Max Eastman, Eugene O’Neill, and Emma Goldman are very convincing.

In terms of culture and politics, the film provides a richer education than you can get from 50 books on the topic of the Progressive Era, the Great War, the Russian Revolution, and the heady brew of interwoven cultural issues like women’s suffrage, birth control, abortion, free love, and the beginnings of the organized socialist movement in the United States.

The account of the many splits on the American Left in those days helps people understand why the history of the I.W.W. (Wobblies) is something that needs to be understood.

I’ve never been sympathetic to the Bolsheviks as versus the old regime in Russia, but the scenes here from the revolution are completely inspired and touch the heart of anyone who agrees with Jefferson on the positive need for revolution from time to time. The portrayals of both Lenin and Trotsky seem authentic, and thrillingly so.

That sense you get that you are watching the real thing is enhanced by the extended interviews with people who actually knew both Reed and Bryant. They all have strong opinions. They are wise. They are insightful. We hear from communists and anticommunists, socialites and politicians, working-class philosophers and credentialed academics. It is a beautiful mix.

From a political perspective, the film offers a devastating turnaround judgment on the results of revolution. Emma Goldman tries to talk some sense into Reed in the years following, and explains that millions have died from starvation, that nothing works right, that the vanguard of the proletariat has become a centralized police state. Reed won’t listen. He explains back to her that the socialist revolution requires terror, murder, and firing squads.

Here is the exchange with Maureen Stapleton playing Emma Goldman:

Goldman: “Jack, we have to face it. The dream that we had is dying. If Bolshevism means the peasants taking the land, the workers taking the factories, then Russia’s one place where there is no Bolshevism.”

Reed: “Ya know, I can argue with cops. I can fight with generals. I can’t deal with a bureaucrat.”

Goldman: “You think Zinoviev is nothing worse than a bureaucrat. The Soviets have no local autonomy. The central state has all the power. All the power is in the hands of a few men and they are destroying the revolution. They are destroying any hope of real communism in Russia. They are putting people like me in jail. My understanding of revolution is not a continual extermination of political dissenters. And I want no part of it. Every single newspaper has been shut down or taken over by the Party. Anyone even vaguely suspected of being a counter-revolutionary can be taken out and shot without a trial. Where does it end? Is any nightmare justifiable in the name of defense against counter-revolution? The dream may be dying in Russia, but I’m not. It may take some time, but I’m getting out.”

Reed: “You sound like you are a little confused about the revolution in action, EG. Up ’till now you’ve only dealt with it in theory. What did you think this thing was going to be? A revolution by consensus where we all sat down and agreed over a cup of coffee?”

Goldman: “Nothing works! Four million people died last year. Not from fighting war, they died from starvation and typhus in a militaristic police state that suppresses freedom and human rights — where nothing works!”

Reed: “They died because of the French, British and American blockade that cut off all food and medical supplies. And, counter-revolutionaries have sabotaged the factories and the railroads and telephones. And the people, the poor, ignorant, superstitious, illiterate people are trying to run things themselves just like you always said they should, but they don’t know how to run them yet. Did you honestly think things were going to work right away? Did you honestly expect social transformation was going to be anything other than a murderous process? It’s a war EG, and we got to fight it like we fight a war: with discipline, with terror, with firing squads. Or we just give it up.”

Goldman: “Those four million didn’t die fighting a war. They died from a system that cannot work.”

And here we come to understand something of the strange mind of the dedicated communist ideologue, so dogmatic in his adherence to a creed that nothing can shake the faith, not even the deaths of millions and millions of people. His doubts about the revolution and the Communist Party crystallize only when one of his speeches is edited. So he can turn a blind eye to holocaust, but a violation of his freedom to speak becomes an intolerable act. Some moral compass!

At the same time, we are given a more complicated picture at the ground level of what drove the actual events of the Bolshevik revolution. The film narrative focuses heavily on the Russian war on Germany and what the draft and massive death meant for the Russian people. It prepared them to embrace radical solutions. Lenin, in particular, was more hardcore than anyone else on the need to end the war. In real life, there was another complicating factor here: hyperinflation had also wrecked the economy. Hopelessness is what drove the Russians into the hands of the communists.

Stateside, we discover that World War I, the gigantic military machine erected in the United States to fight it, the betrayal of the antiwar cause by Woodrow Wilson, and the emergence of a capitalist class working together with the state machinery were the issues that emboldened the socialist movement in the United States.

Let’s consider militarism, the draft, and the government-business partnership of war to be pieces of what we can call right-wing government. The film brilliantly portrays how the Right prepares the way for the Left (and vice versa)— in both the United States and Russia. The Right gives the motivation and creates the sense of desperation and moral outrage that leads people to embrace utterly implausible solutions like socialism and communism.

And today? After the Soviet Union fell apart, and the system reformed, the regime has backlashed in a different way, still relying on a centralized and despotic state but imposing authoritarian rules on society in the name a reasserted nationalism. We might call the regime what it is: fascist. Notice the ease with which the Reds become the Browns.

Had there been no war and inflation in Russia, there would have been no revolution, and we would have been spared 80 years of communism. In the United States, the communists and socialists would have remained a small group of activists with no rallying cry, no victim story, no tale of capitalist evil to tell to the public and the workers.

The entire story makes an interesting parallel with our own times. Five years ago, if you had shown me an Obama fanatic, someone for whom this man could do no wrong, no matter how brainless his economic policies or how violent his foreign policies, and I’ll show you a person who today hates the guts of Donald Trump–and mostly for the right reasons–but longs for a different form of top-down rule.

We all saw this coming for the last eight years. Obama ruled with an eye to class warfare, breaking functioning markets, harassing business, and alienating the middle class. It was a mix of policies that seemed to be designed to embolden the Left. Then the blowback came with the election of Trump, designed to reverse the flow in favor of a different kind of warfare: the outgroup became the ingroup. And the extremists on the right increasing talk just like Jack Reed in the film, longing for “discipline, with terror, with firing squads.”

This process of left-wing statism giving way to right-wing statism, and back again, provides a summary narrative of the last 100 years of political history. It is a particularly maddening one for old-style liberals and libertarians, since we see how the two work together, often unbeknownst to the partisans, to build the leviathan state step by step.

It is surely not a far-flung hope that someday societies will learn to reject the militarism and regimentation of the Right without embracing the collectivism and violence against property offered by the Left. And someday perhaps there will come a time when the tide of history will turn back the advances of the Left without emboldening the violence of the Right.

In other words, the goal isn’t reaction but progress through liberty.

For a century, we’ve been getting it wrong, and the loss has been missed prosperity and peace. It’s time to try a new way.

This column originally appeared at The Foundation For Economic Education and is reprinted by permission.