Why Is Colin Kaepernick Really Unemployed? 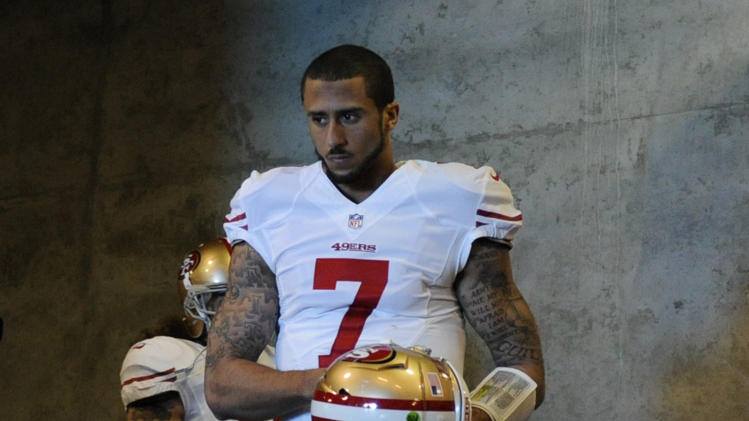 Why Is Colin Kaepernick Really Unemployed?

Literally thousands of articles and blogs have been written over the last few months about a sports story that does not involve any game or match being played. At issue is why former San Francisco 49ers quarterback Colin Kaepernick is not on an NFL roster.

Last year Kaepernick antagonized sports fans across the country by choosing to kneel instead of standing when the “Star-Spangled Banner” was played before games. Kaepernick claimed that this was his protest over the treatment of blacks by American police officers.  As he put it, “I’m going to continue to stand with the people that are being oppressed. To me, this is something that has to change. When there’s significant change and I feel like that flag represents what it’s supposed to represent, this country is representing people the way that it’s supposed to, I’ll stand.”

Now Kaepernick is without a job, and a great many people who are sympathetic to the Black Lives Matter movement are saying that the league is wrongly “blackballing” him. Most of those making this claim know little about professional football, and, to be fair, many who are defending the NFL know as little or even less.

What’s striking in all this commentary and reporting are the questions that are not being asked. But before we examine those, it may be worthwhile to give some background on the situation.

Critics of the NFL tend to emphasize Kaepernick’s success earlier on in his career. There was plenty of that. During the 2012 season, Kaepernick replaced Alex Smith as the 49ers’ starting quarterback, and the team went to the Super Bowl. Pleased with his play, the 49ers traded Smith to the Kansas City Chiefs, and with Kaepernick as their starter they reached the NFC championship game in 2013.

Then things started to go wrong. The team’s coach, Jim Harbaugh, left, and the quality of its roster and its play-calling deteriorated rapidly. The 49ers soon went from having one of the best offensive lines in football to one of the worst, while many of its stars on defense retired or suffered crippling injuries. As few of its players were effectively replaced, the 49ers dropped to the league’s bottom. Last year, with Kaepernick starting for much of the season, the team had the second worst record of the league’s 32 teams, finishing 2-14.

Kaepernick’s performance after the National Anthem was sung was plainly a big part of the problem. As the team has collapsed, so has Kaepernick’s play. This has declined so much that last year Pro Football Focus, a respected player rating service, was grading Kaepernick as the 30th best of 34 NFL quarterbacks it was assessing. The service concluded that he was only barely outplaying his much-derided journeyman back-up Blaine Gabbert .

The fall-off in Kaepernick’s play exposed his limitations. Kaepernick is a great runner with outstanding speed, and he has a strong arm that allows him to make difficult throws to the sidelines and deep downfield. But his accuracy and his ability to see what’s happening on the field is extremely limited. Moreover, he has stopped eating meat and has lost weight. That’s left him worrisomely skinny, and he’s been bothered by injuries that might not have affected him were he still heavier and more muscular. Hence, there are many questions among league executives about how well he can stay healthy during the course of a season now that he is no longer so young.  (His thirtieth birthday comes in November.)

Many fans of teams like the New York Jets, the Baltimore Ravens and the Jacksonville Jaguars have complained because their organizations, which lack healthy and effective starters right now, are unwilling to sign Kaepernick. But it’s not clear that he can perform at a high level for these teams. The Jets in particular play what’s called a West Coast offense. That requires a quarterback who can make well-timed, precision throws. This isn’t what Kaepernick excels at.

However, there’s no doubt that Kaepernick is still better than many of the league’s back-up quarterbacks, and having a competent and experienced second-stringer is important.  Gabbert, as a for instance, has found another job as the potential replacement for Arizona Cardinals’ starter Carson Palmer.

So it is wrong then that Kaepernick can’t find work?

My feeling is that this is the wrong question. I would pose several other ones in its place.

First, are NFL players who say that they think it’s wrong that Kaepernick is unemployed willing to take a pay cut if that happens? NFL TV ratings were off about 14 percent last year. Over time that will reduce NFL revenue by a slightly smaller amount. Since the players share revenue with the team owners, all player salaries will fall. And according to a survey undertaken by J.D. Power, the national anthem protests were the single biggest reason that fans didn’t want to watch games last year.

Packers’ quarterback Aaron Rodgers has said that it’s wrong that Kaepernick is jobless. But is Rodgers willing to see a few hundred thousand dollars taken out of his pocket to fix this? Perhaps the owners are simply being more honest and less hypocritical in choosing not to employ someone who will cut into their bottom line. This is quite apart from the genuine disgust that owners like the Jets’ Woody Johnson, a leading conservative fundraiser, must feel for Kaepernick.

There is also the matter of Kaepernick’s decision last year to wear a T-shirt showing Malcolm X meeting with Fidel Castro. One wonders: are players comfortable playing alongside an acknowledged communist sympathizer — and will fans be? What does it say that Kaepernick is unwilling to pledge allegiance to our country but willing to wear clothes that suggest he supports a notoriously despotic and racist regime, one that imprisons homosexuals?

Finally, there is the subject of whether Kaepernick knows himself. The product of a union between an Italian-American woman and an African-American man, Kaepernick was given up at birth for adoption, then raised by a white couple. That he has become enmeshed in the Black Lives Matter movement all but screams out that he may be dealing with his own identity issues. Reporters ought to stop with the squeamishness and the political correctness and ask him about this directly.