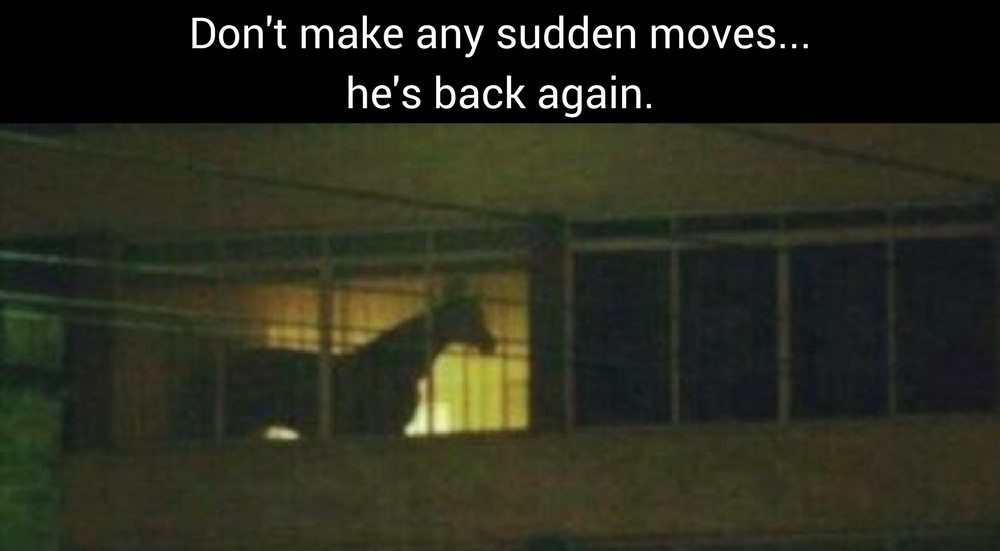 In a week that featured “Rocket Man” at the U.N., political wars over football game anthems, and hurricanes menacing Americans, we could all use a break, don’t you think? Kick back and enjoy the best wit we found on Twitter.

Is there anything more awkward that a post date car hug? pic.twitter.com/XXyobn3zlU

Thoughts and prayers go out to Lay’s Potato Chips, who are clearly having a nervous breakdown: pic.twitter.com/vt5WXXx9UW

INTERVIEWER: How would you describe yourself?
ME: With words.
INTERVIEWER: …
ME: *nervously* Maybe pictures.

sorry, standing outside your house with a sign that says “prom?” was probably a confusing way to ask u what prom means

[the first ever boomerang]

I get home and realize where my house stood a shark now sits dressed as a house with its mouth open
Shark:[nervously makes house noises]

Wife: Did you check the lawyer’s credentials?
Me: Yes. He’s good.
Wife: I’m not so sure about this
J. Barkington, Esquire: Hello pic.twitter.com/EdsyXnT7V9