Should Stupid Social Media Behavior Get You Turned Away from Harvard? 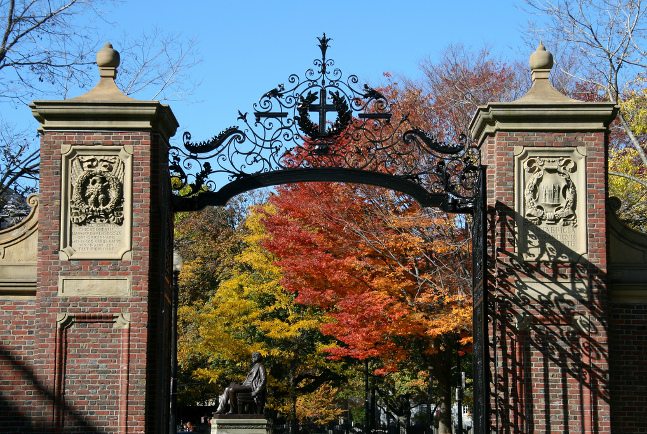 Should Stupid Social Media Behavior Get You Turned Away from Harvard?

It’s the family joke that I have a knack for finding cousins on the Internet. Back in the age of AOL, I found two first cousins, then another first cousin on Facebook, and more distant cousins on DNA mapping services like 23andMe. I found several with the latter, which offers DNA matching for relatives who have also paid to enter the database. Recently I received an email about a match with a second cousin, and out of curiosity, looked him up on Facebook. It appears this cousin has enough time to post a lengthy diatribe against President Trump every single day, depending on the news story dominating the news cycle. Working in conservative media (even though I’m not a Trump supporter), I took a pass on contacting this cousin.

Social media is a useful tool; it lets you weed out undesirable people from your personal or professional life. I’ve had my personal social media accounts checked by potential employers, and have checked the accounts of babysitters before hiring them as well. That’s the way of the world now; you can’t be hired to work in an office or sit on a couch while babies are sleeping without someone checking out what you post on social networks.

One would think, then, that people smart enough to be admitted to America’s most famous school of higher education—Harvard—would know such a thing. Apparently not.

Months after college acceptance letters were sent, and just weeks before orientation begins on campuses around the country, ten former members of the Harvard class of 2021 are likely spending this week checking if their backup schools still have room in their incoming freshman class. The Harvard school newspaper, The Crimson, reported this week:

Harvard College rescinded admissions offers to at least ten prospective members of the Class of 2021 after the students traded sexually explicit memes and messages that sometimes targeted minority groups in a private Facebook group chat.

In the group, students sent each other memes and other images mocking sexual assault, the Holocaust, and the deaths of children, according to screenshots of the chat obtained by The Crimson. Some of the messages joked that abusing children was sexually arousing, while others had punchlines directed at specific ethnic or racial groups. One called the hypothetical hanging of a Mexican child “piñata time.”

There was a great deal of controversy and chatter about the story. Immediately after the news broke, Janet Eve Josselyn wrote of the decision:

The issues raised by this situation are not only timely but are also issues around which there is violent disagreement in our society at present. Free speech isn’t free and it isn’t unlimited but “a balance must be found that protects the civil rights of all without limiting the civil liberties of the speaker.”

To be clear: in no way is Harvard limiting the free speech of any of these former members of the Class of 2021. Unlike students shouting and shutting down conservative speakers on campuses across the country (which Josselyn has never written about, at least not at Huffington Post), these eighteen-year-olds are still able to say whatever they’d like, even making comparisons between dead Mexican children and piñatas (which was apparently the subject of one of the memes shared). Harvard is merely putting distance between itself as a respected institution and individuals the institution feels wouldn’t represent its values.

Legally, at eighteen years of age an individual is technically an adult, able to serve in the military and get married. Despite how many college students on campuses across the country still behave like children, they are in fact adults, and should be expected to behave like it. Unfortunately, many colleges don’t have that expectation, but at least in this instance, Harvard is teaching an important lesson not only to these ten students, but to their entire cohort of students. It turns out, actions still have consequences; the more that message is driven home to college students, the better it is for them and for all of us.

This column originally appeared at Acculturated, and is reprinted with permission.