Why ‘Gamer’ Should Go on Your Résumé

Home Social Media Why ‘Gamer’ Should Go on Your Résumé 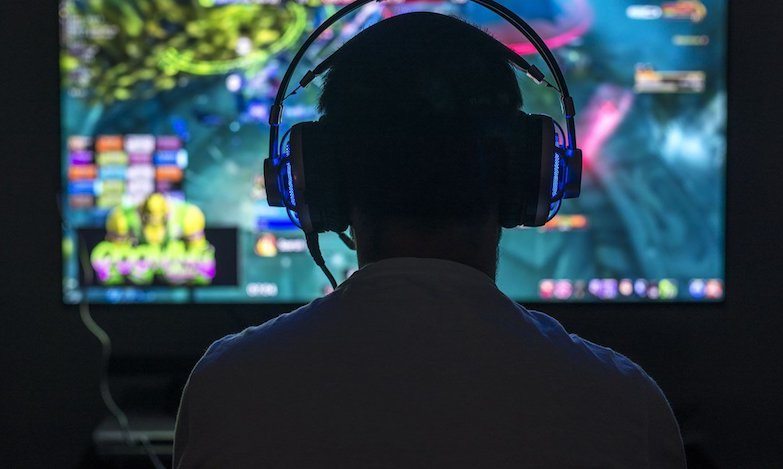 Why ‘Gamer’ Should Go on Your Résumé

Team Solomid was again crowned the undisputed champion of the Summoner’s Rift in North America in front of thousands of cheering fans and hundreds of thousands more cheering at their home computers. They earned their championship in a computer game called League of Legends, which pits two teams of five players against each other in an extremely exciting contest to destroy the opposing team’s Nexus in a game not unlike real-time chess.

The notion of video game contests selling out arenas and gamers fast approaching million dollar salaries was scoffed at by every parent as a pipe dream of children who wanted more screen time. Even 25 years ago such an idea would be literally unthinkable because the market simply did not exist. It is now a reality, and League of Legends isn’t the only game that’s drawing a crowd.

Games like Dota 2, Hearthstone, Counter-Strike, Starcraft, Player Unknown’s Battlegrounds, Overwatch, Super Smash Bros., Rocket League, and many others all enjoy professional scenes and massive viewer bases. eSports, as the competitions have been coined, burst onto the entertainment scene as a triumph of markets and exchange of information through the internet.

Markets at Their Finest
One of the most unseen problems with the state is their leech-like negative impact on job markets, especially job markets for young people. Children are illegalized out of the job market, forced to attend schools, and receive hardly any skills in return.

Creativity is deemed unnecessary for the classroom, despite its monumental importance in the building of a prosperous society. Young people enter a systemic and circular conveyor belt like unknowing lambs. Further down the road, they are barred from even entry level positions by the minimum wage creating a price floor that most businesses cannot afford.

Enter Video Games
The video game industry is a completely organic market, with no subsidies to speak of, having grown only out of the value consumers placed on it. Thank goodness the state has left this bastion of entrepreneurship, creativity, competition, and skill-oriented environment mostly untouched. There is no barrier to entry besides an internet connection and a keyboard. Race, religion, gender, political pull, willingness to conform, and ideological leaning does not matter. In any of the aforementioned games, everyone with the will and skill to succeed can become a champion.

If competition isn’t your thing, there are many other ways gamers can acquire meaningful skills and cash besides hoisting the Summoner’s Cup. Whether it be as a hilarious streamer and entertainer on platforms such as Twitch.tv, or an informative YouTuber, there is a skill to be acquired and a niche to be found for every enthusiast. In fact, streaming on Twitch.tv and creating YouTube followings specifically for and by gamers is becoming a legitimate form of income for the very best in the business.

Just like there is much more than one way to play a market, there are near infinite ways to play a game, and thousands of games to play. People have realized that perhaps one of the best ways to defeat Leviathan is to slay it through the screen.

The Value of the Virtual
Besides the skill of being an entertainer, does gaming pose any real life value?

Contrary to an older generation’s belief, gaming is becoming a valid way to acquire skills that apply to the general job market. The economic force of opportunity cost is clearly at work. Is it more worthwhile for a young teen to hop online for a few hours versus studying less valuable information? Is there any reason that parents should encourage gaming over memorizing state capitals (“Mom, we have Google for that!”)?

As a firsthand example, I can cite my younger brother, who just turned 11, and all his young friends, as proof of the value of this new skill-based education. Because he is an avid gamer, his math and reading skills are far beyond what any public school could teach. The games he plays require him to read storylines quickly and analyze data. To win he must add, subtract, and make value judgments on the damage of his characters. He can fix your Wi-Fi with blinding speed. His team’s ability to work together and strategize towards a goal is impressive.

They are relentless about acquiring results. He takes real criticism to heart and has learned to ignore trolls. He can show you how to create a streaming platform and a YouTube account. He understands basic programming, articulates his ideas for success well, identifies problems and eliminates them with efficiency, and just about everything else you could ask for on the quintessential LinkedIn profile.

All because he spends his Saturday mornings with friends just like himself from all over the globe in heated competition against each other to prove who is the best of the best.

Perhaps the internet will save us after all.

This column originally appeared at the Foundation for Economic Education and it is republished with permission.