Kill Me Please: Not Quite Horror, But Horrifying in the End

Home The Horror! Kill Me Please: Not Quite Horror, But Horrifying in the End 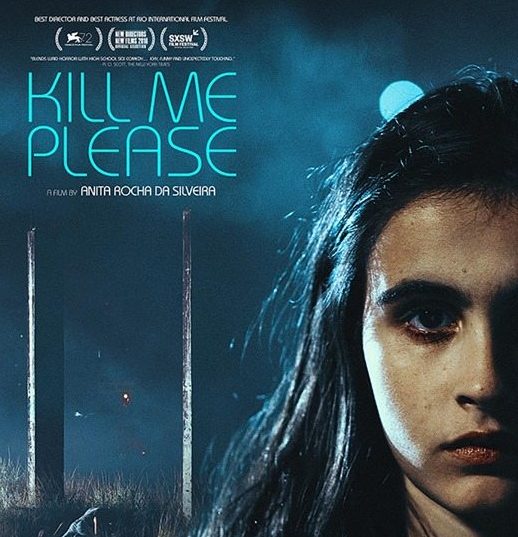 Kill Me Please: Not Quite Horror, But Horrifying in the End

All the signs of a horror movie are there. A high school full of nubile young ladies who while away the hours thinking about, talking about, and otherwise engaging in the act of sex. A mysterious, unnamed killer who is dispatching them one by one as they enter the park for clandestine meetings. Oh, and blood. Don’t forget the blood. All the necessary ingredients are present. And yet Kill Me Please isn’t really horror, not in the traditional sense. It’s more like what you would get if Sofia Coppola had grown up in South America and decided to make a slasher movie set there.

This is not to say Anita Rocha da Silveira simply apes Coppola’s filmmaking style. No, for a first time feature director, de Silveira has a strong individual voice all her own. But there is a similarity in the ethereal approach to the subject matter, as well as the way the film unwaveringly stays focused on the small gaggle of girls that makes up its main cast. So focused, in fact, that not a single person older than college-age ever appears onscreen, not even th epolice, who never bother to show up to investigate the growing body count. It’s as if the teens who walk the streets of the affluent Barra da Tijuca neighborhood are some kind of degenerate Peanuts gang, free to go about their lascivious ways with no adult guidance or supervision. 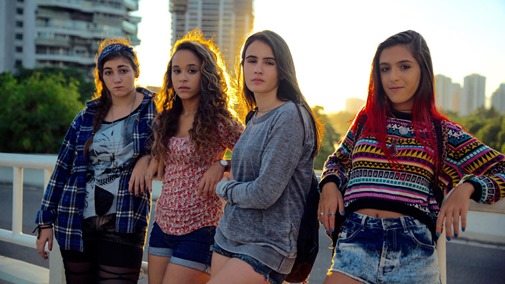 Chief among them is Bia (Valentina Herszage), who at fifteen years of age is already fatigued with the banality of her daily life. She is also none too happy with her boyfriend Pedro (Vitor Mayer) who, although he can’t seem to resist the temptation of oral sex in the school bathroom, refuses to go all the way. Instead, Pedro insists on taking Bia to religious meetings where a way too enthusiastic worship leader calls on Jesus to come “kick it with us!” It’s played for laughs, maybe even for derision, but as events play out, perhaps the leader’s warning that a lack of faith can kill you is one the meeting’s attendees should have taken to heart.

Instead, Bia and her friends attempt to fill the emptiness in their lives with physical pleasures and a growing obsession with the ongoing murders. Belying its horror movie trappings, the killings themselves are never shown, only the aftermath. Following one such unseen attack, Bia and her friends happen upon the battered body of one of the victims. Momentarily left alone while the others go to seek help (from who?), Bia feels a compulsion to lay beside the girl and kiss her bloodstained lips. An attempt to breath life into the dying girl, or to draw life from it? From that point onwards, Bia spirals more and more out of control in her efforts to feel alive, to feel anything at all. 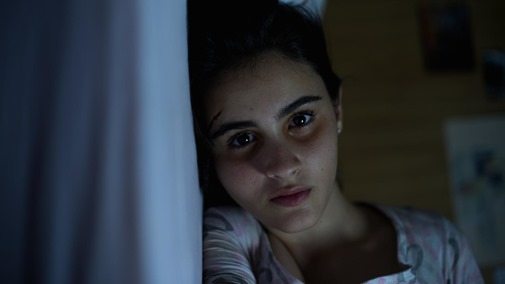 If there is horror to be found in Kill Me Please, it is existential in nature. The film posits a society that has nothing to offer its young except for the momentary pleasures of the flesh, and even those begin to lose their luster over time, at least if the lip sores that begin to appear on one of the girls is any indication. In the end, having exhausted the physical and rejected the spiritual, there is nothing for the young to do but wait for the inevitable, to long for it actually. The movie’s title does have a meaning, after all.

Kill Me Please is not a horror film, per se, even though it initially sets itself up as one. It’s an art film in case you haven’t caught on to that yet. Even so, it does have horrors on display. The corruption of innocence, the futility of looking for fulfillment in the physical, the hopelessness of living spiritless. These are certainly not the vicarious thrills one often looks for in a horror movie. But if you’re in the right frame of mind, they are quite possible just the kind of horrors that will leave you thinking about Kill Me Please for days afterwards.