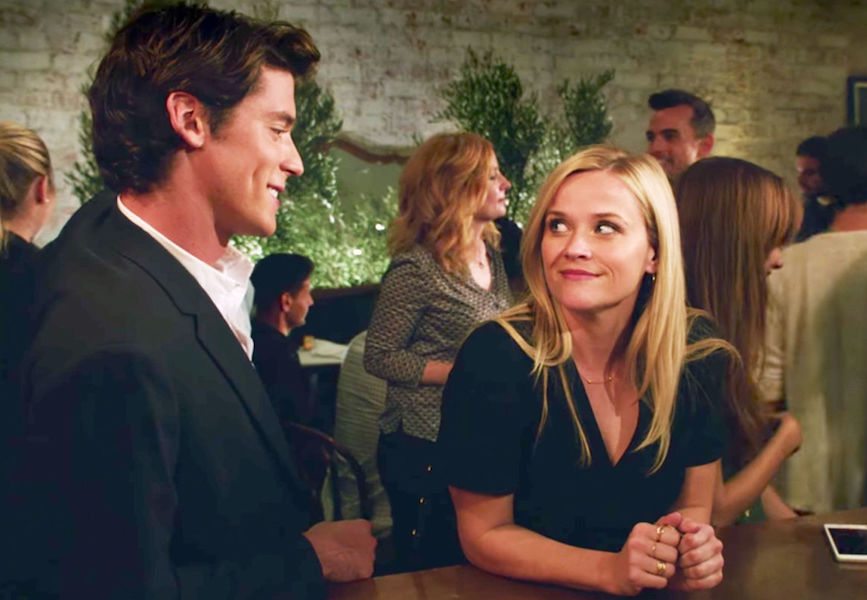 There are only five little flaws in the new romantic comedy, Home Again:

Other than that, Home Again is precisely what its ads claim: “hilarious and full of heart,” “the feel good romantic comedy of 2017” and “an instant classic.”

What it really will serve as is one of those intermittently watchable but idiotic movies that one will put on while laid up in bed or recuperating in a hospital—or simply when one is slightly drunk and with a spouse in need of diversion. It’s at least as easy to laugh at as with.

The film’s virtues largely derive from its star, Reese Witherspoon. That rare combination of a gifted comedienne who is also immensely charming and highly skilled as a dramatic actress, she manages to carry the film along when she is on screen. When she is not, Home Again’s failings become as glaring as a blast furnace observed without a visor.

The story—such as there is one—is an unabashed exercise in self-love. Written and directed by Hallie Meyers-Shyer, the daughter of rom-com queen Nancy Meyers (Private Benjamin, What Women Want, It’s Complicated), it concerns Alice. Like the imaginative Meyers-Shyer herself, Alice is, yes, the daughter of a famous movie director.

Going out for her fortieth birthday, Alice send her two young children to stay with her mother (Candice Bergen) and heads off with a friend to a nightclub. There she winds up in the company of three would-be filmmakers, new to town, who are in their twenties. One of the group is a deep-voiced and strikingly handsome young man named Harry (Pico Alexander), and Alice winds up drunkenly dancing with him and then taking him home. That leads to an impulsive affair, and, at the urging of her mother, she offers him and his writing partner (Nat Wolff), along with an actor friend (Jon Rudnitsky) of his, the chance to stay in a small cottage on her late father’s flower-strewn Los Angeles manse in return for a small sum.  Then Alice’s husband Austen, a music industry vet (Michael Sheen) from whom she is separated, turns up.

Hilarious hi-jinks do not ensue. Rather, what the audience is mostly treated to are montages meant to cover up unwritten scenes which ought to have developed the model-thin characters and anorexic plot. Each of these sequences is scored with treacly music that would be considered unsubtle in a Lassie re-boot.

What’s regrettable about this first draft of a movie is that it hints at a serious and interesting story which it is afraid to tell. That would revolve around the obvious and credible problems of its central character. At various times we see that Alice is prone to boozing. She sometimes pops pills. When a man isn’t in her life she is much too easy to seduce for her own good. Also suggested but not actually presented is the idea that her music industry hubby is an irreformable philanderer. But the movie lacks the integrity to actually explore these ideas. Rather, it bathes everything in a warm glow that is both literal and metaphorical.

The movie does offer a debut worthy of note though. Cast as one of Witherspoon’s daughters is the absurdly pretty and very poised Lola Flanery. If she can avoid the misfortunes common to child actors, she may one day be as big a star as the woman who plays her mother. Certainly, she is the one thing in the movie besides its star who commands the screen.