“The Glass Castle” Is Worth the Price of Admission

Home Feature “The Glass Castle” Is Worth the Price of Admission 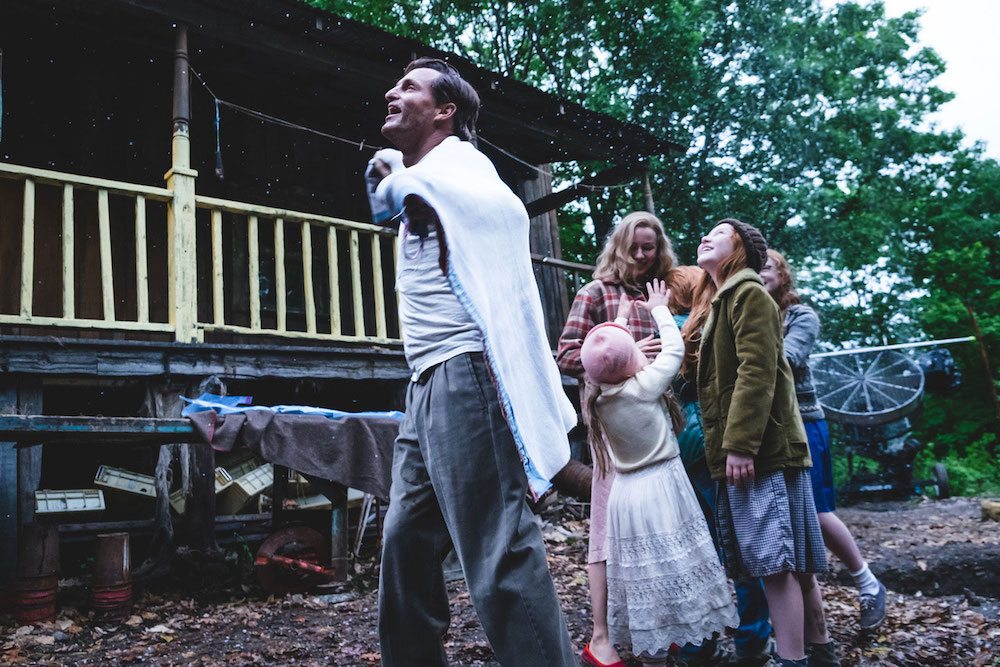 “The Glass Castle” Is Worth the Price of Admission

Twenty-five years ago, as a recent college graduate, I was wondering around at an exhibition in the Metropolitan Museum when I found myself standing next to an extraordinarily beautiful redheaded woman. Tall as she was and wearing heels, she was almost at eye-level with me (I’m 6’1″), and we must have realized that we were looking at the painting in front of us from nearly parallel vantage points.

Perhaps because of that we began speaking. Conversation came remarkably easily, and it gradually became clear that she was extremely bright and knowledgeable. In addition, I soon learned that we had something in common as we both had older siblings who had attended Columbia University. She herself had graduated from its women’s college, Barnard. She was a number of years older than I was, and she exuded a powerful worldliness and sophistication. I can’t deny that I was very attracted to her and irked when I noticed the large diamond engagement ring on one of the fingers of her left hand.

After we had been moving about the exhibit talking about the paintings for a bit, she told me her name: Jeannette Walls. She explained that she was a gossip writer for New York magazine, and I realized that I had read her column. Because the works in front of us were old master paintings of famous men and women of the Renaissance, she related this to her work and began telling me about one of the mistresses of Louis XIV.

We had an obvious and immediate rapport, and, before I left, she gave me her phone number and asked me to call her, explaining however that I should not misinterpret this as she was married. Some days later I called her and we chatted briefly on the phone. I was struck by a vague sense that this woman was both somewhat confused about who she was and being deliberately mysterious in some way I could not fathom.

Over the years our paths crossed a few more times, but I never had a real conversation with her again.

Then, in 2005, I saw in the newspapers that she had published a memoir of her childhood and growing up entitled The Glass Castle. It would eventually spend 261 weeks on The New York Times bestseller list, be translated into 22 languages and sell more than three million copies.  It has now been turned into a movie starring Brie Larsen.

The memoir explained her enigma in disturbing detail. Her father, Rex, was a man of high intelligence but alcoholic, indolent, irresponsible and somewhat mad. Her mother, Rose Mary, was a painter and as flighty and self-involved as artists can be, if perhaps a bit more capable of gainful employment. The memoir described the family’s poverty and desperation in the West and in West Virginia and her parents’ appalling if sometimes amusing approaches to childrearing. The title refers to her father’s insistence that he would someday build his four children a gorgeous new house made of glass — a glass castle. This was even as the children frequently went without electricity, heat or indoor plumbing.

The new film has been generally derided as a sentimentalized version of the book, and I would certainly tell anyone interested in the story that the book is more worth reading than the movie is worth seeing. But the film does capture much of the spirit of The Glass Castle, and Brie Larsen definitely seems to have captured some of the adult Walls, a woman who made an immediate and unforgettable impression with her great vulnerability, fierceness, intelligence and beauty. I would add that Woody Harrelson, playing her father, has the wildness and charisma that Walls depicts in her memoir.

Surprisingly, the weakest performance in the film may be that of Naomi Watts, who seems much too grounded in the role of Walls’ mother, Rose Mary.

The screenwriter and director, Destin Daniel Creston, has changed and moved around many of the story’s events. This is not always in order to make the tale more palatable. For instance, an incident in the movie where Rex (Harrelson) attacks a lifeguard did not take place. In other cases, disturbing scenes from the book appear but they are toned down. Thus, where in the film Rex tries to pimp Jeanette out in order to hustle a player in a pool hall takes place when she is seventeen, but in real life it happened when she was just thirteen.

In some respects, the change from book to film is more one of tone. This is achieved through the addition of Joel P. West’s syrupy score and Brett Pawlak’s rosy cinematography.  The movie is certainly not a betrayal of the book, and I think few people won’t be affected by it.

But that doesn’t mean that it’s its equal.