“Brad’s Status” Is a Winner 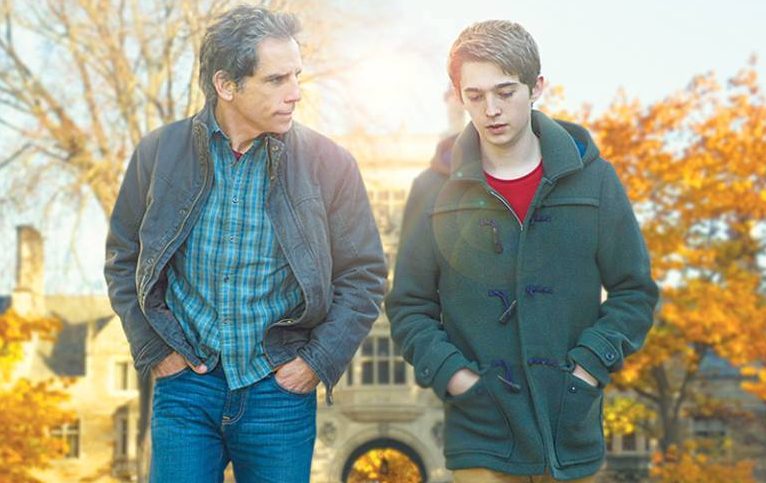 “Brad’s Status” Is a Winner

Is it owning a mansion tended by ranks of servants when your kids are drug addicts? Is it looking back in old age and thinking that you have lived a worthwhile and productive life, one that you can be proud of? Is it becoming a fixture on television and getting the best tables in restaurants?

Thinking about your own definition of success is a bit like being a dogged fan of a terrible sports team. You know that your devotion makes you miserable. Yet you can’t tear yourself away from your allegiance.

It is at once the simplest and the most complex and infuriating concern. And once we have reached a certain age, we cannot but be struck that these preoccupations are most apt to hound people who are moderately prosperous. Those who are barely scraping by have little time to ponder the matter and are bound to feel greater pride in their daily triumphs in meeting the rent and feeding themselves. In other words, jealousy about the one-percent most affects those who have the least real reason for dissatisfaction.

This is the subject of the new film Brad’s Status, which is surely among the best movies of the year.  Written and directed by Mike White and starring Ben Stiller, it is the product of two of Hollywood’s most successful figures. But it’s readily evident that neither man is comfortable in his skin and that is apparent in every frame of this subtle but often very amusing movie.

Brad’s Status has relatively little plot and even less suspense. Most of the story can be distilled into this single sentence description: Brad Sloan (Stiller) takes his high school senior son Troy (Austin Abrams) from their home in Sacramento to Boston so that he can interview at Harvard and Tufts, where Troy is applying. The latter college is Brad’s own alma mater, and we soon learn that although he was turned down by Harvard that his child is considered a likely candidate for admission — if the boy doesn’t screw up the admission process.

White, who is likely best known as the author of the popular Jack Black movie School of Rock, manages to throw in a few surprises for his audience, and various figures from Brad’s past insert themselves into the tale. But the film relies heavily on that much-derided device of voice-over, and through this we are put in Brad’s shoes as he alternately obsesses about his son’s chances of college admission and worries about how others, including his gawky but personable child, perceive him.

If it is possible to be exactly right in how uncomfortable one is, Stiller is it. Small and twitchy, he struggles with praise and is constantly evaluating people’s reactions for minute indications of their possible disregard. It is as though a lifetime spent auditioning for parts can be read in each eye movement.

Playing a part that has obvious elements of self-parody, White briefly appears as well as a flamboyantly gay Hollywood movie director. A college pal, he is one of several sometime “friends” whose “status” Brad is constantly learning about through Facebook or in the news. Also included among this number are a hedge fund chief (Luke Wilson), a retired tech magnate (Jemaine Clement) and a slick, preening White House press flack (Michael Sheen).

Brad is married to a goodhearted and pretty woman (Jenna Fischer, “Pam” from the TV show The Office) and he has a career running a small non-profit he has started. But his old buddies see him as something of a failure — or at least a disappointment — and this gnaws at him. Should he then take vicarious pleasure in the fact that his son is not only bright and gifted but noticeably well-adjusted? Will that be the lever by which Brad can lord it over chums who now have money and fame? Or will that also set Brad up for subsequent disappointment? And is it appropriate or necessary?

Like many people in early middle age, Brad is an insomniac, and we watch as he turns these questions over in his head, flopping about under the covers. Here, even if we don’t fully identify with him, we empathize, and we cannot but be conscious of a little of what’s unwelcome in ourselves.

Yet Brad’s Status is far from a downer. Rather, it’s a potent reminder of the importance of realizing that ultimately success isn’t merely a function of status — on Facebook or anywhere else.