“Because of Grácia” Offers Audiences A Story With Heft

Home Feature “Because of Grácia” Offers Audiences A Story With Heft 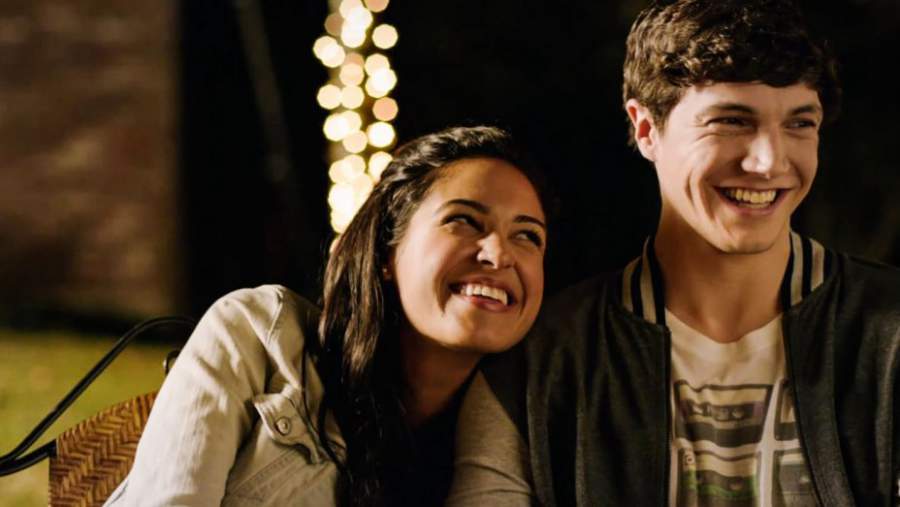 “Because of Grácia” Offers Audiences A Story With Heft

The market for movies by and for practicing Christians isn’t just underserved. It’s like a couple who are brought by the maître d’ at a pricey restaurant to a table adjoining the men’s room and then ignored by the waiter and the busboys for ten hours straight.

On the rare occasion that Hollywood pays any notice to Christians it does so by providing them with action movies ever so loosely based on Bible stories or with glib comedies like Bruce Almighty. The one thing that the motion picture studios never release is respectful movies about Christian teenagers earnestly facing up to life’s challenges.

But that’s what the new indie release Because of Grácia offers.

Written and directed by a former school teacher from Canada named Tom Simes, it is not a movie for unbelievers. The faithful may be surprised though by its scenes of real feeling and its big heart. Its tale revolves around a group of adolescents at an upper class high school in Middle America. All the kids that the story focuses on are attractive and seemingly well-adjusted. Yet, as is gradually revealed, they are as uncertain about themselves and as conflicted as teenagers always are.

The movie’s hero Chase (Ben Massoglia) is a sensitive young man with no real self-confidence and a more than normal impulse towards day-dreaming. His passion is soon awakened by the arrival at his school of a new student, the title character, Grácia (Moriah Peters), a brilliant Latina with an interest in Christian apologetics. Their slowly developing relationship contrasts with that of Bobbi Ryan (Rachael Hayward) and her beau Jesse Valentine (Jessie Froese), a handsome sweet-talker with not much more on his mind than sex.

Hayward is a young actress of undeniable talent, and both love affairs are credibly depicted. What results is sometimes very affecting, especially in the film’s second half. With mixed success, the movie’s first half makes heavy use of music to establish a lighter tone. Perhaps the best of these moments is a scene in which Peters, a well-known Christian singer, performs an a capella gospel tune for Chase and his friend O.B. (Brett Simes).

The only “name” actor in the cast is John Schneider, the former Dukes of Hazard star, in the part of the school’s principal. The rest of the supporting cast varies widely in quality, though notably fine is Owen Presland-White in the part of an atheist teacher who is hostile to Grácia’s beliefs but a man of good character nonetheless.

Because of Gracia, Christian Film