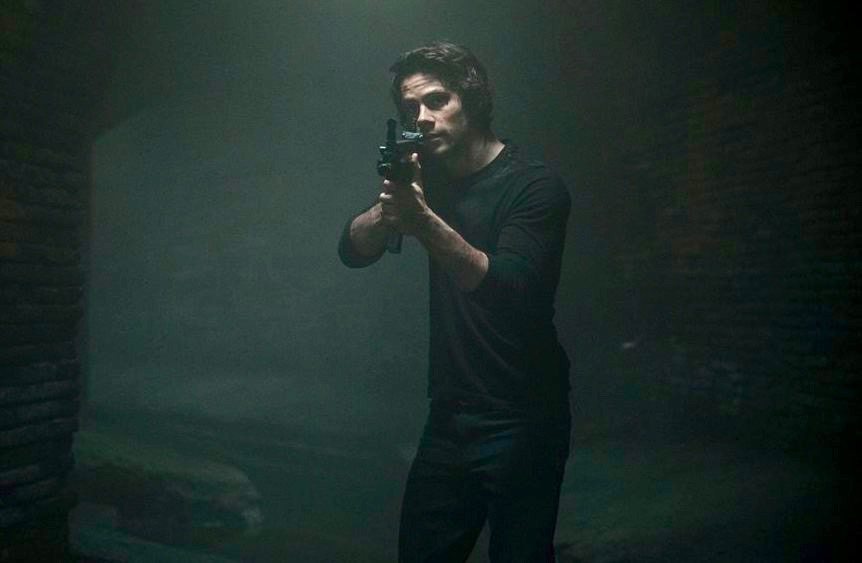 The new movie American Assassin is based on the introductory tale in the late Vince Flynn’s series of novels about Mitch Rapp, an intrepid, revenge-obsessed U.S. secret agent charged with tracking and killing our nation’s most dangerous enemies. Although the book was not actually the first one put out featuring Rapp, it provided the backstory, explaining why and how its hero came to work for the CIA.

Understandably, the producers of the new movie have chosen it as the tale with which to commence what they hope will become a film “franchise” based on the Rapp novels. And since its author composed 16 books in the series before he died young of prostate cancer, the moviemakers obviously have a wealth of plots to work with in crafting future films. But their new picture is not a major studio production, and its $33 million budget is just a fraction of what’s being spent on the big DC and Marvel Comics movies now coming out. So not everyone in Hollywood assumes that there will be one more film, let alone 15.

That suspicion for the movie’s prospects has been matched by overt hostility in the press. At the root of this is a distaste for the film’s unabashed patriotism and its outlook regarding radical Islam. Its acknowledgement that one of the most serious threats faced by the Western democracies is the desire of Muslim true believers for jihad and sharia — and not some generic and mysterious phenomenon known as “extremism” — has made American Assassin a natural target for leftists in the media, and not all of the film’s reviewers have disguised their motives in attacking it. Thus, one influential movie critic in dismissing it openly said that his objection was whetted in its “ugly” politics.

The moviemakers have left themselves open to these assaults by putting out a fairly standard-issue thriller with heaps of B-movie dialogue. Thus, Mitch (Dylan O’Brien) is repeatedly referred to as “off-the charts” in his physical abilities by a CIA deputy director (Sanaa Lathan) charged with overseeing his training under the tutelage of a veteran counter-terrorism agent (Michael Keaton).  In addition, the movie asks its audience to accept a number of totally implausible decisions by its hero in the movie’s second half.

It’s not a classic of the action movie genre.

But audiences will be involved and entertained. American Assassin includes some genuinely gripping action sequences, and it offers something that comic book movies don’t: excitement and suspense that’s grounded in real world perils. It also tells its story with an appealing earnestness that’s reinforced by “Gravity” composer Steven Price’s unsettling score.

The two best things in the movie though are two of its leads: the movie’s villain, played by Taylor Kitsch, and Keaton in the part of Stan Hurley, the protagonist’s trainer and mentor.

Kitsch is probably best-known to audiences for his long-running role as a self-infatuated high school football star on the TV show Friday Night Lights. A charismatic former male model graced with exceptional good looks, he has been frequently cast in leading man roles, as he was in the big budget flop John Carter. That has never really worked though, and American Assassin wisely uses him instead as a bad guy, making effective use of his apparent vanity and lack of connection with others.

And Keaton is even better. Like many former stand-up comics, he has Alpine mountains of rage within him, and as he showed earlier this year in Spiderman: Homecoming, he is at his best playing tough guy roles.

Fans of the book should be prepared for an assortment of changes that were made to the plot. In the novel, Rapp is a former star college athlete who gains his motivation when his girlfriend is among those killed on the Lockerbie jet. In the film, Rapp is a graduate student at Brown who is awakened by the murder of his absurdly beautiful fiancée (Charlotte Vega) to whom he has just proposed on a beach on Ibiza.

A central plotline in the book about Russia has been rewritten and key scenes which were originally set in Hamburg have been moved to Rome. Ultimately though, what you will think of American Assassin will be determined by what you expect. If you’re looking for an action movie of great artistry, like The French Connection, you’ll regard it with derision. But if you’re just looking for something entertaining that will get your emotions revved up high, you’re unlikely to be disappointed. If you go back and read the original reviews for past audience favorites that focused upon a hero’s quest for revenge, you’ll see that nearly all of them were panned. The original Death Wish was roundly lambasted, as were Dirty Harry and Taken. Because most critics lack normal feelings, they didn’t understand the appeal of these films. American Assassin scratches the same itch for rough justice, and it tells the truth about the threats that face the West. That in itself is refreshing.