Netflix & Hulu Are “Unsafe for Children” 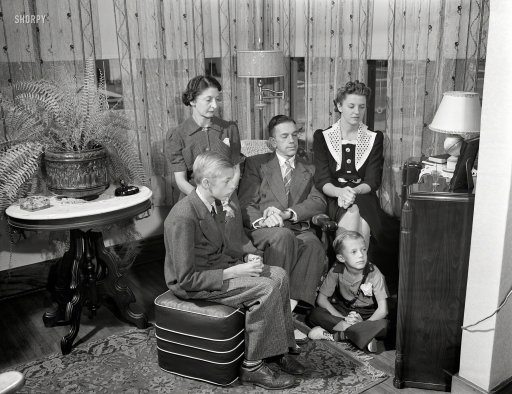 Netflix & Hulu Are “Unsafe for Children”

Los Angeles, CA—August 9, 2017. VidAngel, the market-leading entertainment platform empowering users to filter language, nudity, violence, and other content from movies and TV series on Netflix, Amazon Prime, and HBO—using modern streaming platforms such as iOS, Android, and ROKU—has been engaged in a high-profile legal battle with Disney, Warner Bros., 20th Century Fox, and Lucasfilm for more than a year. These Hollywood studios are engaged in a legal effort to eviscerate the 2005 Family Movie Act, preventing VidAngel and other services from lawfully empowering parents and families to filter content on modern devices in their homes. VidAngel has responded by engaging in a robust, crowd-funded legal defense in which the company is prepared to take its case all the way to the Supreme Court.

VidAngel is reacting to a new study released yesterday by the highly-respected Parents Television Council, which found that “children have easy access to adult content, in part, because the parental controls are lax or non-existent” on the leading streaming video platforms. Over-the-Top or a Race to the Bottom: A Parent’s Guide to Streaming Video “assesses and grades the robustness of the parental controls and the availability of child- or family-appropriate programming on the most popular Over-the-Top (OTT) streaming devices including Apple TV, Amazon FireTV, Google Chromecast, and Roku, and the most popular Streaming Video On Demand (SVOD) services: Amazon Prime, Hulu, and Netflix.”

Parental filtering offers the single most effective solution to the dual problem of the abundance of mature content and lack of adequate controls on the leading streaming video platforms. A groundbreaking study that National Research Group conducted for us last year revealed that 40% of Americans would use content filtering such as VidAngel, 72% of parents feel it’s important to know about explicit content their kids might see, and 53% of parents use the parental controls currently available to them on various platforms. That’s why we’re seeing such strong interest in our new service; it’s effective, works with major streaming providers, and meets each family’s individual needs.

In 2005, Congress passed the Family Movie Act (“FMA”) to enable parents to filter bits of shows that they deem inappropriate, a law which Hollywood opposed then and is still fighting in the courts today. We will continue to defend the use of the FMA on modern streaming devices in court, and as well as working with Senator Orrin Hatch and other Congressional leaders to find a solution that addresses the alarming concerns raised by the PTC.

Here are the main findings of the study, recounted word-for-word from a press release issued yesterday by the Parents Television Council. The complete study can be found here.

For the purposes of this report, trained PTC staff analyzed the most popular OTT streaming devices (Apple TV, Amazon FireTV, Google Chromecast, and Roku), to assess the robustness of the parental controls and the availability of child- or family-appropriate programming on these systems and devices.

In addition, the PTC examined how those devices work in conjunction with some of the most popular SVOD services (Amazon Prime, Hulu, and Netflix) to assess, among other things, whether age- based or content ratings are being used; how easy or difficult it is for a parent to determine a program’s rating; and the availability of family-appropriate original content.

The PTC looked at the process of setting up the parental controls on both the devices themselves and on the streaming video services to assess which devices give parents maximum control over the content their children can access.

Because the menu of available programming on these services is constantly in flux, and because of the enormous volume of content available, we chose to narrow our focus to exclusive and original content only to assess how much information is given to parents about program content, how the ratings are applied, and how much child- and family-appropriate programming is made available.

•    Among top SVOD providers, there is no consistency in the application or visibility of aged-based content ratings.
•   While Hulu and Netflix both provide the option of a separate user profile for child viewers, there is nothing to stop a child from switching over to an adult profile with either service. Amazon does not provide a separate child user profile option.
•   Netflix offers categories of content that viewers may find offensive, which often feature pornographic titles and cover art, and which often appear in close proximity to child-friendly categories – with no clear or obvious way of eliminating those categories from menu screens.
•   Likewise, a child viewer using Amazon Prime Video may need to scroll past adult-themed titles and cover art on promoted original content in order to access child-friendly content.
•   None of the SVOD services offer family plans which would allow parents to block all explicit title at all times and across all devices. A portion of the user’s subscription fee is going to underwrite explicit content.
•   Among streaming devices, Chromecast was most limited, but that limited functionality gives parents a high degree of control over the content streamed over the device.
•   AppleTV alone among the devices we looked at, applies parental controls to music and podcasts, as well as video content.
•   Roku offers PIN-controlled restrictions to the channel store, and V-Chip-type content control on Antenna-TV input, but no additional content restrictions for SVOD services.

VidAngel is the market-leading entertainment platform empowering users to filter language, nudity, violence, and other content from movies and TV shows on modern streaming devices such as iOS, Android, and Roku. The company’s newly launched service empowers users to filter via their Netflix, Amazon Prime, and HBO on Amazon Prime accounts, as well as enjoy original content produced by VidAngel Studios. Its signature original series, Dry Bar Comedy, now features the world’s largest collection of clean standup comedy and has earned rave reviews from audiences nationwide.