Filmmaker Jason Jones on Helping the Vulnerable to Carry the Cross 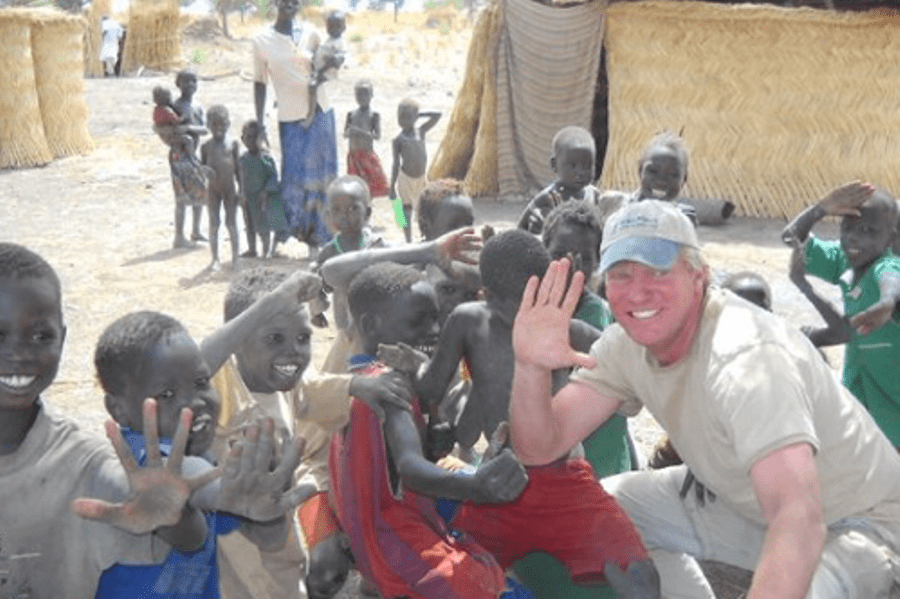 Filmmaker Jason Jones on Helping the Vulnerable to Carry the Cross

This week I had the luxury of guest-hosting for Eric Metaxas’ radio show. That meant I could talk to people whom I normally wouldn’t get hold of — drawn by a wide national audience. So I sent Eric’s staff to track down some fairly prominent people. David Daleiden was the first person I chose to interview. But I also used one of the time slots for someone I talk to every week, sometimes every day: filmmaker and activist Jason Jones.

Jason is a regular Stream columnist who co-authored with me the 2014 book The Race to Save Our Century. He talked about several provocative topics. He recounted for Eric’s audience the story of what spurred him into the fight for human rights in the first place: Losing his unborn child, as a teenage dad, to a coerced abortion.

That loss still haunts him, he said. But it also drives him to think pretty deeply about the blind spots in our culture — the willful or careless neglect of the truly vulnerable.

People pretend that they want to stand “in solidarity” with the weak. Far too many, however, jump back when doing so would actually cost them anything. They refuse to have “skin in the game,” to quote Nassim Taleb, author of The Black Swan and Antifragile. They want the reputation for virtue without doing the work, the appearance of practicing empathy without the risk of suffering.

“Victimism:” pretending to speak up for victims, while carefully insulating yourself from paying any kind of price.

That addiction to cheap grace and public praise has become a dangerous ideology, Jones said. He cited the work of Christian philosopher Rene Girard, who labeled it “Victimism.” It means that you pretend to speak up for victims, while carefully insulating yourself from paying any kind of price.

Jason laid out three key groups of people whom too many Americans who consider themselves good and compassionate people blithely overlook.

A million or so of these fellow Americans pay the price each year for our quest for sexual liberation. So do their mothers, whom the culture pretends are the “winners” in a war between mother and child. In fact, as Jason points out, any society that pits these two against each other is driving a wedge into its own heart.

A sane and healthy civilization — one that will survive, in other words — sees mothers and children together, bearers of the image of God who deserve our respect and protection. To pretend they are enemies, as feminists do, is recipe for misery first, then extinction. We can help to bridge this gap by passing laws that give the unborn legal protection.

But we also must reach out to help their mothers — who ought to be babies’ greatest advocates on earth. That these women have been driven to turn against their children is one of the darkest facets of the evil that is abortion. How can we stand alongside them to help? We can start by volunteering at or donating to local crisis pregnancy centers.

Jones made his most personal and heartfelt movie, Crescendo, to benefit such centers. It raised more than $6 million, which went to buy diapers, baby formula and job training materials. You can watch that short film and see why it won awards from mainstream secular film festivals:

On this issue both the political left and the establishment GOP replace true empathy with posturing that serves entrenched interests. The reality is that working class Americans have seen their wages stay flat for an entire lifetime. Large parts of Europe have massive unemployment, in the high double digits, especially among the young.

But leftists who should be looking out for the working class have abandoned them. Drunk with their own “multiculturalist” virtue, progressives welcome a massive influx of low-skill labor. This despite the many political, social and security problems that come along with them.

Illegal immigrants, in turn, work for employers who can fire them at will and easily replace them. Meanwhile, native-born workers of every race pay taxes to support costly social services. And our country’s borders are effectively controlled by narco- and human-traffickers, who rape and murder hundreds of migrants every year. We can stand with these victims, foreign and American, by insisting that the U.S. secure its borders.

Jason and I were among the few conservatives who opposed the poorly planned invasion of Iraq in 2003. We foresaw that none of the exit plans on the table would protect religious minorities, or guarantee order in that country. Chaos reigned, and three-fourths of local Christians were ethnically cleansed from Iraq.

Things got far worse when President Obama was elected. He chose to pull U.S. troops out of that country, with no regard for the fate of U.S. allies and vulnerable communities. The only people who gained from that decision were the extremists who formed ISIS. So Obama collected a Nobel Peace Prize for taking a bad situation and making it almost infinitely worse. Jason’s latest project is a film documenting Obama’s irresponsible decision, and the efforts of two Iraqi women (one an escapee from ISIS) to have that prize revoked.

We can stand with vulnerable people like these by scrutinizing every foreign policy decision by traditional Christian “Just War” principles, Jones said. These include carefully and realistically assessing the likely outcome of the war. Is it likely to succeed? Will it make matters worse? What will happen to the most vulnerable citizens of that country?

Here’s a short teaser for the film that Jones is making: