“Because of Gràcia” is a Thought-Provoking Drama

Home Feature “Because of Gràcia” is a Thought-Provoking Drama 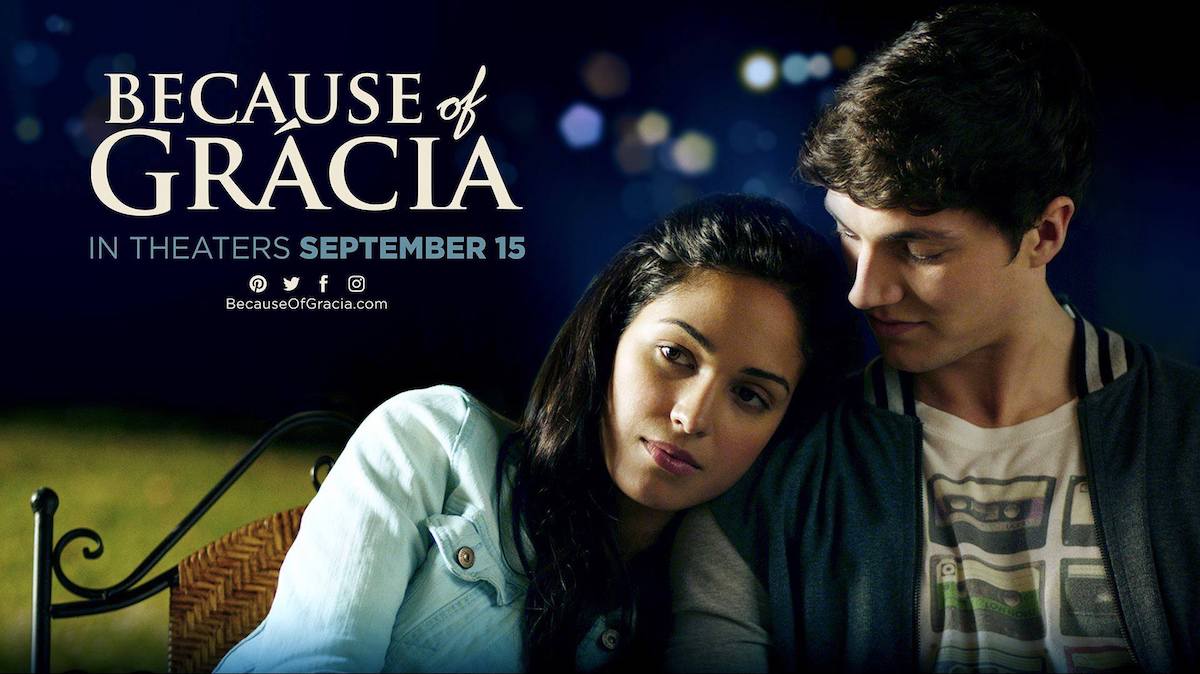 “Because of Gràcia” is a Thought-Provoking Drama

The weighty truth of this film is hidden in plain sight in the title, and throughout the movie this theme rings true.  Because of Gràcia tells a touching story about grace. Dramatic, heartwarming, and funny by turns, Gràcia reminds us that everyone has a story that matters, and a past that doesn’t. Directed by Leonidas Jaramillo, this film by Tom Simes gives us a beautiful backdrop of small town life with a varied soundtrack and score and a script populated by fascinating characters.

When Chase Morgan, an awkward high-school senior, meets the girl of his dreams, it seems as if romance is budding. But Gràcia isn’t your typical transfer student. She changes the school and Chase from the inside out. Gràcia shares a powerful message to teens that choices can have lasting consequences for good or bad.  She’s an everyday Wonder Woman, using her kindness to save others from themselves.

One of the film’s secondary plots centers around two teachers and mushrooms into a tantalizing debate about the nature of free speech. The film comments on what this actually means in popular culture with a refreshing openness.  Gràcia doesn’t shy away from hot-button topics, but meets them head on in some surprising ways.

The young lead actors in the film are charming. Moriah Peters radiates positive confidence as Gràcia, and Chris Massoglia plays Chase Morgan with an endearing awkwardness. The film is driven by a young cast that pulls you in. It’s not your typical outcast girl soap-opera, but a character study of a forgotten archetype: the believer.

A bit slow-paced at times, Gràcia could use a little more speed in its character-driven scenes. One element that seemed to give the film a unique twist was narration by Chase, a self-admitted dreamer, who lapses into fantasies which we see come vividly to life on screen. After a bit of rising action, the script seemed to forget this part of Chase’s personality and we were only treated to it once again in the film.

I feel like it’s unfair to lump this film in the “faith-based” category, which is basically putting a label on it that says “for Christian eyes only.” This is a drama, a bawl-your-eyes-out drama through and through with deep characterization and a subtle plot that’s powerful too. Yes it’s a film with a message, and it’s unashamed to share it: because of ”Grace,” everything changes.