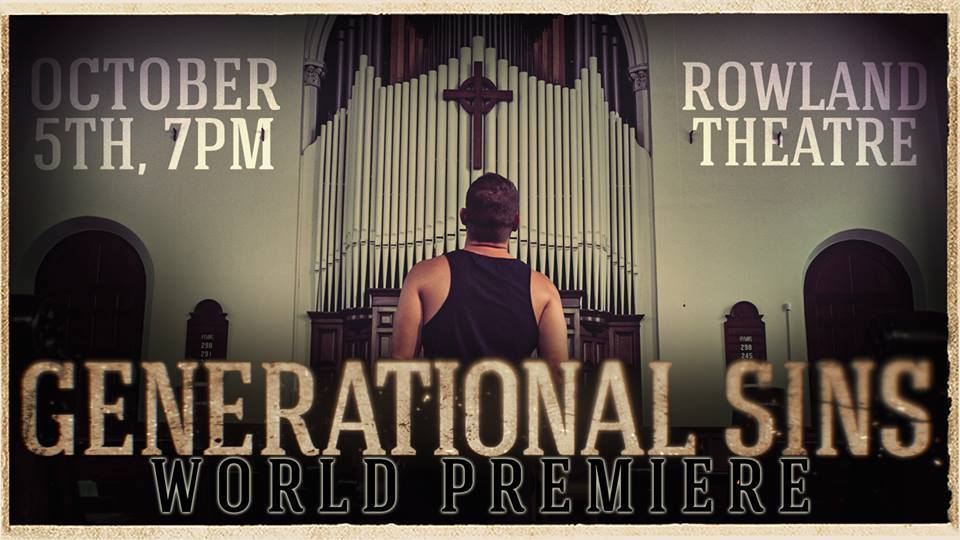 “We live in an R-rated world,” Thurman Mason recently told The Hollywood Reporter, “and covering up the darkness won’t bring it into the light.” Mason was responding to a question regarding Generational Sins, the upcoming motion picture soon to be released by his production company, Third Brother Films. As hinted at by Mason’s statement, Generational Sins is something of a departure for a faith-based company like Third Brother, containing as it does liberal doses of typical R-rated fare such as alcoholism, womanizing, physical violence, and profanity.

It’s that last bit, oddly enough, which threatens the movie’s chances with the typical faith-based moviegoer. Protestant pastors aware of the film are already grumbling that they may not be able to recommend a movie full of cussing to their congregations, regardless of its underlying religious themes. However, while a few four-letter words may dissuade some of the crowd that brought big bucks to recent films such as Heaven Is for Real and War Room from doing the same for Generational Sins, Mason and his colleagues aren’t overly concerned.

“Our purpose goes beyond producing Christian entertainment for Christian people,” proclaims the mission statement on Third Brother’s website. “Our desire is to make hard-hitting, thought-provoking secular films with characters who are portrayed as real life, flawed people who can speak boldly of their faith without being judgmental or preachy.” And like it or not, real life, flawed people often err on the side of profanity.

Still, it takes more than just a bunch of bad words to attract non-religious audiences. If that were the case, every single movie produced would star Samuel L. Jackson (not that there would be anything wrong with that). No, a movie, at least one considered a drama, still needs things like good direction, passable acting, and a decent script if it hopes to fill theater seats. So, how does Generational Sins measure up in those departments?

Like a growing number of faith-based films over the past few years, Generational Sins boasts good production values. In terms of quality, it easily stands up to any other modestly-budgeted offering coming out of the independent sector these days. That leaves it to the story to try and draw in the audience. To that end, Generational Sins sticks to simple human relationships to propel its narrative.

The story follows the Caldwell brothers as they attempt to fulfill their mother’s dying wish that they seek out and reconcile with their estranged father. Unfortunately, the elder brother Drew (Daniel MacPherson) is still plagued by anger issues. These are the fruit of the physical and mental abuse he suffered at the hands of Papa Caldwell. So Drew  is in no rush to reconcile. For his part, the younger brother, Will (Dax Spanogle), has no recollection of his birth father and therefore no real motivation to interrupt his partying lifestyle long enough to look for him. Nevertheless, out of duty to their departed mother, both siblings set out to find a man whom neither really cares to see.

Upon arriving in their onetime home town, things immediately go wrong for the Caldwells. Delaying the inevitable reunion, an angry Drew attempts to rekindle an old romance, but is hindered by his uncontrollable rage. The drunken Will tries to initiate a new, preferably one-night relationship, but that literally leads to nothing but pain. Just as everyone in town expected, Drew and Will are pretty much following in the footsteps of their old man.

It has long been recognized in psychological circles that the bad habits of one generation can be passed on to the next. Many religious-minded folks naturally recognize a spiritual dimension to this kind of situation, calling it by various names such as ‘generational sins’ or ‘generational curses.’ It’s simply the belief that even though sins can be forgiven, their consequences can live on, often negatively influencing the lives of others for generations to come unless something is done to break the cycle. And since they believe there is a spiritual dimension to the problem, it follows there can be a spiritual solution. That’s the path the story line of Generational Sins ultimately follows.

As to whether secular audiences will take to such a conclusion remains to be seen. No doubt there are many for whom no amount of drinking, fighting, or swearing will make such an outcome appealing. And as for a lot of those faith-based movie fans who might appreciate the story’s denouement, the journey there may be too dark for their tastes. Given its uphill battle, Generational Sins could mark the next necessary step in the evolution of the faith-based film, or simply be consigned to being a one-off curiosity. We’ll find out when it’s released to theaters and video-on-demand this October.