F. Scott Fitzgerald and Hitler Knew How Important Culture Is 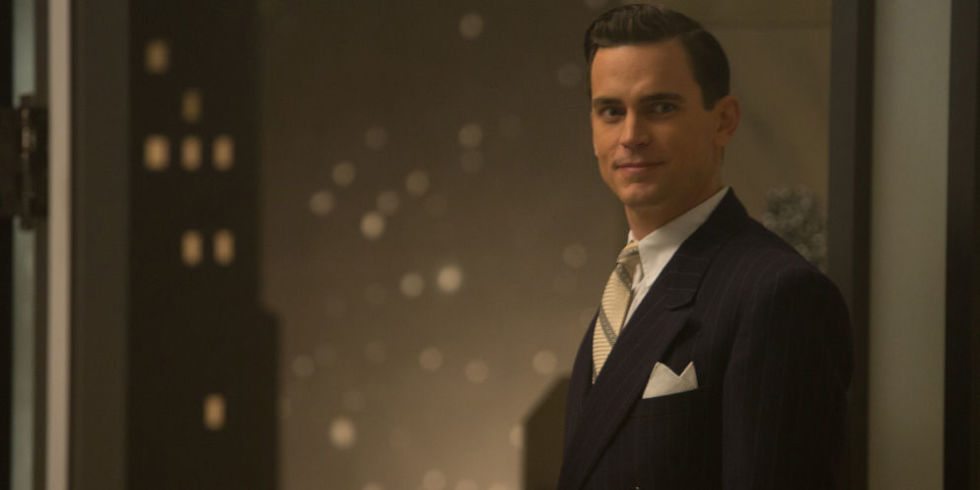 F. Scott Fitzgerald and Hitler Knew How Important Culture Is

Amazon just released the first episode of its original show The Last Tycoon, based on F. Scott Fitzgerald’s unfinished book by the same title, and the rest of the season came out yesterday. It’s a glitzy Hollywood story, a tragic romance, and a swanky period piece, but its Nazi subplot is the most interesting part.

As soon as we like the show’s Jewish hero Monroe Stahr, a proud Nazi plants himself in the office of Stahr’s boss. He’s Georg Gyssling, the new German consul to Los Angeles, and he’s there to make sure Stahr’s movie company is “not producing anything offensive to the German people”: a new law in Germany states that any production company creating films with “anti-German content” will not be allowed to export their movies to Germany.

This doesn’t sound like much of a threat until Stahr’s boss mentions that without the German market, American movie companies could go bankrupt. In fact, the financial loss is so daunting that the other, bigger movie companies have already bowed to the Führer’s law. The idea of losing German revenue, combined with the peer pressure of the other studios, convinces Stahr’s boss to agree to the new terms. “We make a product,” he says as an excuse. “We need someone to buy it.”

Technically, yes, but it still seems like a bad idea – supporting Hitler on anything seems bad, after all, and at some point there is a line between production and morality. Still, it’s hard to know what the law will actually mean until the consul returns to the studios the next day. Turns out he’s not just going to trust the production companies to follow the German wishes. Instead, he’s going to involve himself in the actual production, reading every script, demanding that all Jewish names be changed to something else, that Jewish actors not be cast, that films with necessarily Jewish characters not be made, and that any offices in Germany let their Jewish employees go.

For example, the consul likes a movie about the “triumph of the common man,” but requests that a character’s name in another movie be changed from Goldberg to Smith – even though the movie takes place in Borough Park, Brooklyn, one of the biggest Orthodox Jewish communities outside of Israel. He tells Stahr he’ll have to fire half his staff in Berlin. Finally, he says that a movie already in production cannot be made because it is about “a Gentile marrying a Jew,” which “offends the racial sensibilities of the German people.” Unless they change the characters’ names.

There’s no way this happened in real life though, right? Movie studios wouldn’t have let Hitler’s henchmen decide everything they produce. This is just a story, after all. What about all that Hollywood ego we hear about?

Apparently ego is second to money and a feeling of inclusion, because that’s exactly what did happen.

It started when All Quiet on the Western Front, the now-classic movie about World War I, was released in 1930. Everyone loved it except the Germans, who didn’t want to be reminded that they had lost that war. Joseph Goebbels, Hitler’s Minister of Propaganda, hated it so much that he organized a protest for the film’s German premiere, with yelling and stink bombs and mice. One week later the movie was banned from Germany by the censorship board.

Goebbels was seeing American influence on the European movie market first-hand, and while he actually enjoyed a lot of American movies, all things American were to be publicly hated and removed. So while his end goal was to replace America as Europe’s top film exporter, he decided to begin by influencing American cinema itself.

Hitler himself was a huge fan of movies – he reportedly watched one every night before bed – but he saw how powerful they could be, and how that power could be used to undermine his plans. As he wrote in Mein Kampf all the way back in 1925,

One must also remember that of itself the multitude is mentally inert, that it remains attached to its old habits and that it is not naturally prone to read something which does not conform with its own pre-established beliefs when such writing does not contain what the multitude hopes to find there…

The picture, in all its forms, including the film, has better prospects… In a much shorter time, at one stroke I might say, people will understand a pictorial presentation of something which it would take them a long and laborious effort of reading to understand.

There’s a lot of debate over just how much influence the Nazi regime had over the studios. The US did have a lot of film business in Germany, but most box office money came from domestic ticket sales. However, Gyssling really was the consul to LA, and he really did have some power over what movies would be made and what they would look like. He and his team researched which Hollywood actors and personnel were outspokenly anti-Nazi and refused to show any of their movies in Germany. They even banned the movies of one of their own, the native German starlet Marlene Dietrich.  It’s almost easier to say that all benevolence towards Nazis happened under financial coercion, as it’s depicted in The Last Tycoon, but the truth is more complicated.

Hollywood put a lot of restrictions on itself with its Production Code Administration, and there was anti-Semitic fear that anti-Nazi films were a Jewish plot to garner support for joining the war. Hollywood didn’t want to be made an enemy of the people, and the studios’ Jewish executives didn’t want to draw undue attention to themselves. As film critic David Denby said, “the studio bosses were all from Eastern Europe. They never lost their feeling that as outsiders and as Jews, it could all be taken away.” Producing movies sympathetic to the Jews almost certainly would have been construed as an attempt to encourage America to enter the war.

In fact, the potential to lose both money and public support was so great that entire movies were blocked, as Fitzgerald portrays. In 1933, the eventual writer of Citizen Kane, Herman J. Mankiewicz, and producer Sam Jaffe, both of whom were Jewish, decided to make a movie about the Nazi treatment of Jews. For over a year, the script was rejected by different boards, rewritten by different screenwriters to see if changing details or having a well-known author would make a difference. Eventually, in 1934, the idea was put to rest when Mankiewicz and Jaffe were unable to find an investor. Louis B. Mayer, the MGM co-founder on whom Stahr’s boss is based in The Last Tycoon, finally killed the idea when he said, “We have interests in Germany; I represent the picture industry here in Hollywood; we have exchanges there; we have terrific income in Germany and, as far as I am concerned, this picture will never be made.”

However, not all the studio executives were afraid of public backlash: the Warner brotherswere all about drawing attention. They were German-Jewish immigrants who had experienced anti-Semitism themselves while in Germany, and they were adamantly anti-Hitler. The Warner brothers did everything they could: they met with President Roosevelt privately to urge him to try to stop Hitler before he became too powerful, they gave radio time to the Hollywood Anti-Nazi League for free, and their studio was the first to produce an anti-Nazi movie: Confessions of a Nazi Spy, released in 1933. But the PCA responded by banning all anti-Nazi movies.

From the moment the ban was set in 1933, movie studios had to be extremely sensitive about how they portrayed foreign leaders, threats abroad, and anything that would clearly represent a contemporary foreign power. The only reason Charlie Chaplin’s The Great Dictator made it to the screen in 1940 – after production started back in 1938 – was that he owned his own studio and didn’t need to find funding from other producers. And he’d already been banned in Germany for being a Jew, even though he wasn’t Jewish, so he didn’t have a German market to worry about losing.

The PCA finally lifted the ban in 1941, just a few months before the US entered the war, and the slew of anti-Nazi films we now have were finally free to be made. Warner Bros. went to town and made nine such movies in four years, including the famous Casablanca.

Hitler, Goebbels, and Fitzgerald all recognized culture was the first battleground: infiltrate the mainstream culture and you infiltrate the beliefs and lifestyles of the consumers. We’re not involved in an all-out fratricidal world war, but culture is no less important now than it was 80 years ago. So the next time someone tries to tell you to stop focusing on the culture so much, tell them you’re preserving liberty on the frontlines, as peacefully as anyone can.