Was “The Defenders” Worth Waiting For?

Home Feature Was “The Defenders” Worth Waiting For? 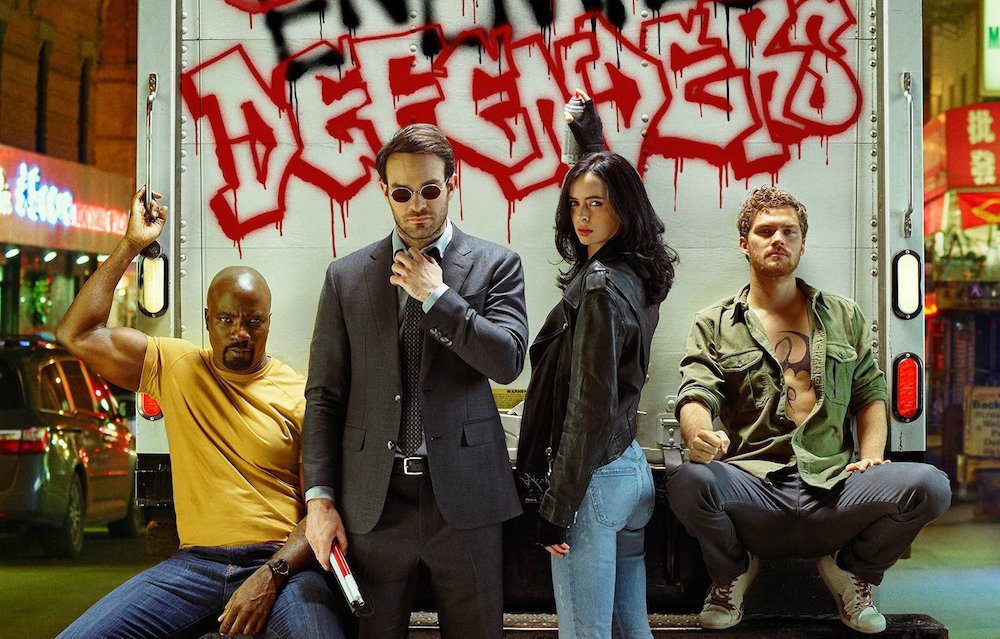 Was “The Defenders” Worth Waiting For?

I’ll admit that I fell for it. Netflix set up a countdown clock for the release of its new TV series The Defenders. And I actually sat there staring at the thing for several minutes. I came back to it several times. I felt a little foolish, submitting to such a marketing trick. But I wasn’t ashamed.

I’d already savored every episode of Luke Cage, following the most sympathetic and straight-up admirable hero to appear in American media for many years. I’d winced a lot through the raunchy and disturbing, but compulsively watchable Jessica Jones. A more sour and hard-to-like protagonist would be hard to come up with, but her courage in the face of staggering evil made the journey through hell worthwhile. (It was hard for me to root for David Tennant as Dr. Who after watching him torment Krysten Ridder, I can tell you that!)

I’d followed Iron Fist, that amalgam of Oriental wisdom and goofball naivete, just as addicted. And I’d nurtured a love/hate relationship with Daredevil. On the one hand, it was rewarding to see a fellow blue collar ethnic Catholic New Yorker cast as a hero. But his self-sacrificial drive sometimes overwhelmed simple prudence. I couldn’t always decide whether his actions were “Christ-like” or simply “Too Dumb to Live.”

And who can resist an organization as comprehensively villainous as The Hand? It combines all the worst elements of Scientology, George Soros, and the Russian mob. In The Defenders, it threatens to destroy not just Hell’s Kitchen, Harlem (or distant Kun L’un) but all New York City. So it takes four of the city’s bravest heroes to stand against this secret, selfish (but ethnically diverse) elite—led brilliantly by Sigourney Weaver.

So I binge-watched the whole series in a week. And yes, it was totally worth it. I’d say that the Defenders was better than any one of the single-hero series, except for Luke Cage, which it equaled. No, I won’t drop any spoilers. But I will round up what the critics have been saying, and tell you to absolutely make time to watch the series and judge for yourself.

This is a gritty and dark world where heroes doubt themselves, often fail at a task and end up beaten and battered. “The Defenders” continues what has been the driving theme of the four other shows: when you cut through all the mystical and inhuman elements, these are just four people pressed into doing something that will eventually save lives.

The fact that a show like “Daredevil” is downsized technically and supersized time-wise in comparison to big-budget superhero films only makes the content seem grittier and more human in scale. The gonzo special effects are lacking, but not the psychological depth. (OK, maybe Danny “Iron Fist” Rand isn’t that deep, but it sure is fun predicting how many times he’ll mention K’un-lun per episode.)

Patrick Smith of The Telegraph (U.K.) is less impressed. He says:

[W]hereas the Avengers franchise is bright and brash, The Defenders prefers to lurk in the shadows, characterised by murky cinematography and long night-time fight sequences…. Ultimately, though, the plot lacks the oomph of Daredevil and the wry savviness of Jessica Jones – and those without a prior knowledge of the characters may find it all slightly opaque. It wasn’t quite worth the wait.

I don’t agree, but judge for yourself. Check out the trailer and set aside eight hours to watch the series yourself.