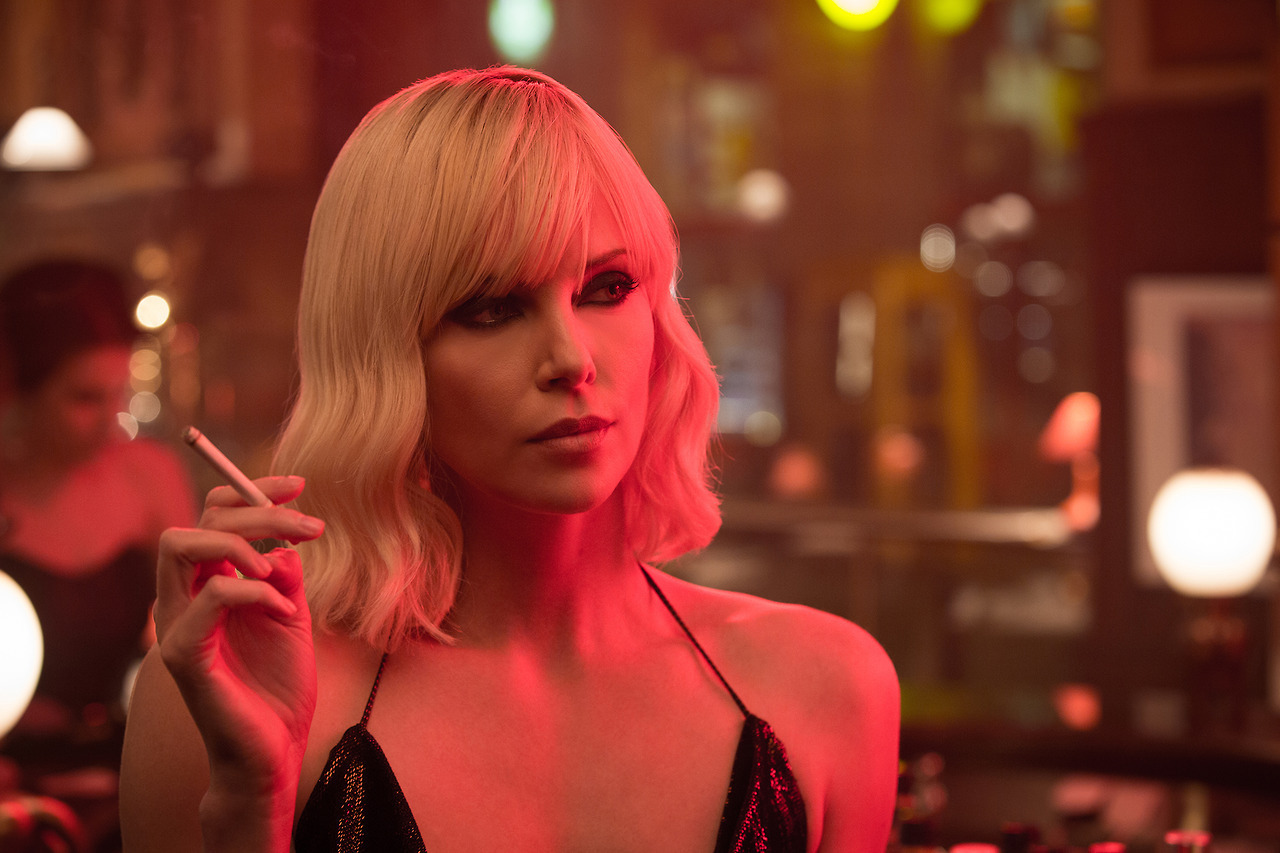 You really have to hand it to the marketing team of Atomic Blonde, the smash hit thriller starring the mighty and immensely talented Charlize Theron.

I can just imagine the way it must have gone.

Production: “This film is a serious piece of political historiography. It’s about remembering. Many young workers today were born after the Berlin Wall fell. We are in danger of losing a consciousness that communism in Europe even existed, much less how it ended. This film takes us back and shows what tyranny feels like and why it had to end.”

Marketing: “That’s fine but no one cares. So far as we are concerned, this is about a hot blonde who punches, kicks, stabs, and kills for a living, played by one of the world’s most sought-after actresses. She is beautiful and she does tough and edgy things. That’s what will draw people in.”

And that is indeed what draws the viewers. What they get, however, is a much-needed lesson in one of the most spectacular moments of modern history, one that will forever offer lessons for oppressed people everywhere.

From watching the trailer, it is not even obvious that this film takes us back to 1989.

Based on Sam Hart’s graphic novel The Coldest City, the plot covers those thrilling and tumultuous weeks and days when Eastern Germany suddenly went from ghastly prison state to being open to the West, the final result of a vast movement of resistance from the people below. The wall fell, but it was about more than that. It was about a new way of thinking about politics at the end of the Cold War: from controlled to free in the blink of an eye.

All punching and shooting aside, Atomic Blonde does capture the breakneck pacing of the period, a time when events unfolded faster than the news media could cover them. Many thought that the Cold War would last forever. Then one day, it was over.

At the start of the film, all Cold War dynamics are in place, with state actors killing anyone who tries to escape and spies and counterspies working their networks. To seek an end to the wall or to attempt to transverse it brought a death sentence. Real-life figures list 134 deaths trying to escape, but many estimate far more. The toll on civilization where it once thrived was far higher.

The poverty, despotism, corruption, and despair are palpable in the scenes from socialist/communist East Germany. The film tells the bitter truth that today’s fashionable socialist left so conveniently forgets. You can talk all you want about glorious socialist ideals but, in practice, socialism (because it is literally impossible to realize as an ideal) degenerates into top-down control by a police state charged with suppressing dissent. It’s not fancy; it’s just life lived on the other side of a huge wall, staring down the barrel of a gun everywhere you turned.

It matters because the East/West division after World War II provided a case study in free vs unfree economies. The West experienced what later came to be called a miracle of prosperity. The East became frozen in time just like every other case of socialism, a land of misery, statism, and impoverishment. One would think that observing this would be enough to settle this debate. But in order to learn lessons, you have to know about the experience.

The film opens with Ronald Reagan’s famous speech demanding: “Mr. Gorbachev, tear down this wall.” A text follows assuring the viewer that this movie is not about that. But actually, as it turns out, this is precisely what the film is about.

We are introduced to the East German underground with its obsessions over punk rock, blue jeans, and illicit contraband of all sorts. You can call it corruption if you want, but it is the way revolt looked in those days: personal, not institutional. The total state had broken whatever faith people might have developed in normal codes of civility and morality and this is what remained.

They craved a free life, whatever that meant.

In the mid-1980s, not much about this movement was known by those of us in the United States. There was no news of daily life and very little contact, just as with North Korea today. We knew there was a tyrannical regime ruling the East Side of a once-united Germany, but we had little knowledge of the rise of a resistance movement that would eventually assist in the demolition of the wall.

The Atomic Blonde is Lorraine Broughton, an agent of British intelligence who enters the East to find a list of double agents in Russia and Germany slated to be brought over to the West before they are slaughtered. She learns quickly that she can trust no one and faces a constant stream of lies, betrayals, violence, and death, right in the midst of emerging political chaos.

All the action seems to take place in a matter of weeks, and we are given a front-row seat to some of the strategies used by the resistance movement to foil the violence of a cruel regime.

Here’s what’s particularly interesting. The film is about spies and states. But they are not the actors that are driving the political narrative forward. The spooks did not cause the upheaval. They were there to adapt and move within the action, protecting their own as best they are able given fast-changing events. We are shown a revolution from below, how a people united in the goal of freedom will never be defeated. No matter how mighty and bloody a regime may be, it is powerless in the face of a population that refuses to submit.

And, yes, there are those hand-to-hand fight scenes that required a long period of training for Charlize (her trainers “basically made me puke every single day”). She cracked her teeth from clenching them so hard and had to get surgery to repair them. The results are spectacularly exciting, as she creatively uses intelligence and skill to overcome men twice her size. And sure, you can criticize them for their lack of realism, just as you would any James Bond flick. But that doesn’t take away the jolt you get from watching such highly stylized action.

For those of us who lived through this period and recall the thrilling excitement of those days when despotism fell so hard and fast through the region, it can be frustrating to see the way the socialist aspiration is portrayed by Hollywood: beautiful, brave, and idealized.

Atomic Blonde is a much-welcome respite from such nonsense. It shows the tyranny for what it was. It even includes a horrifying lineup of dissidents who are tortured simply for their political opposition. When was the last time you have heard of a blockbuster film that did that?

Go for the fights. Go for the girl. Go for the action. Whatever drives people to this film, they cannot and will not miss the political takeaway. That wall, and the tyranny it hid, had to go.